FORTALEZA, Brazil, Aug 18 2011 (IPS) - Biofuels are an alternative energy source that can drive local development by generating jobs, know-how and technology. But they can also cause social damage, as locals fear in the case of industrial-scale exploitation of babassu palm trees, which grow abundantly in the wild in central and northern Brazil. 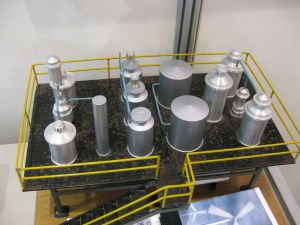 Some 400,000 women and their families living on the eastern edge of the Amazon jungle depend on the babassu palm (Orbignya phalerata) for a livelihood. The women are known as “quebradeiras” (breakers) because they collect and break the coconuts.

These subsistence-level households sell the coconut kernels, from which the oil is extracted and used as vegetable oil and in the soap and cosmetic industries, for cash. They also use the starch-rich fruit to produce a kind of flour, and the rest of the coconut is used for animal feed and charcoal.

The traditional quebradeira communities also use the leaves of the tall babassu palm tree for roof thatch, woven house walls, and basket-making, while the trunks can be used as building materials.

The Interstate Movement of Babassu Coconut Quebradeiras (MIQCB) has warned of the threats to the members’ livelihood from the pig iron and ceramics industries, which use the coconut shells and husks to make charcoal on a larger-scale, and pose unfair competition by hiring poorly-paid coconut breakers, said MIQCB adviser Luciene Figueiredo.

These industries burn the entire coconut, she said, wasting the kernels – of which there are three to five in each coconut – and the nutritional potential of the fruit, while causing air pollution, Figueiredo said.

The government of the central state of Tocantins has banned the use of babassu coconuts in industrial furnaces, but the other three states where MIQCB members are active have not done so, she complained.

The burning of the kernels produces acrolein, a toxic fume. For that reason, the use of vegetable oil as motor fuel before it is turned into biodiesel is prohibited, said Marcelo Rodrigues, a chemical engineer at Tecbio, a biofuel technology company.

Tecbio itself is posing a threat to the babassu subsistence economy. The firm, based in Fortaleza, the capital of the northeast state of Ceará, near the areas where the babassu palm tree grows wild, has developed and is trying to sell a system of industrial processing that would replace the quebradeiras.

The coconut breakers do their work manually, breaking the hard- shelled coconut with an upturned axe blade and a wooden stick used as a kind of hammer. Several small machines have been invented to make the work less dangerous, but none of them have been approved by the quebradeiras themselves.

Tecbio, founded by Brazilian biodiesel inventor Expedito Parente, has designed a plant to produce ethanol from the babassu coconut. According to the company’s literature, it will produce 80 litres of ethanol per ton of babassu coconut.

The company has also developed a machine to produce compact briquettes from the coconut shell, whose density increases the heating capacity, Rodrigues said, adding that “a large company” has expressed an interest in the charcoal substitute.

The babassu coconut kernels can also be used to produce biodiesel and bio-kerosene as aviation fuel that has the advantage of functioning well at low oxygen levels, he explained while attending the All About Energy 2011 fair on renewable energy sources held in July in Fortaleza.

The quebradeiras have been recognised as one of the “traditional populations” that enjoy protection under Brazil’s environmental laws. These groups also include the “seringueiros” – Amazon jungle rubber- tappers – and small-scale fishing communities.

The Brazilian government guarantees the coconut breakers a minimum price for their kernels.

The quebradeiras have been organised in the MIQCB, which includes associations, cooperatives and working groups, for 16 years. Most of the women harvest and break coconuts, but several hundred work in 26 plants that produce vegetable oil and soap.

The movement is fighting for the conservation of threatened groves of babassu palm. The country’s vast fields of soy have reached the southern part of the state of Maranhão in northern Brazil, and are still expanding. There are also growing plantations of eucalyptus, used to produce charcoal and paper pulp, which are crowding out native forests.

Under Maranhão state law, it is illegal to cut down babassu palm trees. But the legislation contains so many loopholes that it has ended up fuelling rather than curbing deforestation, according to environmentalists.

Another ongoing struggle waged by the quebradeiras is regaining free access to groves of babassu palm trees on private land, and preserving access to trees on public land.

The women plied their trade freely in Maranhão until 1969, when approval of a law formalising rural land ownership fomented the occupation – legal or illegal – and fencing off of land by private owners.

Since then, the MIQCB has successfully pushed for passage of several municipal laws that have guaranteed the quebradeiras access to babassu palm trees on both public and privately-owned land. But some states have only granted the women legal access to trees on public land, leaving authorisation to harvest coconuts from babassu groves on private land up to the owner.

The MIQCB’s goal is a national law guaranteeing free access to the trees. A bill to that effect was introduced in the lower house of Congress in 2007, but it is not expected to be voted on any time soon.

However, the bioenergy boom could change things, with new and powerful actors fighting over babassu palm trees.

Demand for energy biomass is growing fast, said Laercio Couto, a retired professor from a state university who now works as a consultant for large companies.

Europe and Japan are signing long-term contracts for importing millions of tons of biomass in pellets, to replace fossil fuels, he said.

One large Brazilian pulp company, for example, is planting eucalyptus trees in Maranhão to meet the demand, making use of its experience in the monoculture tree plantations to expand its business into the field of energy, Couto noted.

The retired professor has developed a technology for the intensive planting of eucalyptus, to cater to the needs of the growing bioenergy market.

In response to the demand for biomass, a sugar cane genetic improvement company in São Paulo is now trying to develop varieties that produce more fibre and less sucrose – running counter to past research.

It is difficult to escape the bioenergy fever.

Babassu palm trees grow on 185,000 square km of land in four Brazilian states, an area equivalent to half of the territory of Japan. The trees are most heavily concentrated in the south of Maranhão, in the transition zone between Brazil’s semiarid northeast and the Amazon rainforest.

They proliferate and become dominant in deforested areas, because they grow faster in shade-free places. Thus, harvesting the babassu coconuts is more similar to farming than other activities involving more widely dispersed wild-growing trees or vegetation, such as rubber-tapping in the Amazon jungle.

The challenge is to incorporate the quebradeiras into larger-scale mechanised harvesting systems, enabling them to benefit from a leap in productivity and profits as the bioenergy industry grows.