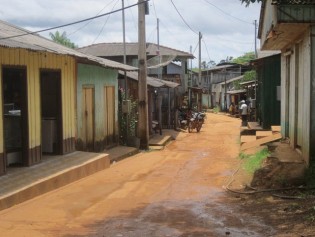 By Humberto Márquez
“All of the countries of the Amazon basin say they want to protect the environment, but they all have agreements with transnational corporations for the construction of roads or for mining and exploitation of forests,” Curripaco indigenous leader Gregorio Díaz Mirabal, from the south of Venezuela, told Tierramérica.*

By Mario Osava
Everything indicates that the decisive battle between harnessing hydropower and preserving the Amazon will play out in the Tapajós river basin in Brazil. At stake there are a potential of nearly 30,000 MW and a vital part of the Amazon rainforest.

By Ángela Meléndez
The Ecuadorean government’s decision to allow oil drilling in the Yasuní National Park, one of the most biodiverse areas of the planet, has caused alarm among environmentalists and indigenous people, who are calling for a referendum on the issue.
Next Page »
ADVERTISEMENT ADVERTISEMENT