UNITED NATIONS, Sep 20 2011 (IPS) - Cuba is urging the U.N. General Assembly to again condemn the U.S. embargo during its 66th session this week, in an annual ritual that has been a political and moral victory for the socialist nation but with little real impact. 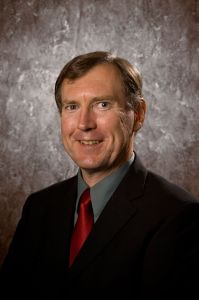 The election of U.S. President Barack Obama gave critics of the embargo hope for a policy of change toward the island. Obama lifted several restrictions by executive order, including the travel ban for U.S. students and religious organisations and the sending of money under certain conditions.

Nevertheless, changes have been modest and the embargo has been extended for its 50th year.

Even if the U.N. General Assembly does schedule a vote on the “Necessity of ending the economic, commercial and financial embargo imposed by the United States of America against Cuba” – this year would make the 20th time it has done so, with a vote overwhelmingly in support of Cuba – it will likely have “a very limited effect”, Daniel Griswold told IPS.

In his book “Economic Casualties: How U.S. Foreign Policy Undermines Trade, Growth and Liberty”, the director of the Herbert A. Stiefel Center for Trade Policy Studies argues that economic sanctions are not effective instruments of foreign policy.

IPS correspondent Tressia Boukhors talked him about the evolution of U.S-Cuba relations since Obama’s election and what the future holds.

Q: What changes do you see in U.S.-Cuba relations since Barack Obama’s presidency and the new travel edict? A: Any changes in U.S policy towards Cuba have been incremental. The president has relaxed some restrictions on travel, on remittances and this is taking U.S. policy in a more positive direction. But the changes have not been dramatic.

He really had an opportunity his first two years when Democrats dominated Congress to change the law. But the president has done virtually nothing in terms of leadership in changing U.S. law. He has just modified, through executive order, some of the restrictions.

I don’t expect the travel changes to have a major impact on the number of Americans visiting Cuba. The changes so far only affect students and religious organisations.

Q: President Obama extended the embargo through Sep. 14, 2012, determining that it is “in the national interest of the United States”. Does this policy have a future in a globalised world? A: Our embargo against Cuba made some strategic sense during the Cold War but, of course, even that rationale disappeared 20 years ago with the end of the Soviet Union. So now, it is really just a political statement that we don’t approve of the government in Cuba.

But after 50 years, the embargo has failed to change the nature or the practices of the Cuban regime. It has isolated the United States from other countries and reduced U.S. influence within Cuba. It has cost the United States billions of dollars in potential exports and restricted the freedom of American to travel in Cuba and do business there. It is just a failure by any measure and completely out of step with global trends towards more trade and foreign investment and economic integration.

Q: Denouncing U.S. policy towards Cuba has become an annual ritual during the General Assembly during the last two decades. Can we expect stronger international pressure this year and does the denunciation have any real meaning at this point? A: Any declaration from U.N members will have a very limited effect on U.S. policy in Cuba. That policy is really driven by domestic U.S. politics, by a perception of a U.S. national interest, even though the embargo has long ceased to serve that interest.

Change will come when the domestic politics change here in the United States, when a new generation of Cuban-Americans assume leadership, when economic interests make their voices heard in Washington that we’re losing business and when the cumulative record of failure becomes more clear. I don’t think a U.N. declaration will be a deciding factor.

Q: Do you foresee any further opening of U.S. policy toward Cuba in the near future? A: It is kind of hard to figure out the international politics of this issue, but the deciding factor again will be domestic politics and perception of U.S. national interest. I don’t think global pressure is going to play a decisive role here.

The embargo does hurt the Cuban people, no question about it, although they’re hurt far more by the failed policies of the Castro government. But it really is an internal policy decision of the United States. The U.S. government needs to decide how long it will continue paying an economic and political price for a policy that has no measurable benefit.

Q: Do you think the communist system in Cuba would survive the absence of Fidel Castro? A: It is hard to predict the path of Cuba in a post-Fidel Castro world. The communist system can have its own inertia – people entrenched in power. But I do think if reform continues in Cuba or if they make significant moves towards liberalising their economy and their political system, that may create an opening for the United States to change its policy.

Fidel Castro’s rule in Cuba has been a tragedy for the Cuban people. The sooner it ends the better. Hopefully, if Cuba turns toward free- market democracy, the United States will be able to respond by lifting the embargo. Let’s hope that day comes soon.

Q: Why have economic sanctions become the main weapon in the U.S. foreign policy? Does the embargo against Cuba represent an isolated case? A: U.S. foreign policy has relied too heavily on economic sanctions as a tool to influence other governments. Sanctions seemed to reach a high water mark in the late 1990s, but since then the U.S. government has not been quite so quick to pull the trigger.

Thanks in part to an active business community, lawmakers became more sensitive to the economic cost of sanctions in terms of lost export and investment opportunities. It has also become increasingly clear that sanctions rarely achieve their stated objective. The Cuban embargo is one of the more obvious examples of that failure.