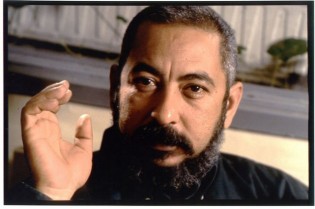 By Patricia Grogg
The normalisation of relations between Cuba and the United States opens up a new path of “readjustments not free of risks”, which forms part of the process of “national transformation” ushered in by Raúl Castro, said Lenier González, one of the creators of the citizen initiative Cuba Posible.

By Jared Metzker
Experts here are stepping up calls for the U.S. government to remove Cuba from an official list of "state sponsors of terrorism", arguing that the country's presence on the list is anachronistic and makes neither legal nor political sense.

By Tressia Boukhors
Cuba is urging the U.N. General Assembly to again condemn the U.S. embargo during its 66th session this week, in an annual ritual that has been a political and moral victory for the socialist nation but with little real impact.

By Patricia Grogg
The Cuban government welcomed the latest U.S. measures to ease restrictions on travel and remittances to this country, but said they had a "limited reach."

By Patricia Grogg
While the Cuban government has intensified its protests against the U.S. embargo, typically hostile signals between the two nations have been mixed with hints of a more relaxed tone since U.S. President Barack Obama took office.

By Charles Davis
U.S. citizens of Cuban descent are once again free to travel to Cuba and send an unlimited amount of money to their relatives on the island, but for the most part U.S. policy toward the communist nation hasn't changed under President Barack Obama.

By Katie Mattern and Jim Lobe
Sunday's announcement by Secretary of State Hillary Clinton that Washington will begin talks with Cuba on bilateral migration issues and resume direct postal service between the two countries suggests the new administration of President Barack Obama intends to proceed cautiously toward normalising ties with the Caribbean nation, according to veteran experts here.

By Patricia Grogg
Bolstered by international support for its demand for an end to the embargo, Cuba could sit down with the United States to talk about a number of matters of mutual interest while it awaits the lifting of the web of restrictions that have weighed on its economy for nearly half a century.

By Jim Lobe
Fulfilling a key campaign promise, U.S. President Barack Obama Monday lifted all restrictions on Cuban-Americans to visit their homeland and send money to family members there.
Next Page »