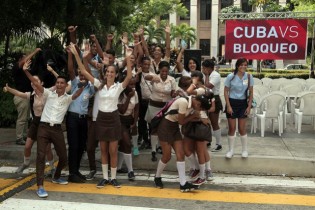 By Prem Shankar Jha
In the following months, reports of the use of chemical weapons by Syrian forces multiplied. The most serious was an allegation that the Syrian army had used sarin gas on Mar. 19, 2013 at Khan al Assal, north of Aleppo, and in a suburb of Damascus against its opponents. This was followed by two more allegations of small attacks in April.
Next Page »
ADVERTISEMENT ADVERTISEMENT