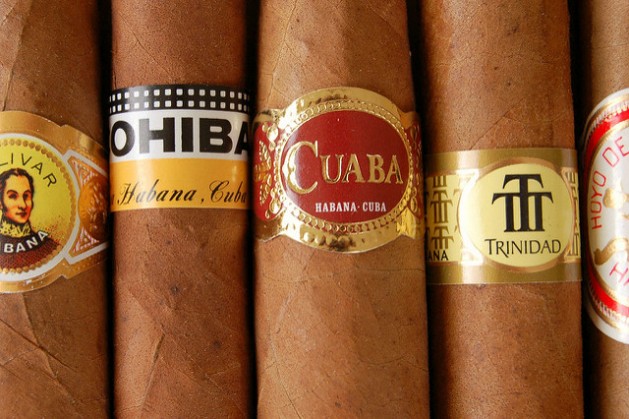 ROME, Oct 23 2016 (IPS) - After more than a half-century of a commercial, financial and economic embargo, U.S.-Cuban trade relations took a significant step forward this month.

On Oct. 14, the Barack Obama administration announced a round of executive actions designed to increase trade and travel with Cuba. One of these included lifting restrictions on Cuban rum and cigars for U.S. travelers in Cuba.

The executive actions were taken following a series of changes made since Obama and Cuban President Raul Castro announced on Dec. 17, 2014 that they were committed to normalise relations after decades of enmity.

The lifting of trade restrictions signifies the willingness of both policymakers and the public to form a positive relationship between the U.S and Cuba. Many hope the breakdown of trade barriers will lead to a new era of economic vitality for Cuban citizens.

The Obama administration has called for a rescinding of the 50-year-old economic embargo on the island. The U.S. administration’s ultimate goal would be to make Obama’s trade policy with Cuba irreversible through the establishment of a wide network of trade relationships strong enough to defeat any future opposition from the public or Republican lawmakers alike.

Although lifting restrictions on cigars and rum may seem like a small step, these reforms could pave the road to open trade between the nations. There is just as much demand in Cuba for U.S commodities such as rice, wheat, and corn as there is in the U.S. for organic fruit, seafood and sugar produced in Cuba. With over 11 million citizens just 90 miles off the Florida coast, Cuba presents itself as a prosperous market for U.S food and agricultural exports.

Advocates of normalising trade relations say it would not only enhance Cuban citizens access to affordable food, it will also provide the U.S agri-business sector with a host of new trade opportunities with the island nation. Lifted restrictions will also make it easier for U.S. companies to import Cuban-made pharmaceuticals and for Cuban citizens to purchase affordable, high-quality products from the U.S online.

“The Treasury Department has worked to break down economic barriers in areas such as travel, trade and commerce, banking, and telecommunications,” Treasury Secretary Jacob Lew explained in a statement.

“Today’s action builds on this progress by enabling more scientific collaboration, grants and scholarships, people-to-people contract, and private sector growth. These steps have the potential to accelerate constructive change and unlock greater economic opportunity for Cubans and Americans.”

Many believe this lift could rebuild the booming rum and cigar trade relations the U.S. shared with Cuba in the past. In fact, cigars are widely considered to be Cuba’s most prized export. The island is renowned for being one of the world’s best tobacco producers.

In the 18th century, tobacco was the second most exported product in the nation, after sugar. Before the embargo, the U.S and Cuba shared a close trade relationship with the U.S having consumed some 300 million Cuban cigars by the mid-19th century, and many Cuban cigar-makers migrating to nearby Florida, where Tampa became known as “Cigar City” by the early 20th century.

Now, U.S citizens can also enjoy the limitless consumption of what has made Cuba’s known as the ‘Isle of Rum’. Through an age-old tradition of rum-making using a combination of world-famous sugar cane (first introduced by Christopher Columbus in 1493), a favourable Caribbean climate, fertile soil, and the unique know-how of Cuban “Maestro Roneros” (master rum-makers) this distinctly Cuban beverage is sought after the world over.

Lawrence Ward, a partner at Dorsey & Whitney, an international law firm focused on U.S. national security law, international trade compliance law and licensing, said that, “Today’s announcement is a massive development in further opening trade between the United States and Cuba. The Obama Administration has been committed to normalizing U.S.-Cuban relations and these new changes come at an interesting time when U.S.-Russian relations are quite tense.”

Ward added that Cuban tobacco and alcohol products are two of the most sought after commodities for U.S. tourists to bring home for personal use.