UNITED NATIONS, Sep 10 2011 (IPS) - “The anger that rushes through me goes well beyond the hellish night I’ve just lived through. In a flash, I feel a terrible bond not only with the victims of September 11th but also with the kids brainwashed to become instruments of death in the name of an invented Islam,” Mariane Pearl wrote in her 2003 book “A Mighty Heart”. 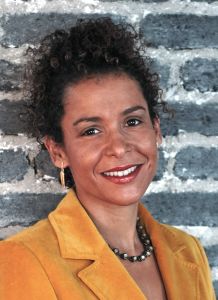 The previous year, Pearl was five months pregnant when her husband, Wall Street Journal reporter Daniel Pearl, was kidnapped and brutally killed in Karachi, Pakistan, for allegedly being a CIA spy.

Later, the French journalist would write that the Islamic fundamentalist group that committed the murder chose her husband just for being Jewish and a U.S. national, in an emblematic case of terrorism and discrimination based on race and religion.

In an interview with IPS nine years after the incident, Pearl discussed her participation at the upcoming Global Summit Against Discrimination and Persecution, a civil society initiative to take the lead in defending human rights, rather than waiting for action from governments and international bodies.

“Many of us are wary of politicians and organised bodies. It is much more difficult to be cynical about individuals who, with their own lives, have elevated our humanism,” Pearl told IPS.

The Sep. 21-22 Global Summit is taking place in New York at the same time as the 66th Session of the U.N. General Assembly and the tenth anniversary of the Durban Conference on Racism, Discrimination and Xenophobia.

The summit is expected to produce draft resolutions for governments to adopt on genocide, torture, discrimination and basic freedoms.

Pearl plans to focus on women’s rights and empowerment. In her second book, released in 2007, “In Search of Hope”, she presented the stories of extraordinary women from all over the world.

IPS Correspondent José Domingo Guariglia interviewed Pearl about her expectations for the summit, how civil society can fight human rights violations, the legacy of Daniel Pearl, and the Sep. 11 terrorist attacks.

Q: Why did you decide to participate in the Global Summit Against Discrimination and Persecution? A: Global efforts and commitments to address issues undermining us all as human beings are worth the effort. I think that we are heading to a world where international cooperation, dialogue and understanding are vital for our very survival.

Q: The summit will be held parallel to the 66th session of the U.N. General Assembly. Do you think the governments will pay enough attention to it? A: No, the appropriate attention would mean that the summit is held within the U.N. addressing the General Assembly. It is difficult for politicians to pay enough attention to those issues as they struggle to appropriately value other vital problems such as education. On the other hand, a world leader that does not truly understand the importance of defending human rights might not deserve people’s trust.

Q: At the panel, you will be joined by Yang Jianli, John Dau and Rebiya Kadeer, among others. What do you think all of you have in common? A: I wouldn’t be able to tell you what we have in common as when I read about what all of them have done, I felt incredibly humbled. To me these individuals are like lighthouses.

Our societies often feel like lost ships swayed by countless currents and lured by many illusions, such as greed. These people all have been through a lot of sufferings and through those sufferings they have learned.

We should capitalise on their knowledge and aspire to understand what they know, so we can defeat the root causes of discrimination and wars.

Q: The event is being organised by a coalition of NGOs. What’s the role of non-governmental organisations, civil society and the U.N. in the defence of human rights? A: In general, I believe that civil society will become more and more important in defending human rights. Many of us are wary of politicians and organised bodies. It is much more difficult to be cynical about individuals who, with their own lives, have elevated our humanism.

Personally, I find the NGO landscape quite confusing. Some do remarkable work, some don’t, but it is important that they retain people’s trust.

To me the U.N. is an utterly imperfect body but it is the world’s answer to war and genocide. It is our instrument for global dialogue and that dialogue needs to exist. Part of that dialogue, probably the most important part, is about listening. We have to find a way to communicate.

Q: You focused on the stories of courageous women in your last book “In Search of Hope”. Why did you choose to explore gender issues? A: I approached women stories as a journalist and I was blown away by what I saw everywhere in the world regardless of context, race or religion. Most of the valuable transformations requiring a tremendous amount of resilience, courage and compassion are undertaken and carried through by women.

I just think that women are an incredible asset for peace and development if they are given a chance.

Q: How do you think the international community can address the hate that has spread in countries like Pakistan and has taken the lives of many, including your husband? A: I think that if we care to look closely, we can find many individuals whose lives and messages defy even the most ruthless or hateful propaganda. It takes so much more strength and courage to resist violence than to give in to those instincts.

There are many people who are ready to sacrifice their lives to the hatred they feel so we can only hope that there will be many more who are willing to give it all to spread hope like others spread fear.

I think Danny (Daniel Pearl) has accomplished a lot for someone who had a rather short life. He has inspired countless individuals worldwide. His example shows that you are as good as the values that guide your life.

Q: Ten years have passed since the 9/11 terrorist attacks. What has changed? A: So much has changed. The Arab world is undergoing its own revolution which, as painful as it is, can also be the best we can hope for. The dialogue between civilisations will always be a struggle.