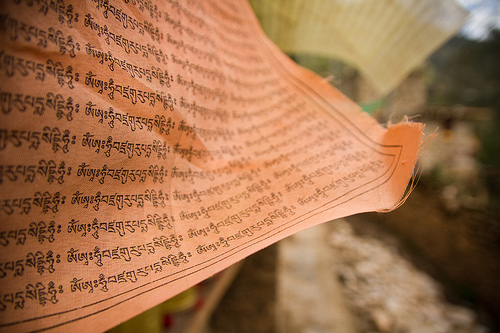 The monk attempted to burn himself to death following an unprecedented wave of self-immolations in the western Chinese province of Sichuan, which has a large Tibetan population.

Dawa Tsering, a monk in his thirties from the Kardze Monastery in Ganzi Tibetan Autonomous Prefecture, set himself on fire on the morning of Oct. 25, according to a statement released on ICT’s website which cites ‘exiled sources’ and ‘eyewitness’ accounts.

The statement claims that Dawa Tsering was participating in the Torgyak Ritual, an annual ceremony in which monks dance and burn food to make offerings for the year ahead, when he set himself ablaze in front of an audience of hundreds of local people.

The monk reportedly was still alive after the flames were put out. However, his whereabouts are now unknown.

The most recent immolation has become the tenth this year. Nine others have set themselves on fire since March in Sichuan’s Aba prefecture – the site of an influential monastery – which is located about 100 miles south of Ganzi (known to Tibetans as Kardze).

At least five have died of their wounds, including Tenzin Wangmo, a 20-year-old nun, who set herself alight last month while reportedly calling out for the end of Chinese rule and the return of the exiled Dalai Lama to Tibet.

China, which has asserted its jurisdiction over Tibet since occupying the Himalayan region in the 1950s, claims that the immolations are “terrorism in disguise” propagated by the Dalai Lama and outside Tibetan independence groups.

While Beijing has refrained from whipping up a Chinese nationalist fever over the immolations in the state- run press – as it did during the 2008 Tibetan unrest during the Beijing Olympics – officials have claimed that the self-immolations go against the basic tenets of Buddhism.

Tibetan advocacy groups, however, say that Beijing is to blame for its increasingly tight surveillance over the Tibetan plateau region in Sichuan.

“This wave of self immolations is a new development. It is deeply disturbing,” Kate Saunders, communications director for ICT, tells IPS on the phone from Delhi. “The loss of life is indicative of the anguish and desperation experienced by Tibetans in the area under this crackdown that leaves them no space for ordinary life, no space to carry out their religious practice.

Robert Barnett, a Tibetan scholar from Columbia University, believes that the increasingly tight surveillance of Tibetan areas of Sichuan has created a “pressure cooker syndrome” leading to the unprecedented immolations.

“We don’t know the exact conditions there, but we can see by looking at the government expenses in Sichuan that the amount of money spent on security in Tibetan areas of Sichuan is about four times higher per person than any other parts of Sichuan – the increase began to become very prominent since about 2006,” Barnett tells IPS.

“It seems that the authorities had already increased security activity in these areas to a very high level, even before major unrest broke out in 2008. It seems that this was a pre-emptive way of putting pressure on that monastery, which has become counter-productive.”

According to a report by the New York-based Human Rights Watch, security measures imposed include armed guards surrounding the monasteries, cutting water and food supplies, and monks being removed for ‘political education’, where they are forced to renounce the Dalai Lama, considered by Tibetans to be their rightful leader.

Tsering Woeser, the Tibetan activist and author of Notes on Tibet, states that the immolations must be seen as a “process of sacrifice” to bring the increasing clampdowns on Tibetans into the public eye.

“People who think these actions are suicides don’t really understand the Buddhist doctrine,” Tsering Woeser tells IPS. “It’s a process of sacrifice. Buddhism is against suicide but those monks didn’t commit suicide for themselves but for all the Tibetan people.