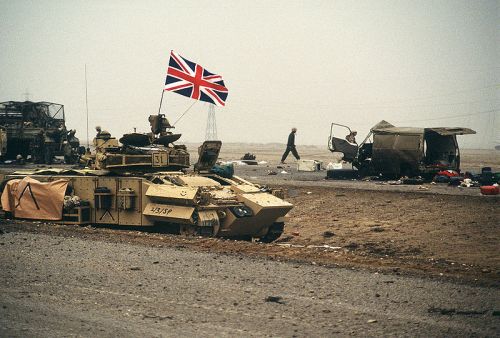 UNITED NATIONS, Apr 17 2012 (IPS) - The global economic crisis – which had its origins back in 2008 – has had a spreading negative impact on military spending worldwide, according to a new study released by the Stockholm International Peace Research Institute (SIPRI).

The United States, France, Germany, UK, Brazil and India, described as some of the world’s biggest military spenders, have either downsized their defence budgets or made marginal increases as part of their attempts to reduce national budget deficits.

The governments of Greece, Spain, Italy and Ireland have also made “far larger cuts as a result of their sovereign debt crises”, and most central European countries have made “severe cuts”, according to SIPRI.

“The after-effects of the global economic crisis, especially deficit- reduction measures in the USA and Europe, have finally brought the decade-long rise in military spending to a halt – at least for now,” Dr. Sam Perlo-Freeman, head of the SIPRI Military Expenditure Project, said Tuesday.

According to the SIPRI study, military expenditure by the United States, the world’s top military spender, fell by 1.2 percent in real terms, or 8.7 billion dollars in 2010 prices.

This is partly attributed to the long delay by the U.S. Congress in agreeing a budget for fiscal year 2011, as the administration of President Barack Obama clashed with Republicans over how to reduce the budget deficit.

“This trend is likely to continue as deficit-reduction measures approved by the Congress in 2011 will restrict the future growth of the base military budget,” the study said.

In addition, said the study, it is expected that the withdrawal of U.S. military forces from Iraq and the drawdown in Afghanistan will lead to falls in additional war spending.

Meanwhile, the three top spenders in Western Europe – France, Germany and the UK – have begun to reduce spending as part of austerity measures imposed to reduce budget deficits.

France’s military budget has fallen four percent since 2008, and while reductions over the same period in Germany (1.4 percent) and the UK (0.6 percent) have been more modest.

Both countries, however, plan further cuts in the coming years, according to SIPRI.

The notable exceptions outside Europe were China and Russia which increased their military spending markedly.

Russian military spending increased by 9.3 percent in 2011, reaching a total of 71.9 billion dollars, which now makes the country the third largest military spender worldwide, overtaking the UK and France.

The small rise of just 0.3 percent in 2011 marks the end of a run of continuous increases in military spending between 1998 and 2010, including an annual average increase of 4.5 percent between 2001 and 2009, according to SIPRI.

Dr. Perlo-Freeman said it is too early to say whether the flattening of military spending in 2011 represents a long-term trend.

“While we are likely to see some further falls in the USA and Europe in the next few years, trends in Asia, Africa and the Middle East continue to be upward for now, and any major new war could change the picture dramatically,” he warned.

In an analysis of the numbers, Dr. Natalie J. Goldring, a senior fellow with the Center for Security Studies in the Edmund A. Walsh School of Foreign Service at Georgetown University, told IPS that SIPRI’s new update on military expenditures emphasises the relative stability in military expenditures from 2010-2011.

“The accompanying data, however, tell a different story,” she pointed out.

SIPRI’s message about stability masks the most important part of the SIPRI data, which is the massive increase in worldwide military expenditures since 9/11, Dr Goldring said.

“This is an enormous increase of more than 40 percent worldwide,” said Dr Goldring.

SIPRI data indicate that the global increase in military spending from 2002 to 2011 was nearly 500 billion dollars.

“That’s distressing. But it is even more disturbing that U.S. military spending increases accounted for more than half of this global spending surge,” Goldring said.

U.S. military spending, she noted, increased by more than 50 percent over the period.

In 2011, she said, the United States accounted for more than 40 percent of global military spending. The most significant potential competitors whose budgets are closest to the U.S. military budget are Russia and China.

According to SIPRI experts, military spending levels have been levelling out in large part because of problems in the global economy. That suggests that military spending is likely to increase again as the economy improves.

“Instead of ratcheting up spending again as the global economy improves, countries would be better served to take a serious look at their priorities,” Goldring said.