WASHINGTON, Apr 4 2012 (IPS) - Politicians in the United States must ritualistically assert that the U.S. is and always will be the world’s leading economic, military and political power. This chant may help win elections in a country where respectable people deny global warming and evolution, but it has nothing to do with the real world. 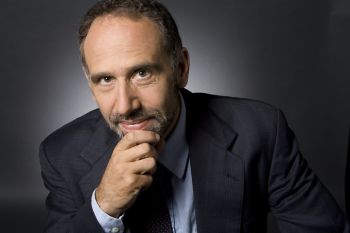 Those familiar with the data know that China is rapidly gaining on the U.S. as the world’s leading economic power. According to data from the International Monetary Fund (IMF), China’s economy is currently about 80 percent of the size of the U.S. economy. It is projected to pass the U.S. by 2016.

However, there is a considerable degree of uncertainty about these numbers. It is difficult to accurately compare the output of countries with very different economies. By many measures China is already well ahead of the U.S.

It passed the U.S. as the world’s biggest car market in 2009. In most categories of industrial production it is far ahead of the United States and it is a far bigger exporter of goods and services. The number of people graduating college each year with degrees in science and engineering far exceeds the number in the U.S. And China has nearly twice as many cell phone and internet users as the U.S.

A new study that carefully examined China’s prices and consumption patterns concluded that it is far wealthier than the widely used data indicate. According to this study, China’s economy may already be as much as 20 percent larger than the U.S. economy.

Furthermore, even if its growth rate slows to the 7.0 percent annual rate that many now expect, China’s economy may be close to twice the size of the U.S. economy in the span of a decade.

This raises all sorts of interesting questions about the future of the U.S. and China in international relations. Regardless of whether or not China’s economy is bigger than the U.S. economy, it clearly does not exercise anywhere near as much influence internationally. China’s leaders have been content to let the U.S. continue to play the leading role in international bodies and in dealing with international conflicts, intervening only where it felt important interests were threatened.

This pattern should not be surprising since the U.S. was slow to assert itself internationally, even though by every measure it was the world’s pre-eminent power following World War I. The result was that for the next quarter century, the United Kingdom ended up imagining itself to be far more important to the world than it actually was. Perhaps, the U.S. is doomed to play a similar role.

The growing power and influence of China will have both positive and negative aspects. On the negative side, democracy in the U.S., even with the corrupting impact of money on politics and the abuses of freedom carried out in the name of the War on Terrorism, still presents a better political model than one party rule in China.

Fortunately, China has shown no interest in trying to impose its political system elsewhere. For this reason, the ascendency of China may not pose a threat to the spread of democracy elsewhere. (Of course, in spite of its ideals, the United States has hardly been a consistent supporter of democracy in other countries.)

The growing power of China has already increased the options available to many countries in the developing world. Since China can provide far greater amounts of capital than the IMF, World Bank and other U.S.- dominated institutions, it provides developing countries with an important alternative. They need not adopt policies to appease these institutions to weather economic storms.

One area in which China’s policy can have an enormous impact is intellectual property. The rules on patents and copyrights that the U.S. has sought to impose on the rest of the world are incredibly wasteful. This is most apparent in prescription drugs, where patent monopolies allow companies to charge hundreds or even thousands of dollars for drugs that would sell for five to 10 dollars in a free market.

Not only do patents make cheap drugs incredibly expensive, they also lead to bad medicine, as huge patent rents encourage drug companies to lie and cheat to sell more of their drugs. It’s rare that a month passes when we do not hear of a scandal where a drug company concealed information about the safety or effectiveness of its drugs.

Of course, the problems with the U.S. system of intellectual property go well beyond drug patents. Patents in high tech are primarily about harassing competitors. The difficulty of enforcing copyrights in the Internet Age has led to absurdities like the Stop Online Piracy Act.

China does not itself enforce intellectual property with the same vigour as the U.S. Rather than following the U.S. blindly and impose the same sort of archaic and inefficient system domestically, China could do the world an enormous service if it would promote alternative mechanisms for supporting research and creative work.

It’s clear that the rise of China will lead to many changes around the world. Political leaders in the U.S. will no doubt catch up with the reality of the new U.S. position in the world – probably about the time that they accept global warming and evolution.

*Dean Baker is co-director of the Centre for Economic and Policy Research, based in Washington, DC. He is the author of several books, including Plunder & Blunder: The Rise and Fall of the Bubble Economy, The Conservative Nanny State: How the Wealthy Use the Government to Stay Rich, Get Richer and The United States Since 1980 and The End of Loser Liberalism: Making Markets Progressive.

Published under an agreement with Al Jazeera. The views expressed in this article are the author’s own and do not necessarily reflect Al Jazeera’s editorial policy.