Civil Society Squeezed on All Sides 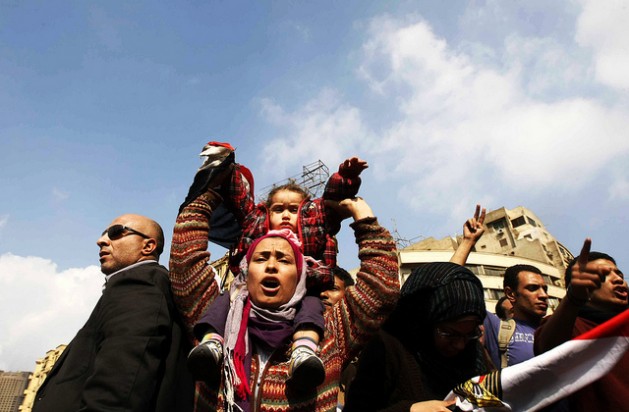 WASHINGTON, Aug 14 2012 (IPS) - A year and a half after the international wake-up call of the Arab Spring uprisings, the room for civil society organisations is being increasingly constricted across the globe, experts in Washington warned on Tuesday.

“Unfortunately, the trends have been against democracy, against expansion of that space of civil society,” Maina Kiai, the United Nations special rapporteur on freedom of assembly, told a panel discussion here.

“With more and more restrictions coming up to take away these rights, we are at a point where we have begun the fight again. This time it’s much more subtle, much more ‘rule by law’ than ‘rule of law’, and it’s very scary.”

In May, Freedom House, a U.S.-based watchdog, highlighted four countries as being at particular risk for democratic “backsliding”, Hungary, South Africa, Turkey and Ukraine. It also called on international actors to step up a range of efforts to ensure that several other countries – including Bahrain, Cambodia, Egypt, Myanmar and South Sudan – are able to consolidate democratic gains.

Freedom House put particular emphasis on the United States, stating that the country “should be stepping up its support for democracy promotion now, rather than cede the initiative to authoritarian rulers … (President Barack Obama’s) request for democracy and human rights activities for FY 2013 is $2.8 billion, a 9% increase over FY 2012 levels. Yet, funding for these initiatives continues to be the smallest amount when compared to other priorities in the budget.”

Another report from this year, “The State of Civil Society 2011”, an inaugural work released in April by CIVICUS, the World Alliance for Citizen Participation, an international alliance based in South Africa, suggested that “2011 marked a critical juncture for civil society”, in part for the fallout from the Arab Spring, a learning experience on both public protest and the resulting international response.

Kiai says that international donors are not only failing to ensure that democratic gains are strengthened in several quasi-democracies but, in some cases, are actively exacerbating existing problems.

“Globally, donor countries are beginning to move towards accepting the Chinese model of development,” Kiai says. “Recently, the poster children for development have been Ethiopia and Rwanda – countries that do not have democracy but where the rates of development are going up.”

During the Arab Spring, he says, Tunisia showed that a country can have strong development figures but still have “an anger in society” that needs to be addressed.

“For some reason, the lessons of the Arab Spring are not moving across the world – the understanding that you cannot have sustainable development without democracy,” Kiai notes. “Everybody’s fawning over Ethiopia, but why are we doing this without trying to understand the sustainability of that assistance?”

While Ethiopia today is regularly touted for its sparkling new airport and highway system, the government under the two-decade-plus rule of Prime Minister Meles Zenawi has increasingly cracked down on civil rights, including the recent jailing of two dozen journalists and opposition figures under highly contested anti-terrorism laws.

In a July update, Human Rights Watch, the New York-based watchdog, warned that “international donors to Ethiopia have been too quiet about Ethiopia’s deteriorating rights situation,” choosing instead to focus on the development progress that the country is making.

Today, Ethiopia is the highest recipient of development assistance in Africa, receiving large annual sums from the UK, U.S. and EU.

Yet while foreign aid makes up more than a third of Ethiopia’s budget, the Zenawi government in 2009 passed a controversial law limiting the amount of foreign funding any NGO can receive to just 10 percent.

While that figure is officially explained on lines of sovereignty and patriotism, most observers characterise it as a clear attempt by the government to undercut the strength of the opposition.

Similarly, legislation currently pending in Russia would require any NGO receiving international funding to register as a “foreign agent”.

In June, a report funded in part by the National Endowment for Democracy (NED), a grant-making organisation supported by the U.S. Congress, warned of “proliferating efforts” by governments to narrow the space in which civil society is able to function, noting that “The Arab Spring … triggered increasingly aggressive responses from governments”.

The motivations for such responses, it suggests, “are almost always political”.

Indeed, defunding through regulation has become increasingly common in many quasi-democracies, where governments are no longer banning NGOs outright – the preferred method just two decades ago – but rather are restricting their funding.

Today, there are roughly four dozen such countries, suggests Carl Gershman, president of the NED. Gershman says he would include Bahrain, Ecuador, Turkmenistan, Venezuela and even Malaysia on that list, all countries where governments have been increasingly cracking down on civil society in recent years.

“Democracy is never safe,” Gershman said on Tuesday. “But ensuring vigilance can’t be done just by the international community. It’s very important to have international action and solidarity, but that work can only succeed if there are mobilised forces from within – all you can really do is support these internal forces.”

In fact, Special Rapporteur Kiai notes, today’s attacks on civil society are not an issue affecting solely the Global South, nor being engineered solely by dictators or autocrats.

He points to a law regulating public protest passed earlier this year in the canton of Geneva, in Switzerland, the home of the U.N. Human Rights Council. Subsequently approved by public referendum (although currently under appeal at the federal level), this was “one of the harshest laws against peaceful assembly” ever passed, Kiai says, requiring a month’s alert time to police and potentially resulting in fines of more than 100,000 dollars.

“Countries are learning from each other,” he notes. “The Russians, for instance, are very clear that they’re not doing anything that’s not being done in Europe. ‘Look,’ they say, ‘Geneva just passed a law very similar to ours.’”