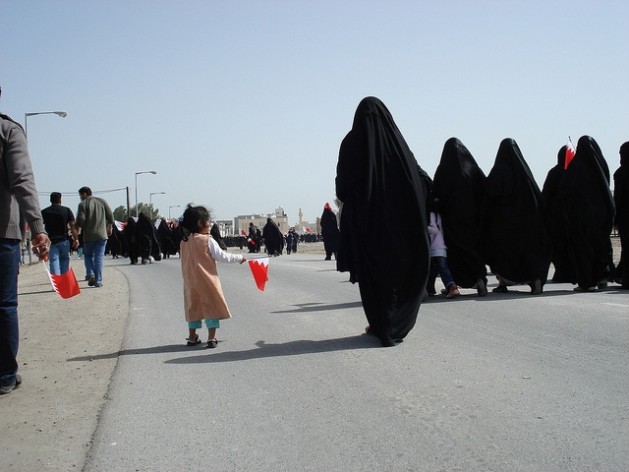 MANAMA, Sep 25 2012 (IPS) - A thirty-four-year-old Bahraini teacher, whose son was abused five years ago, has hitherto refused to tell anyone the story, afraid that she will be blamed for failing to protect her child who is now eight years old.

“He was sitting with the maid outside the house. She left him alone for a moment to fetch some milk and some teenagers took him to a building under construction in the area,” the teacher told IPS, requesting anonymity.

“When she found him missing, she searched for him and found him being harassed by those boys.”

“I couldn’t report the case as they (the boys) are my neighbours and I don’t want people to blame me or to a shame my son when he grows up,” she said, expressing the sentiment of countless families.

The teacher didn’t take the child to a physician and stopped his counseling when she was advised to take legal action against the perpetrators.

Sexual abuse of children in Bahrain is increasingly sneaking under the radar, as families anxious to avoid ‘disgracing’ themselves in the conservative society keep silent about the issue.

Others keep the matter top secret out of fear of legal action against abusers, who are very often family relations.

“In some cases we manage to prove the abuse but other times parents succeed in hiding the truth,” she said.

Activists and lawyers, however, criticise lenient punishments and the lack of special legislation to tackle child abuse.

Dr. Sharifa Swar, head of Batelco Care Centre for Family Violence Cases, has noticed an increase in sexual abuse cases with an average of three reported to the centre every week.

The centre registered 408 abuse cases in 2011, including cases of violence against women. To date, Bahrain has not conducted a comprehensive study on child abuse, so very few official statistics exist.

Swar told the press earlier this month that the increase in reported cases does not mean the end of social misconceptions and stigmas. In fact, she is convinced that the reported cases conceal a much larger number of victims, who are simply too afraid to speak up.

“We need tough legislation to protect children as the current (laws) are outdated and could help abusers escape punishment,” she said in a statement published earlier this month.

Under existing legislation, an adult who sexually abuses a child below 12 years of age is punished with up to fifteen years’ imprisonment, or nine years in jail if the victim is older.

But social activist and lawyer Fawziya Janahi pointed out that many abusers escape such punishment. She cited a recent case in which a court sentenced a 25-year-old man to a single year in jail for raping Janahi’s 16-year-old female client, by convincing the court that the girl agreed to have sex with him.

“I’m still battling another case of a 14-year-old girl who got pregnant after she was raped by four men. Only one confessed and he, too, might escape penalty for agreeing to marry her,” Janahi told IPS. “(Faulty) laws and social misconceptions turn the agony of sexual abuse into a lifetime of suffering.”

According to Janahi, Bahrain needs tougher punishments for child abusers, which could be put in place through an amendment of the penal code.

“The domestic violence draft law that is being reviewed by legislators could protect the rights of abused children, as parents who hide cases could be held responsible for neglect and maltreatment,” she said.

Additionally, the Be-Free Centre, dedicated to ensuring a safe living environment for children, has drafted a code of ethics to promote child rights.

This document enables government agencies, non-governmental organisations, the media, telecommunications establishments and many others to consider children’s safety when designing their strategies and services.

Members of civil society are currently holding negotiations with parliamentarians, in an effort to grant the draft code legal power.

The president of Be-Free Centre, Rana Al Sairafi, told IPS that 50 to 60 percent of all types of abuse against children go unreported.

“To reach out to families with abused children who don’t want their cases to be reported by NGOs or government organisations, we have launched a hotline that offers free counseling in anonymity,” Al Sairafi added.

The centre also offers workshops to children of different age groups to train them on self-protection against abuse and exploitation.

Experts believe the issue has far-reaching social effects, which need to be tackled at a systemic level.

Swar said that males who were sexually abused in their childhood and didn’t receive proper therapy often lack concentration and suffer from short tempers.

“Sexually abused children hate to go to school and are emotionally unstable and shy,” she added.

Dairi, who recently started her own counseling centre, now receives fewer cases, which she attributes to financial constraints that prevent poor families from seeking therapy and psychological support.

The private counseling clinics charge an average of 50 dollars per session and the therapy could take more than one year.

This is often unaffordable for the 14,000 families who live below the poverty line, earning a monthly income of less than 370 Bahraini dinars (roughly 1,000 dollars).