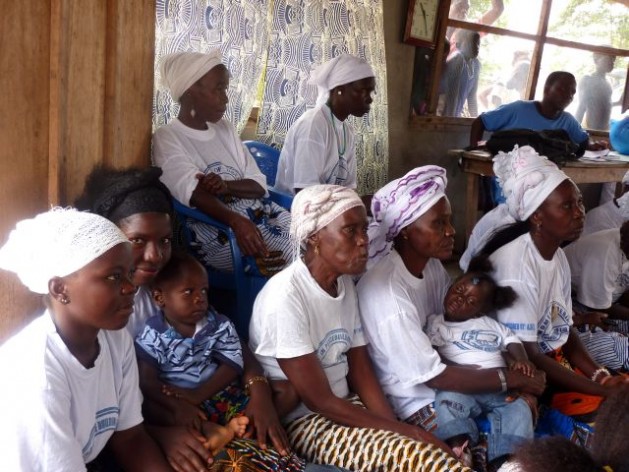 UNITED NATIONS, Nov 23 2012 (IPS) - When the U.N. Security Council (UNSC) adopted a landmark resolution numbered 1325 back in 2000, it was supposed to integrate gender into its core mandate: the establishment and maintenance of international peace and security.

But implementation of that longstanding resolution – focusing on women, peace and security – has fallen short of expectations.

A new study released by the Non-Governmental Organisation Working Group (NGOWG) on Women, Peace and Security points out that while there has been development in policy and normative frameworks, deployment of this knowledge and subsequent necessary action has been inconsistent at best.

“In key country situations there has been no action at all,” says the report titled “Mapping Women, Peace and Security in the UN Security Council: 2011-2012.”

The 15-member UNSC is scheduled to meet next week to discuss women, peace and security under the presidency of Ambassador Hardeep Singh Puri, permanent representative of India to the United Nations.

Sarah Taylor, executive coordinator of the NGOWG on Women, Peace and Security, told IPS that the Nov. 30 UNSC meeting “will provide an opportunity for member states to take advantage of the information in our report, and the messages from our women civil society colleagues who were able to be here last week and discuss their peace-building work”.

UNSC: Practicing What It Preaches?

Asked if the notable absence of women permanent representatives (PRs) in the traditionally male-dominated UNSC could also be a factor in the marginalisation of women, Sarah Taylor, executive coordinator of the NGO Working Group on Women, Peace and Security told IPS: "The short answer to this question is that, of course, women are under-represented in leadership positions in the UNSC.

"And that more women in these positions sends an important message to the global community about women's right to participate at the highest levels of decision-making on all matters of peace and security," she added.

Taylor said it is important, however, to draw out the long answer to that question in order to get to whether more women would make a difference in implementation of women, peace and security obligations.

Throughout member state systems, there are simply not enough women, and not enough support for women's participation, to ensure that women reach the levels of PR.

"While this is related, it is nonetheless distinct from the content of what is discussed and decided in the UNSC," she said. "Ultimately, it is not only up to the women in the UNSC to implement women, peace and security commitments, it is the responsibility of the men and the women who are making the decisions, and must be - for the kind of consistent action our report demonstrates is clearly needed - integral to national priorities of the UNSC members."

She said women, peace and security work is really the work of all 193 member states, and “we look to all the members of the United Nations to be the advocates of women whose lives are affected by conflicts.”

Ambassador Anwarul K. Chowdhury, who presided over the 1990 UNSC meeting and was the prime mover of the 1325 resolution, has since helped bring to global attention “the unrecognised, under-utilised and under-valued contribution women have been making to preventing war, to building peace and to engaging individuals and societies live in harmony.”

Speaking during the 10th anniversary of the resolution, he warned that the key element of 1325 is participation in which women can contribute to decision-making and ultimately help shape societies where violence against women is not the norm.

However, the historic and operational value of the resolution has been undercut by the disappointing record of its implementation, he said.

The complicity of the Security Council in international practices that make women insecure, basically as a result of its support of the existing militarised inter-state security arrangements, is disappointing, Chowdhury said.

And 12 years after 1325, progress on the implementation of the resolution seems minimal.

With this recognition that women’s rights are not secondary concerns to the Council’s mandate, but rather at its core, the challenge is now to demonstrate true accountability to these obligations, ensuring they do not remain solely on paper, the NGOWG study warns.

And for the UNSC to fulfill its mandate on international peace and security, it needs to address the “serious inconsistencies” identified in the report, Taylor said.

Concretely, these include supporting women’s participation in peace processes in Mali, ensuring that women’s human rights are integral to human rights monitoring efforts in Syria, and consistent reporting on, and support for reform of security sectors and judicial institutions in Cote d’Ivoire to address impunity for crimes against women, she said.

Co-authored by Taylor, Kristina Mader, programme associate of NGOWG, and Deborah Accurso, research consultant with NGOWG, the study covers thematic and general issues relating to the resolution, and 30 country situations.

It also analyses reports, meetings, presidential statements, and resolutions, evaluating the degree to which women, peace and security obligations are being met.

Secretary-General Ban Ki-moon’s reports on Afghanistan, the Central African Republic, and Haiti are examples that tend to address elements of the broader spectrum of the women, peace and security agenda.

“While they include attention to sexual and gender-based violence in conflict, reports on the country situations in the Democratic Republic of Congo are notable for focusing solely on one issue, while neglecting to integrate a gender perspective in other key areas, such as in discussion of the equal and active participation of women in peace building and security processes,” the group says.

Similarly, reports on Lebanon and Golan Heights limit references of women, peace and security to sexual exploitation and abuse.

Notable in this regard are reports of the secretary-general on the situation in Iraq, Israel/Palestine and Syria that fail to address women’s protection, the role they might play in the prevention of these conflicts, and in all peace building processes.
Additionally, reports on Bosnia and Herzegovina are also examples of reports characterised by the absence of gender specific provisions and observations, as none of the reported issues includes a gender perspective, the study notes.