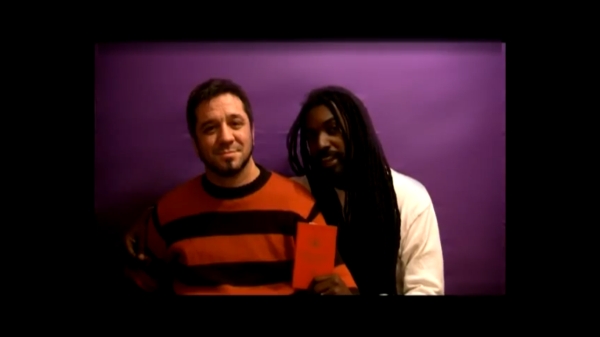 MONTEVIDEO, Apr 11 2013 (IPS) - Activists in Uruguay hope the passage of the “Equal Marriage Law” Wednesday will help bring about recognition that society is heterogeneous.

The law approved by the Uruguayan Congress modifies the civil code and recognises the marriage of two people of any gender identity or sexual orientation.

The law, approved by 71 of the 92 lower house lawmakers present for the vote – out of a total of 99 – represents “the cornerstone of a change in our society’s perspective,” said Michelle Suárez, a lawyer for Ovejas Negras (Black Sheep), an organisation of the lesbian, gay, bisexual and transgender (LGBT) community.

“In Uruguay we have a very fundamentalist, homogenising view. We believe there is a kind of hegemonic moral, which we use to categorise practices and conducts,” she told IPS.

But “Uruguayan society is totally heterogeneous and should be recognised as such,” she added. “So no one-size-fits-all utopias should be imposed; instead there should be an archipelago of utopias, all of which merit a space for development and should be connected under the principle of freedom,” said the lawyer, who drafted the original bill.

The law, which was introduced by the governing leftwing Broad Front coalition, also allows gay couples to adopt children or conceive them by means of in vitro fertilisation. The partners only have to sign a legal parenthood contract in which they assume rights and obligations as parents.

The order of the child’s last names – in Spanish, both surnames form part of the full official name, with the father’s surname coming first – will be decided by the partners, or by drawing lots if they fail to reach a decision.

The age requirement for marriage was also raised, from 12 for females and 14 for males, to 16 for both. But parental consent is necessary until the age of 18.

Uruguay had already taken significant steps towards becoming the 12th country in the world and the second in Latin America to approve same-sex marriage.

The Civil Unions Law was passed in 2007, providing legal recognition of stable unmarried couples, regardless of their sexual orientation or gender identity.

But registering under the civil union law is a complicated and costly process that requires couples to demonstrate that they have lived together without interruption for at least five years, in an exclusive relationship.

In 2009, a law was approved authorising partners in civil unions to adopt children. And that year, a law was passed allowing transsexuals to change their names on official documents.

But representatives of the LGBT community stressed that there was still much to be done. “One of the goals we have to focus on is an overhaul of the laws and regulations that have to do with discrimination,” Suárez said.

The lawyer insisted on the need to improve regulations for providing assistance to victims who are discriminated against on the grounds of gender or sexual orientation.

Last week, the Senate approved the bill (with slight modifications) in a vote of 23 to 8. Opposition mainly came from lawmakers of the conservative National Party.

The Catholic Church was one of the voices that most vehemently criticised the bill.

As for public opinion with respect to the question of gay marriage, poll results vary, but generally reflect an evenly divided society.

Senator Carlos Baráibar, the only member of the Broad Front who opposed the bill, left his seat to his alternate at the time of the vote in order to avoid going against the party line.

“I don’t agree with calling it ‘equal marriage’, and the bill itself doesn’t even explain why it’s called that,” he told IPS while the vote was taking place.

Baráibar said he was in favour of recognising the legal rights of same-sex couples. But he said they were not in a situation of “igualdad” or equality with respect to heterosexuals. (In Spanish, “igual” means both “equal” and “the same”.)

“Equality means giving equal/same treatment to things that are equal/the same,” the senator said. “For me, marriage still has an essential reproductive purpose, which comes from history, biology, culture and society.”

Baráibar also said adoption by same-sex couples merited a broader, more thorough debate, and cited studies arguing that children who are raised by their biological parents have better prospects for psychosocial development than children raised by homosexual couples.

“In adoption, it is not the welfare of the adults – who can think for themselves – that must be protected; it is the welfare of the children, who sometimes are babies only a few months old without the power of judgment and who, when they grow up, discover that they are surrounded by a world that is made up of mainly heterosexual couples, while they come from a homosexual family,” he told IPS.

In addition, a gay marriage law was approved Wednesday by the French Senate, and similar bills are in debate in Colombia and New Zealand.