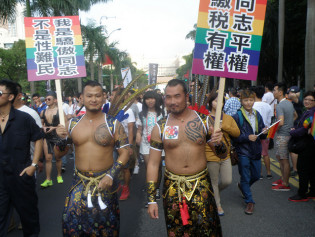 By AJ Correspondents
New Zealand has become the 13th country in the world and the first in the Asia-Pacific region to legalise same-sex marriage.

By Raúl Pierri
Activists in Uruguay hope the passage of the “Equal Marriage Law” Wednesday will help bring about recognition that society is heterogeneous.

By AJ Correspondents
French senators have begun examining a controversial bill to legalise same-sex marriage and adoption, prompting protests by opponents keen to see the reform thrown out.

By Katelyn Fossett
On the second day of oral arguments in two different cases involving the constitutionality of same-sex marriage, a majority of the U.S. Supreme Court on Wednesday expressed serious doubts about the 1996 Defense of Marriage Act (DOMA), which codifies the non-recognition of same-sex marriage for federal and inter-state purposes.

By Marcela Valente
Transvestites and transsexuals in Argentina, who were among the most marginalised minority populations, have seen respect for their rights grow in recent years, especially since same-sex marriage became legal in this country a year and a half ago.
ADVERTISEMENT ADVERTISEMENT