Living Again With the Ways of Tito and Stalin 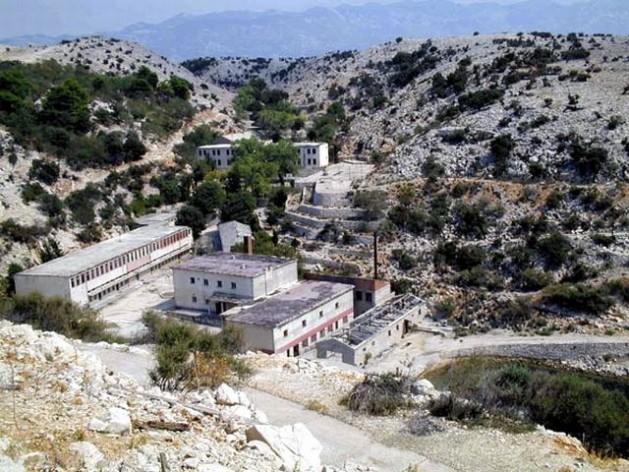 BELGRADE, Feb 3 2014 (IPS) - One of the best kept secrets of former Yugoslavia is out in the open after the online release of the names of 16,101 inmates of Goli Otok, or the Naked Island, the country’s only gulag – a Soviet system of forced labour camps – created 65 years ago.

The long list, available online at the Croatian website led to unprecedented reactions among the few survivors of Goli Otok and their families across the former federation that fell apart in 1991.

The reactions reveal how the hardships of many Bosniaks, Croats, Montenegrins, Macedonians, Slovenes or Serbs, all inmates of Goli Otok, remained a burden and a source of family shame for generations. They can now hope to come to terms with the traumatic past of their family members.

Children were told their fathers were "on a business trip" that lasted years.

“I always wanted to know what was wrong with the life of my maternal grandfather,” Smiljana Stojkovic, a 45-year-old teacher in Belgrade, tells IPS.

Stojkovic remembers that her grandfather Stanko used to tell stories about his life as a shoemaker’s apprentice before World War II and of battles against Germans during the war, as he was a communist.

“It ended there with a vacuum until the time it came to us, his grandchildren, in the 1960s. We were told never to ask what happened in between,” she says.

Stojkovic now knows that her grandfather, who died in 2000, was an inmate of Goli Otok for seven years. “He must have said he preferred Stalin to (Yugoslav leader Josip Broz) Tito, being a loyal communist who believed in the (former) Soviet Union…Now I understand his silence,” she says.

Goli Otok is an uninhabited and tiny, almost barren island, six kilometres off the north Croatian coast. In July 1949, it was turned into a single prison for opponents of Yugoslavia’s political leadership which decided to leave the Soviet orbit in June 1948.

The decision is known as “the historic ‘no’” to Stalin, who demanded that Yugoslav communists topple the regime of Tito (1892-1980). In Stalin’s words, Tito became “a servant of imperialism”, or of capitalist countries of the West. Prior to that, Soviet and Yugoslav communists were allies in the battle against Germans in World War II.

“For many communists, it was impossible that Stalin was wrong,” says Zoran Asanin, head of the Belgrade Association Goli Otok.

In his words, and in the words and memoirs of many survivors, at party meetings they were simply asked if they preferred Stalin over Tito in 1948. If their answer was yes, they were sent to Goli Otok, without any court procedure or written sentence. Not even the closest family members knew where they were.

Political prisoners were shipped to the island from the nearby Bakar port on the Adriatic coast. There were four camps at the 4.7 sq km Goli Otok, with no sanitation or any decent facilities.

The island is known for its harsh climate – scorching summers and chilling winters. The inmates worked at the local quarry, often beaten by guards as “traitors” to the Yugoslav cause or even made to beat each other.

Famine and thirst were a daily routine – 200 decilitres of water per day and simple bread were provided for each inmate.

The recently released list of names provides a figure of 413 dead – either due to illnesses such as typhoid and untreated heart conditions or due to suicide – from 1949 until 1956 when the last political prisoners were transported to the shore and taken to ordinary jails all over former Yugoslavia.

For years, they were deprived of political rights, could not find employment, and many faced rejection by their family members who were exposed to harassment by secret police or neighbours and friends.

Children were told their fathers were “on a business trip” that lasted years, as many of the descendants say in their comments under the list of names available online. Wives were given instant divorces from the inmates of Goli Otok. But sometimes even that was not enough.

“I had to publicly renounce my husband at a (communist) party meeting in order to pursue my university professor’s career,” Rada B., 88, told IPS. “I had to promise he would not be able to see our daughter ever again and I did exactly that. She never forgave me.”

The truth about Goli Otok became slowly known in the 1990s, when Yugoslavia fell apart and many secrets of former communist regimes came out. However, the bloody wars of disintegration in those years prevented closure for the families, victims and survivors.

Only in recent years have Croatia, Serbia and Slovenia begun to compensate victims of Goli Otok, many of whom were innocent or not even communist.

According to Asanin, there are some 300 survivors of Goli Otok in Serbia. They have demanded political rehabilitation and compensation from the Ministry of Justice.

The state has agreed to pay 700 dinars (8.5 dollars) for each day spent at Goli Otok to former prisoners. So far, Serbia has paid 53 million dinars or more than 640,000 dollars to survivors or their immediate heirs.

The mostly anonymous comments and reactions under the list of names of Goli Otok inmates are touching and, sometimes, more revealing than the stories of inmates.

“I found my uncle, I know he was there because he joked about politics,” a comment by a woman named Beba says. “My grandfather was there only because he said that diplomatic magazines (post World War II shops for privileged communist leaders) should be open for all people,” a man named Bane writes.

People from all over former Yugoslavia have exchanged e-mails in order to learn more about the circumstances of their family member’s life or death at Goli Otok. Many have spoken of years of silence by relatives and recounted family tales of how innocent men disappeared overnight and ended up at the island.

“Yes, one could end up at Goli Otok simply because he had more than the others, due to gossip or because someone wanted somebody else’s wife,” Rada B. says. “But those were extraordinary times that called for extraordinary measures and we had to believe our leaders. Where would we end otherwise?” asks the retired university professor.

The island of Goli Otok remains deserted after the prison was closed, and only curious tourists visit it from time to time to see the remnants of former camps.