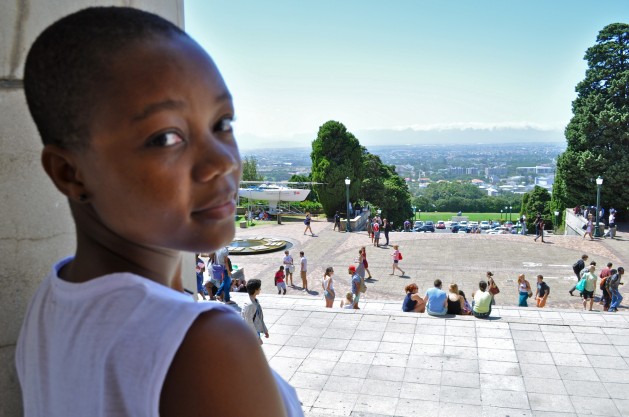 CAPE TOWN , May 5 2014 (IPS) - South Africa’s May 7 elections mark the first time in democratic history that those born into Nelson Mandela’s post-apartheid ‘Rainbow Nation’ can vote.

While these so-called “born frees” make up about two million of the country’s 31.4 million eligible voters, dismal registration numbers have both politicians and analysts puzzled at the youths’ seeming lack of political interest.

The 18 to 20-year-olds have no living memory of the country’s anti-apartheid struggle but face mammoth struggles of their own.

The 18 to 20-year-olds have no living memory of the country’s anti-apartheid struggle but face mammoth struggles of their own: crippling unemployment, institutional corruption, gangs, violent crime, HIV/Aids, income inequality and a lack of access to education.

Yet only a third (about 683,000) of eligible born-frees have registered to cast their ballot, according to South Africa’s Independent Electoral Commission.

Experts say it’s unclear whether this lack of interest stems from apathy, a seemingly international trend among young people, or something else entirely.

“Youth likely see their political activities and social responsibilities in a fundamentally different way than their parents’ and grandparents’ generations did,” says University of the Witwatersrand vice-chancellor and principal Prof Adam Habib.

“Apathy…is a global trend. South Africa’s youth are no different than American, British, European or Indian youth. It would be unfair to call them apolitical as a whole.”

Young people do not often view voting or political activism as a duty, Habib adds, partly because they’re disappointed in the lack of progress made during the past 20 years of democracy.

“People feel dislocated. They feel politicians do not speak to their interests. They feel [voting] doesn’t make a difference.”

He calls South Africa’s current rates of youth unemployment and income inequality “precarious” and cautions that politicians need to deal with these issues if they hope to woo a seemingly apathetic youth vote.

With more than 40 percent of South Africa’s total population under the age of 20, Habib says it’s crucial for political parties to re-evaluate their platforms and address the needs of young people.

Born-frees, he notes, will make up about a third of voters when the next general election is due in 2019.

He notes it will take more than text messages, Youtube ads and social media campaigns to reach young voters — particularly when a recent survey by independent researchers at FutureFact revealed 64 percent of respondents had “little or no interest” in politics (based on a survey of 262 born-frees from urban and rural areas).

“I don’t really care about voting because I don’t think my vote makes a difference,” he says.

“The government has to deliver and it hasn’t been doing that,” Ngcwabe says of the ANC’s failure to provide basic necessities like running water, school textbooks and functioning toilets to impoverished informal settlements and townships.

It seems Ngcwabe is one of many growing disillusioned with President Jacob Zuma and the ruling African National Congress (ANC).

FutureFact statistics show that about 70 percent of respondents felt the ANC was moving away from the democratic principles it fought so hard to implement, while 75 percent were pessimistic about South Africa’s future due to the government’s lack of accountability and its ability to implement policy decisions.

“Focus group conversations amongst the youth — and particularly the black-African youth — rarely raised the liberation struggle and a need to reward the ANC for the freedom gained,” writes Booysen in a report entitled ‘Twenty years of South African democracy: Citizen views of human rights, governance and the political system’.

Political parties should take note, she says: born-frees like 20-year-old Alexandra Goldberg aren’t interested in the past.

“I feel like the government generally doesn’t know what it’s doing and blaming apartheid is a defence mechanism,” the University of Cape Town student says.

“It’s very frustrating. Let’s move on from it and actually have a goal here.”

It’s this frustration that’s pushed Goldberg to the polls, along with some advice from her father.

“My dad made a good point — that if you don’t vote then you can’t complain. With the history of South Africa and voting, it seems like a bit of a slap in the face if you don’t vote. There was so much fighting for it.”

“I want a choice. I heard not voting is a vote for the ANC. I’m checking out all the parties, seeing what they’re saying and what they’re actually doing.”