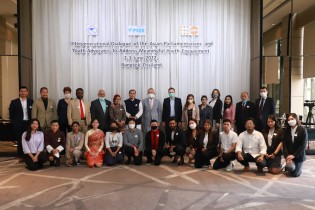 By Jewel Fraser
As two environmental activist groups in Trinidad and Tobago powered by young volunteers prepare to ramp up their climate change and sustainability activism, they are also contemplating their own sustainability and how they can become viable over the long-term.

By Leehi Yona
A one-day summit taking place here on Aug. 31 hopes to bring Arctic nations together in support of climate action against a backdrop of criticism of offshore oil drilling in the region.
Next Page »
ADVERTISEMENT ADVERTISEMENT