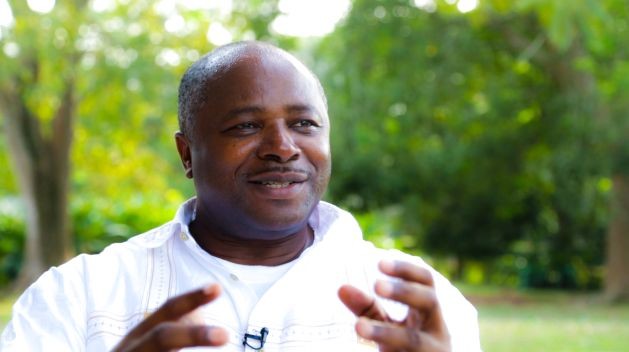 IBADAN, Nigeria, Nov 23 2015 (IPS) - Finding a way to allow youth to contribute their natural and ample energies to productive causes is increasingly the touchstone issue that will determine future prosperity.

It is a tragic irony that today’s youth, despite being the most educated generation ever, struggle to be included.

That’s true in advanced countries. But it is even more true in Africa, where almost two-thirds of the jobless are young adults, whose ranks swell by 10 to 12 million new members each year. The challenge is staggering in scale: Today there are 365 million Africans aged 15 to 35, and over the next 20 years that figure will double.

There is no magic wand. It is youth themselves who must find a solution.

Everyone else – governments, international organizations, the private sector, social groups and parents – has a huge stake in their success and so must not stand in the way. Normally one hears about the need to help cast in elaborate theories based on the need for redistribution. But the truth is, we need a step change.

That’s the spirit the International Institute of Tropical Agriculture (IITA) is adopting with our “agripreneur” coaching programmes. These aim to use self-help groups so that people can indeed help themselves. As I bluntly told a group of youth in Uganda, we will provide support in the form of technology, knowledge and advocacy, but the real activity has to be done by themselves. Another message was: “be aggressive.”

It is well known that Africa is a vast land of family farmers, many living in rural areas and regularly struggling with poverty and hunger. Figures can also be easily made to show how most family farms are exercises in subsistence, and don’t always succeed without external help.

Family farming is a way of life, to be sure. But that does not mean, when you really think about it, that it cannot be done as a business. Doing so would represent a change, but the time has come. Making agriculture a commercial trade offers a set of new tools to entice talented youth to a sector we all know they tend to run away from.

As Akinwumi Adesina, formerly Nigeria’s agriculture minister and now the president of the African Development Bank, likes to say, “Africa’s future millionaires and billionaires will make their money from agriculture.”

And it is quite likely that youth, being in a proverbial rush, will accelerate the transformations that will lead to better lives than a mad rush to cities where employment prospects aren’t keeping pace with urban population. Moreover, agriculture has been the weak link in terms of productivity growth across the continent – that means there is an enormous upside to doing it better.

Knowledge needs pollinators. While extension services are excellent and should be upgraded, young people are natural communicators when they think something is cool and useful. That’s what agriculture has to be.

IITA’s agripreneur campaign hinges on our version of a Silicon Valley hackathon. Incubators are created to allow youth to learn and exchange ideas of a practical nature – about how to keep accounts, new crops and farming techniques, the myriad possibilities of agricultural value chains that include roles for seed traders, food processors, weather forecasters, insurance salespeople, marketing specialists.

One of our agripreneur “interns” told me that what he took away was that success is not in fact all down to money. An enterprise really needs ideas, of course, and the ability to plan.

To be clear, his enthusiasm – as so many of our alumni say – was about the possibility of enterprise. Call it agribusiness. Agricultural commodity value chains provide just that, a series of transactional opportunities that work to improve efficiency for all and reward the talented. This is a major catalyst for youth. After all, it opens the door for the professionalization of agriculture.

To be sure, the agribusiness model crucially requires inclusive efforts to make sure credit is available to youth, to assure that gender equity becomes an operational assumption rather than just a goal, and a host of public goods including scientific research. Yet it begins with a changed mind set.

People must learn how to apply for a loan. Bankers always say they wish to fund on the basis of a business plan rather than collateral. It is time to put that to the test. IITA’s focus on agripreneurs is a well-placed bet on the idea that nobody learns faster than youth.