OPINION: From Elephants to Blue Whales, Sri Lanka Leads the Way on Biodiversity

Dr. Palitha Kohona is Ambassador and Permanent Representative of Sri Lanka to the United Nations and former Chief of the U.N. Treaty Section

UNITED NATIONS, Oct 2 2014 (IPS) - Sri Lanka will host the World Biodiversity Congress (WBC) Nov. 24-27. Given its long and active history of preserving biodiversity, it would be most appropriate for Sri Lanka to be the next host of this global event, which also marks the U.N.’s Decade on Biodiversity.

Protecting its biodiversity at a national level has been a key challenge and a series of measures have been taken to protect elephants, a prized national asset.

Sri Lanka, while sharing many of the problems of other countries, remains strongly committed to the environment. It is no surprise that it is a party to many of the major international agreements that address environmental issues, especially biodiversity.

These international agreements have been implemented in Sri Lanka through its own domestic efforts to protect its extensive biodiversity, which is considered to be a unique national asset. Sri Lanka boasts of many endemic species and diverse ecosystems in both its terrestrial and marine environments.

Sri Lanka’s uniquely diverse range of ecosystems range from the wet and semi-dry highlands to the low-lying coast. There are grasslands, wetlands, many types of forests, including wet-zone, dry-zone and mangrove forests, lagoons, and coral reefs.

Furthermore, Sri Lanka, a country of only 65,000 square kilometres, is home to a staggering number of species of animals – some of which are endemic. 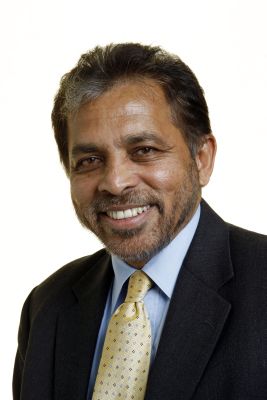 There are 91 known species of mammals, 171 species of reptiles and over 106 species of amphibians, 90 of which are endemic. Sri Lanka may be the only country in which you can see both the Earth’s largest land mammal (the elephant, close to 6,000 remain in the wild according to the last count) as well as its largest marine mammal (blue and humpback whales) within a few hours of each other.

From the Sri Lankan leopard to the delicate Ceylon Rose butterfly, Sri Lanka possesses a larger percentage of endemic species than almost any other country of similar or larger land mass and is listed as a global biodiversity hotspot by the IUCN.

Protecting its biodiversity at a national level has been a key challenge and a series of measures have been taken to protect elephants, a prized national asset, including through providing two refuges for orphaned calves and facilitating captive breeding.

The country boasts a long history of training elephants for religious, commercial and domestic purposes. Elephants play a key role in Peraheras (Buddhist religious processions) where they carry the sacred relics of the Buddha with great dignity.

The annual Kandy Perahera could feature over one hundred caparisoned elephants regally parading through the streets of the ancient city of Kandy by torchlight.

The most serious threat to Sri Lankan elephants is human. There are approximately 200 human-caused elephant deaths annually, mostly through gunshots fired by rural farmers acting in self-defence or in retaliation.

The Sri Lankan government has, over the years, enacted legislation that has criminalised the killing of elephants.

The government has also worked closely with conservationists and rural farmers to encourage crops that are not attractive to elephants but are marketable. Ecotourism is fast catching on and will be a major component of the tourism industry.

Sri Lanka is committed to the implementation of the action plans to conserve biological diversity. A National Biodiversity Conservation Action Plan (BCAP), prepared in consultation with a wide range of stakeholders, including the private sector, the IUCN and NGOs, has been adopted.

The BCAP identifies the key challenges facing Sri Lanka which include, deforestation in the wet zones, development of wetlands, overfishing, the destruction of mangroves and coral reefs, the over use of agricultural chemicals and the impact of agriculture on plant diversity.

The BCAP also includes multiple recommendations for action, some of which are quite specific.

For example, on plant diversity, the BCAP has recommended that the government, in partnership with the Bandaranaike Memorial Ayurvedic Research Institute, establish five medicinal plant reserves.

The national medicine system (ayurveda) relies extensively on native plant species. A government policy paper, Haritha Lanka (Green Lanka), seeks to accelerate the greening of Sri Lanka, including by increasing the forest cover to embrace 35 percent of the country.

Sri Lanka has also enacted detailed national legislation to protect its fauna and flora. Central to these efforts are the 2009 amendments to the Flora and Fauna Protection Ordinance (FFPO) and the 1937 Forest Ordinance (FO).

The FFPO established six categories of wildlife reserves in which wildlife is protected by curtailing human activities. These protected areas, reflected in the policy paper, Green Lanka, constitute around 25 percent of the total land mass of Sri Lanka. The government has proposed to enlarge this area to 35 percent of the national land mass.

The FFPO also includes protection for endangered species and requires a permit for the export of any wild animal, plant or their parts from the country.

The FO created a system of reserve forests. These forests, usually in biologically diverse zones, are protected from felling, trespassing by cattle and other similarly disruptive activities.

Sri Lanka has also enacted legislation to address other issues, including the conservation of coastal areas, the regulation of fisheries, the establishment of national heritage wilderness sites (the Sinharaja Forest, a UNESCO listed preserve, is a unique tropical rain forest), and control over invasive species of plants and animals. A major turtle reserve provides protection to a beach where turtles have come to lay eggs for centuries.

Sri Lanka has actively participated in the work of the U.N. Open Working Group developing the post-2015 Sustainable Development Goals. Included among the 17 goals identified is a goal on biodiversity, which the country supported throughout the negotiations.

It also supported the goal on the oceans, which contains targets aimed at the conservation and sustainable use of ocean, sea and other marine resources. Sri Lanka is the co-chair of the UN Ad Hoc Working Group on Marine Biological Diversity Beyond National Jurisdiction.

Incidentally, the WBC in Colombo, November 2014, will also coincide with the whale watching season in Sri Lanka.