Africa Must Depend Less on Development Aid, Says New Study

UNITED NATIONS, Sep 29 2015 (IPS) - As the U.N.’s Millennium Development Goals (MDGs) reach their targeted date by the end of December, one of the lingering questions has long remained unanswered – at least, until now. 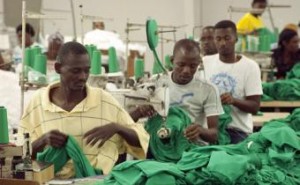 Why did most African nations make progress in some, but failed to reach their targets in most others?

A new study, titled “Assessing Progress in Africa Toward the Millennium Development Goals” released here, points out that poor implementation mechanisms and excessive reliance on development aid undermined the economic sustainability of several of the eight MDGs, including the elimination or reduction of extreme poverty and hunger.

The report, produced jointly by the Economic Commission for Africa (ECA), the African Union (AU), the African Development Bank (AfDB) and the U.N. Development Programme (UNDP), says: “Having made encouraging progress on MDGs, African countries have the opportunity to use the newly launched Sustainable Development Goals (SDGs) to tackle remaining challenges and achieve a development breakthrough.”

The 17 SDGs, adopted at a summit meeting of world leaders last week, targets the year 2030 for the total elimination of poverty and hunger worldwide.

With official development assistance (ODA) to Africa projected to remain low over the period 2015-2018, at an average of around 47 billion dollars annually, the focus should be on boosting and diversifying economies, mobilizing domestic resources and new partners, unleashing the economic potential of women and fighting illicit financial flows, says the report.

Asked about the slow progress made by African nations in implementing the MDGs, Abdoulaye Mar Dieye, Director of UNDP’s Regional Bureau for Africa, told IPS lack of adequate financial resources has been one of the biggest constraints in meeting the MDGs.

And ODA seems to be reaching a plateau, he said.

“Therefore, there is a need for countries to make concerted efforts to mobilize domestic resources, build up financial infrastructure, and ensure appropriate regulatory measures and institutions are put in place.”

Still, he pointed out, mobilizing resources is not enough; this must be accompanied by appropriate policies for effective utilization of the resources for the purpose intended.

He also said: “We must design strategies for overcoming the funding challenge. ODA should serve as a catalyst.”

For instance, a substantial proportion of ODA should be used to development institutional capacity for domestic resource mobilization in Least Developed Countries (LDCs).

In addition, other sources of funding need to be mobilized, such as remittances, the private sector, South-South cooperation, financing from extractives and other sectors, he added.

Although overall poverty rates are still hovering around 48 percent, according to the most recent estimates, most countries have made progress on at least one goal.

The Gambia reduced poverty by 32 percent between 1990 and 2010, while Ethiopia decreased its poverty rate by one third, focusing on agriculture and rural livelihoods.

Some policies and initiatives have been groundbreaking, says the report, pointing out Niger’s School for Husbands, which has been successful in transforming men into allies in promoting women’s reproductive health, family planning and behavioral change towards gender equality.

Cabo Verde increased its forest cover by more than 6.0 percentage points, with millions of trees planted in recent years.

Still, the study says much more work lies ahead to ensure living standards improve for all African women and men.

“While economic growth has been relatively strong, it has not been rapid or inclusive enough to create jobs. Similarly, many countries have managed to achieve access to primary schooling however considerable issues of quality and equity need to be addressed. “

Projecting into the future, the study says achieving sustainable development will also be impossible unless African nations and communities are resilient, able to anticipate, shape and adapt to the many shocks and challenges they face, including climate-related disasters, health crises such as the Ebola epidemic in West Africa and conflict and instability. Investments now in prevention and preparedness will minimize risk and future costs.

Africa has seen an acceleration in economic growth, established ambitious social safety nets and designed policies for boosting education and tackling HIV and other diseases.

The continent’s new development priorities, as embodied in the African Union’s Agenda 2063 and the 17 Sustainable Development Goals, are both comprehensive and universal, while their implementation will entail mobilizing additional resources and partners, and putting in place more robust monitoring systems.