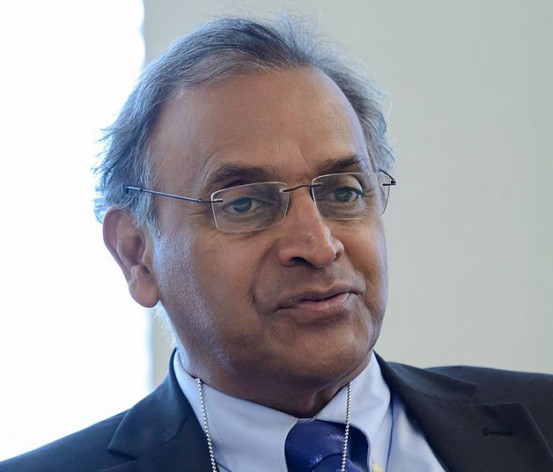 UNITED NATIONS, Sep 30 2015 (IPS) - A 1997 movie titled “The Peacemaker” –partly shot outside the United Nations – dramatised the story of a Yugoslav terrorist who acquires a backpack-sized nuclear weapon, gone missing after a train wreck in rural Russia, and brings it to New York to detonate it outside U.N. headquarters.

Was it another Hollywood fantasy? Or a disaster waiting to happen?

Conscious of the remote possibility of a terrorist group arming itself with stolen nuclear weapons, the International Convention for the Suppression of Acts of Nuclear Terrorism was adopted by the U.N. General Assembly back in April 2005 and entered into force in July 2007.

Currently, there are 99 states parties who have ratified the treaty, including the nuclear powers China, France, India, Russia, and the United Kingdom.

On Wednesday, the United States became the 100th state party when it handed over the instruments of ratification to the U.N. Treaty Section.

“This is good news – as with the ratification of any Treaty or Convention limiting the use of nuclear weapons by a major nuclear weapon state,” Jayantha Dhanapala, the former U.N. Under-Secretary-General for Disarmament Affairs, told IPS.

He said it is useful to recall that it was Russia that initiated this Convention in 2005 and to date there are 115 signatories and 99 states parties.

“Nuclear terrorism has been widely feared especially after 9/11 and it is well know that non-state actors like Al Qaeda and now ISIL (Islamic State in the Levant) are engaged in a quest for nuclear materials to make a nuclear weapon, however rudimentary,” said Dhanapala, who has been President of the Pugwash Conferences on Science and World Affairs, since 2007.

“And yet we must not delude ourselves into over estimating the significance of this action when more urgent treaties like the Comprehensive Nuclear Test Ban Treaty (CTBT) await ratification by the United States and seven other states in order to ensure its entry into force rendering permanent the norm against nuclear weapon testing – an important brake on the development of nuclear weapons,” he added.

As long as 15,850 nuclear warheads are held by nine countries – 93 percent with the United States and Russia – their use in a war, caused by deliberate political intent or by accident and by nation states or non state actors – remain a frightening reality with appalling humanitarian consequences and irreversible ecological and genetic effects, said Dhanapala, who also serves as a member of the Board of Sponsors of The Bulletin of the Atomic Scientists and a governing board member of the Stockholm International Peace Research Institute (SIPRI)

The Nuclear Terrorism Convention is described as part of global efforts to prevent terrorists from gaining access to weapons of mass destruction.

It details offences relating to unlawful and intentional possession and use of radioactive material or radioactive devices, and use or damage of nuclear facilities.

The convention is also designed to promote cooperation among countries through the sharing of information and the provision of assistance for investigations and extraditions.

Dr. M.V. Ramana, a physicist and lecturer at Princeton University’s Program on Science and Global Security and the Nuclear Futures Laboratory, told IPS: “I would like to take the conversation in a different direction and ask what is nuclear terrorism?”

He said Webster’s dictionary defines terrorism as “the systematic use of terror especially as a means of coercion.”

Nuclear weapons can cause massive death and destruction; any population faced with this possibility would be terrorized, he argued.

“Think of the people in any number of countries in the Middle East who are told by the U.S. President or some senior official that ‘all options are on the table’, implying, of course, the use of nuclear weapons.”

Under any fair and just definition of terrorism, anyone who uses a nuclear weapon to threaten another population would be a terrorist. This includes those who use nuclear weapons “just for deterrence,” he declared.

Remember that the ability to credibly project terror is ultimately at the heart of the strategy of deterrence and the safety that it is supposed to derive from deterrence is, as Winston Churchill proclaimed, “the sturdy child of terror.”

“I think the challenge for those seeking peace is to shift the discourse away from “nuclear terrorism by non-state actors” and turn the attention onto nuclear weapon states, which base their policies on the threat of nuclear death and destruction, and the urgency of disarming them,” said Dr Ramana who is author of several publications, including “The Power of Promise: Examining Nuclear Energy in India.”

Rose Gottemoeller, U.S. Under Secretary for Arms Control and International Security said last week that when it comes to nuclear terrorism, “we are safer now than we were five years ago, but more remains to be done.”

The United States, she said, will continue to work with international partners to ensure that dangerous nuclear materials are accounted for and secured worldwide.

“Unending vigilance is required if we are to ensure that terrorist groups who may seek to acquire these materials are never able to do so.”

She said the United States is the largest national contributor to the IAEA’s (International Atomic Energy Agency) Nuclear Security Fund, providing more than 70 million dollars since 2010.

These funds support cost-free experts, mission and technical visits to Member States, the development of nuclear security guidance and best practices, and the Incident and Trafficking Database.

Countries such as Georgia and Moldova are to be commended for their recent arrests of criminals attempting to traffic highly enriched uranium (HEU); significant progress has been made in this area. Unfortunately, continued seizures of weapon-usable nuclear materials indicate that these materials are still available on the black market, she pointed out.

According to the United Nations, some of the key provisions of the Convention include: the criminalization of planning, threatening, or carrying out acts of nuclear terrorism; the requirement for States to criminalize these offenses through national legislation and to establish penalties in line with the gravity of such crimes; conditions under which States may establish jurisdiction for offenses; and guidelines for extradition and other measures of punishment.

Additionally, there is the requirement for States to make every effort to adopt appropriate measures to ensure the protection of radioactive material; and the distinction that the Convention does not cover the activities of armed forces during an armed conflict or military exercise and cannot be interpreted as addressing the “legality of the use or threat of use of nuclear weapons by States.”