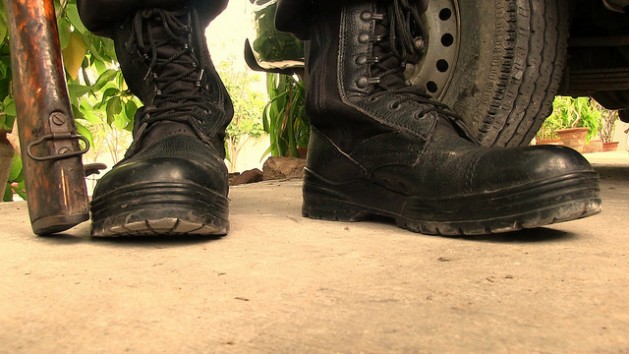 UNITED NATIONS, Jan 14 2016 (IPS) - The West continues its strong political and military support to one of its longstanding allies in the Middle East – Saudi Arabia –- despite withering criticism of the kingdom’s battlefield excesses in the ongoing war in neighbouring Yemen.

A Saudi-led coalition has been accused of using banned cluster bombs, bombing civilian targets and destroying hospitals – either by accident or by design—using weapons provided primarily by the US, UK and France.

The Office of the UN High Commissioner for Human Rights said last week the armed conflict in Yemen continues to take a terrible toll on civilians, with at least 81 civilians reportedly killed and 109 injured in December.

But Western powers — which are quick to condemn and impose sanctions on countries accused of civilian killings– have refused to take any drastic action against Saudi Arabia or its coalition partners, including Egypt, Jordan, Morocco, Sudan, the United Arab Emirates, Kuwait, Qatar and Bahrain.

The arms supplying countries, for obvious reasons, are unwilling to jeopardize their markets, specifically Saudi Arabia.

Dr. Natalie J. Goldring, a Senior Research Fellow with the Security Studies Programme in the Edmund A. Walsh School of Foreign Service at Georgetown University, told IPS that for years, the US government has documented Saudi human rights abuses in its own reports, including the State Department.

“Yet the United States continues to provide a largely open-ended weapons supply line to the Saudi government. It’s time for the US government to act in accordance with the Arms Trade Treaty (ATT) and with its own laws and suspend arms transfers to Saudi Arabia,” she said.

She argued US weapons manufacturers’ profit motives for continuing massive weapons sales to Saudi Arabia should not drive US military and foreign policy.

“The US Defense Department may benefit in the short term by keeping some weapons supply lines open with foreign orders. But the risks to US military personnel and US interests should be given far greater weight in decision making,” said Goldring who also represents the Acronym Institute on conventional weapons and arms transfer issues, at the United Nations.

The current issue of Time magazine says Saudi Arabia continues to spend a bigger portion of its economy on defence than any other nation (11 percent of gross domestic product (GDP) compared with 3.5 percent by the US).

“It burns through $6 billion a month to bomb Yemen, an ill-advised war that has come to define the abrupt change brought by King Salman since he assumed the throne a year ago,” said Time.

But future military spending is likely to falter due to a sharp decline in oil prices—dropping to less than $30 per barrel this week, down from $110 in early 2014.

According to the Stockholm International Peace Research Institute, from 2010-2014, the United Kingdom and the United States were Saudi Arabia’s top weapons suppliers.

In an article in Counter Punch published last November, William D. Hartung, director of the Arms and Security Project the Center for International Policy and a senior adviser to the Security Assistance Monitor, said the recent surge in US arms transfers to the Middle East is part of an unprecedented boom in major US arms sales that has been presided over by the administration of President Barack Obama.

“The majority of the Obama administration’s major arms sales have gone to the Middle East and Persian Gulf, with Saudi Arabia topping the list with over $49 billion in new agreements.”

“This is particularly troubling given the complex array of conflicts raging throughout the region, and given the Saudi regime’s use of U.S.-supplied weaponry in its military intervention in Yemen,” Hartung said.

He also pointed out that the Obama administration has made arms sales a central tool of its foreign policy, in part as a way of exerting military influence without having to put “boots on the ground” in large numbers, as the Bush administration did in Iraq—with disastrous consequences.

“The Obama administration’s push for more Mideast arms sales has been a bonanza for U.S. weapons contractors, who have made increased exports a primary goal as Pentagon spending levels off. Not only do foreign sales boost company profits, but they also help keep open production lines that would otherwise have to close due to declining orders from the Pentagon,” said Hartung.

For example, he pointed out, earlier this year it was reported that Boeing had concluded a deal to sell 40 F-18s to Kuwait, which will extend the life of the programme for another year or more beyond its current projected end date of early 2017.

Similarly, the General Dynamics M-1 tank has been surviving on a combination of Congressional add-ons and a deal for tanks and tank upgrades for Saudi Arabia.

“But it’s not just about money. U.S.-supplied arms are fueling conflict in the region. The most troubling recent sales is a deal in the works that would supply $1 billion or more in bombs and missiles for the Saudi Air Force, again for use in the Yemen war,” Hartung added.

Meanwhile, hundreds of protesters took to the streets in the Canadian capital of Ottawa last month demanding the cancellation of a hefty 10.5 billion dollar arms deal with Saudi Arabia which included light armoured military vehicles.

The contract, signed by the previous government, was described as one of the largest arms deals between Canada and Saudi Arabia.

The protest was triggered by the execution of 47 prisoners, including a Shiite cleric, on terrorism charges.
Foreign Affairs Minister Stephane Dion, who dismissed the protest, was quoted as saying: “What is done is done and the contract is not something that we’ll revisit.”