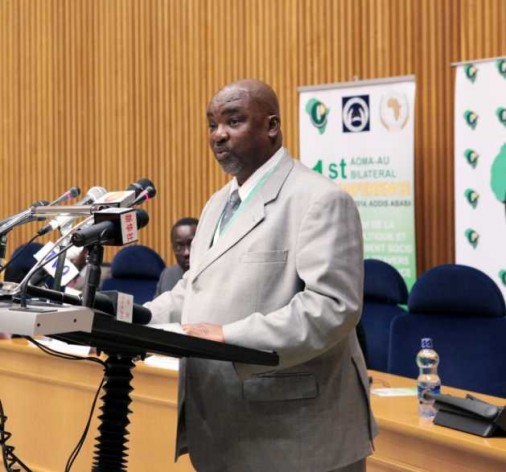 ISTANBUL, Turkey , May 22 2016 (IPS) - The African Union (AU) representing 54 countries and home to 1,2 billion inhabitants, will be in Istanbul to participate in the May 23-24, 2016, first-ever World Humanitarian Summit (WHS) with two key demands—that the international humanitarian system be redefined, and a strong, firm own commitment to itself, to the continent and its people, anchoring on the primacy of the states.

In an interview with IPS on the eve of the WHS, the Head of Humanitarian Affairs, Refugees, and Displaced Persons Division at the AU Commission, Olabisi Dare said “All the key concerns that the AU will be raising at the World Humanitarian Summit is that there is a need for the redefinition of the international humanitarian system; this redefinition should take the form of a reconfiguration of the system.”

The Nigerian career diplomat and international civil servant with over 27 years international field and desk experience in Asia, Africa, Europe and America, added that the requested redefinition “should take the form of a reconfiguration of the system, it being understood that the existing system which is predicated on the UN Resolution 46 182 is to say the least not being faithfully implemented.”

It is therefore in this context that the African Union is going to Istanbul with its own commitments to itself, that is its own commitment to the continent and its people and one of the key things of this commitment is to anchor on the primacy of the states itself, “the State has the primary responsibility to its own people to satisfy their needs and to take care of their vulnerabilities,” said Olabisi.

“We look at these in several forms:

“Africa however is resolved to begin addressing its own problems using African solutions to African problems.“ - Olabisi Dare, Head of Humanitarian Affairs, Refugees, and Displaced Persons Division at the AU Commission
Asked what are the African needed solutions that the AUC brings to the WHS, Olabisi, who was also senior Political/Humanitarian Affairs Officer at the African Union Mission in Liberia, with extensive experience in various aspects peace-building in a post conflict environment, including serving on the Technical Support Team to the Truth and Reconciliation Commission of Liberia, reaffirmed “The African Union will make proposals in terms of what it considers as the reconfiguration of the International Humanitarian systems.”

“Part of the solution is that there is a need for governments to play the primary role and a greater coordination role in order to fulfill the attributes of state in terms of its predictive and responsive nature and other attributes and this in itself is as part of what Africa has committed  to do and if this find its way to the Secretary General’s report as part of the recommendation, this would be very good.”

Olabisi, who was involved in the return and rehabilitation programme of over 300,000 Liberian refugees from across the West Africa sub-region, added “We are also going to call for the re-engineering of resolution 46182 Strengthening of the coordination of humanitarian emergency assistance of the United Nations to reflect  Africa’s views, to reflect the need to elevate the role of the state primarily to be to deliver to its people.”

The Resolution 46182 that Olabisi refers to, was adopted in 1991, setting as “Guiding Principles” that humanitarian assistance is of cardinal importance for the victims of natural disasters and other emergencies and must be provided in accordance with the principles of humanity, neutrality and impartiality.

Guiding Principle 3 clearly states, “The sovereignty, territorial integrity and national unity of States must be fully respected in accordance with the Charter of the United Nations. In this context, humanitarian assistance should be provided with the consent of the affected country and in principle on the basis of an appeal by the affected country.”

“Each State has the responsibility first and foremost to take care of the victims of natural disasters and other emergencies occurring on its territory. Hence, the affected State has the primary role in the initiation, organization, coordination, and implementation of humanitarian assistance within its territory,” states also the Guiding Principle 4. 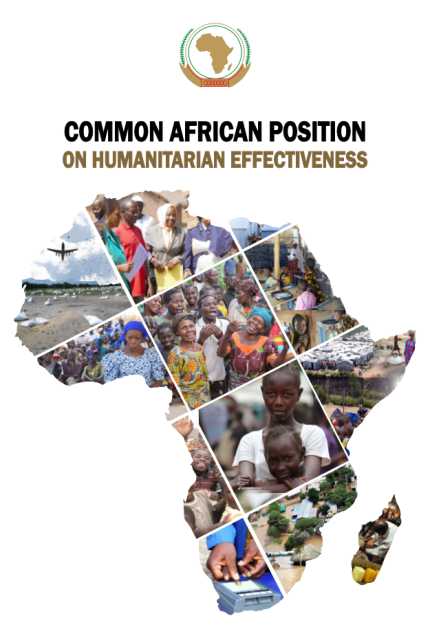 For its part, Guiding Principle 10 stresses, “Economic growth and sustainable development are essential for prevention of and preparedness against natural disasters and other emergencies. Many emergencies reflect the underlying crisis in development facing developing countries.

“Humanitarian assistance should therefore be accompanied by a renewal of commitment to economic growth and sustainable development of developing countries,” it adds. ”In this context, adequate resources must be made available to address their development problems.”

“Contributions for humanitarian assistance should be provided in a way which is not to the detriment of resources made available for international cooperation for development,” says Guiding Principle 11.

Obalisi then recalled “When you look at the Common African Position (CAP) [on the post 2015 development agenda], you find  that the first pillar speaks to the privacy of the state; all the other 9 pillar speak the same in one form or another.”

Africa will be calling on itself to be able to deliver more on resources and allocate more resources to humanitarian action, he added. “This is because it is mindful of the fact that the resource portals are dwindling from the north.”

“Africa is making these commitments to itself-due to the non-binding nature of the summit. The commitments Africa has made go beyond the WHS whether the summit is binding or not it will not affect what Africa is committed to, in its own self-interest and this is one of the key recommendations we will be taking to WHS.”

He stressed that Africa’s commitments are not to the WHS but the Summit “gives us an opportunity to discuss a paradigm shift in terms of the way we do things in the humanitarian field in Africa and also to see that we can positively add to the mitigation and alleviation of the sufferings of our people when disasters and displacements occur.”

“One of the key things to note is that Africa will go ahead with its own commitments, “our resolve to come up with something that is workable, pragmatic, and something that will make us see ourselves in a light that puts us in a position to help ourselves despite the grand bargain on Africa being shut out of the whole system,” Olabisi emphasised.

“Africa however is resolved to begin addressing its own problems using African solutions to African problems.“