Humanitarian Summit Aims to Mobilise Up to 30 Billion Dollars 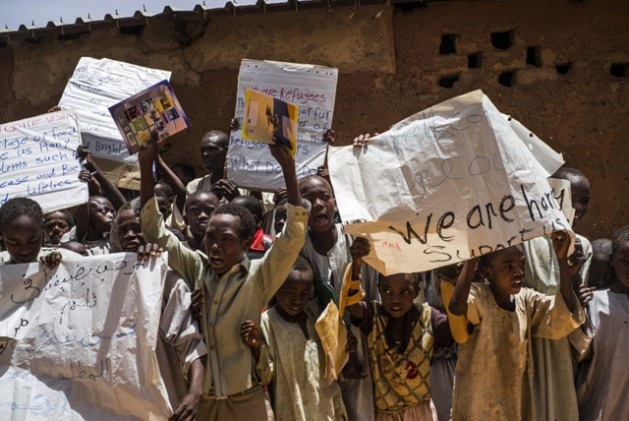 “Let us not underestimate the gravity of what lies before us in these coming days: A once in a generation opportunity to set in motion an ambitious and far-reaching agenda to change the way that we alleviate, and most importantly prevent, the suffering of the world’s most vulnerable people,” O’Brien added in an interview with IPS.

Asked about most civil society organisations increasing concern that the financial resources the WHS is aiming to moblise would come at the very cost of current, already extremely short funding to longer-term objectives, such as the sustainable development goals, O’Brien said, “Not at all; we expect the international community fo be more generous.”

The Istanbul Summit is both about fresh thinking and building on the best, and the change that’s necessary to deliver for our fellow men and women who need us most, said O’Brien.

“Disasters, both man-made and natural, are becoming more frequent, more complex and more intense. More than 60 million people have been forced to flee their homes due to conflict and violence. At this summit, humanitarian partners around the world will commit to take concrete action to address this,” said UN Deputy Secretary-General Jan Eliassonin at a press conference on the eve of the Istanbul Summit.

The United Nations estimates that more than 130 million people are in need of assistance and protection across the world today.

Every year, humanitarian needs continue to grow and more people need more help for longer periods of time. This also drives up the costs of delivering life-saving assistance and protection. UN-led appeals have grown six-fold from 3.4 billion dollars in 2003 to nearly 21 billion dollars today.

The WHS follows an extensive global consultation with 23,000 stakeholders world-wide to identify the key humanitarian challenges of our time.

Ban Ki-moon, UN Secretary-General laid out the United Nations’ vision for the Summit in an Agenda for Humanity focusing on a set of core commitments: to prevent and end conflicts; uphold the norms that safeguard humanity; leave no one behind; change people’s lives – from delivering aid to ending need; and invest in humanity.

In addition to the Summit’s plenary sessions starting May 23, series high-level leaders’ round tables are scheduled on: Leaders’ Segment for Heads of States and Governments on day one.

The Leaders’ Segment will discuss the five core responsibilities of the Agenda for Humanity.

These five core responsibilities are: one, Political Leadership to Prevent and End Conflict; two, Uphold the Norms that Safeguard Humanity; three, Leave No One Behind; four, Change People’s Lives – from Delivering Aid to Ending Need; and five, Invest in Humanity.