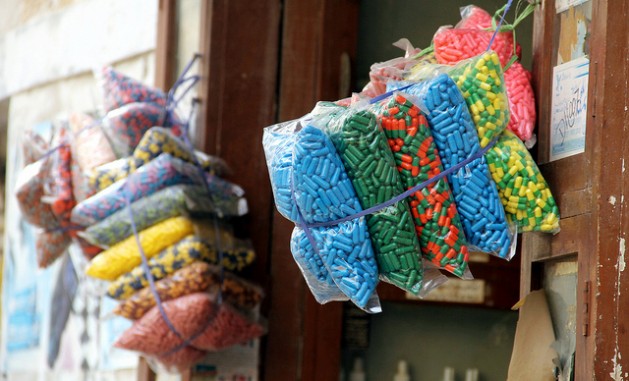 “(These problems) began with a small group of experts discussing and trying to warn the rest of us and it was not until it was politically addressed that it really became an issue that was solvable.”

“Of course (with antibiotic resistance) we have many technical issues still to solve, and medical issues, as well but it’s foremost a political issue,” said Wikstrom.

Antibiotics have helped extend the average person’s life by 20 years, yet by failing to use them with care we have already begun to render them useless.

Heads of State and Government will discuss the pressing issue of the decreasing effectiveness of antibiotics at a high level meeting scheduled to take place at the UN in September.

Earlier this week, experts and political leaders from the health, agricultural and economic sectors spoke at an event convened by the UN’s Every Woman Every Child at the Yale Club of New York about what needs to happen at the September summit.

“What is clear is that all countries around the world need to stop treating antibiotics as if they are sweets,” Lord Jim O’Neill, Chairman of the Review on Antimicrobial Resistance (AMR) told IPS. “It’s true in humans, and it’s true in agriculture.”

Incorrect use of antibiotics in both humans and farm animals is contributing the rapid increase in bugs which are resistant to the drugs we currently have.

“What is clear is that all countries around the world need to stop treating antibiotics as if they are sweets.” -- Lord Jim O’Neill, Chairman of the Review on Antimicrobial Resistance (AMR).

A study led by O’Neill has found that if the problem is not addressed an additional 10 million people will die every year by the year 2050.

The fact that no new antibiotics have been found since the 1980s makes these new drug resistant infections even more worrying, says Sally Davies, the United Kingdom’s Chief Medical Officer.

“We’ve essentially got a dry pipeline of no new drugs coming through,” Davies told journalists at a press briefing here, Tuesday.

Already 700,000 people die every year from drug resistant infections, a low estimate, according to the report.

One of the diseases which is most linked to drug resistance is Tuberculosis (TB). According to the WHO an estimated 480 000 people developed multidrug-resistant TB in 2014.

Aaron Motsoaledi, Minister of Health of South Africa and Chair of the Stop TB Partnership told journalists that the only drugs available to address multidrug-resistant TB are extremely toxic, and that even after long courses of these drugs, there is only a 50 percent cure rate.

“It is a market and moral failure at the same time for most pharmaceutical companies not to be investing in finding effective cures for this world leading cause of death from infectious diseases,” he said.

Motsoaledi added that AMR is not the only emerging global problem putting additional strain on health systems in developing countries and their ability to address infectious diseases.

“It’s not only AMR that might come … it’s also climate change, we’re not sure what it’s going to be bring, (and) we’re encroaching on the habitats of other organisms in the animal kingdom,” said Motsoaledi, in reference to diseases such as Ebola.

Strengthened health care systems can help address AMR by preventing infections, through measures such as immunisation and hygiene.

Training more doctors and nurse will also lead to the more appropriate use of antibiotics. However Davies emphasised that appropriate use does not necessarily mean reduced use overall.

“We must not forget that at this time more people die because they didn’t get access to the appropriate antibiotic than because of resistance, so it is also a development issue.”

Taking less than the full course of antibiotics can also lead to resistance. In her book, The Drugs Don’t Work, Davies describes how bacteria become resistant to drugs when a person doesn’t take antibiotics for long enough. If the drugs are not given enough opportunity to fully kill the bacteria it may survive while also learning how to resist future treatment with the same drug. This is why it is important that antibiotics are only taken exactly as prescribed by a trained medical professional.

Addressing AMR requires the health and agricultural sectors to work together, said Wikstrom.

However around the world, lack of regulation in the agricultural sector has seen antibiotics abused as growth hormones or as prophylaxis.

“All too often around the world antibiotics are used for growth promotion in animals,” said Davies.

Resistance to one powerful antibiotic, Colistin, which has been used in the agricultural sector, has recently reached the United States, after beginning in China.

Despite the importance of such drugs there are no global agreements around their use in agriculture, something which may potentially change at the UN meeting in September.

Any potential global regulations should be able to draw on positive examples from countries which have successfully regulated the use of antibiotics in farming.

Countries like South Korea and the Netherlands, show that it is possible to regulate antibiotic use on farms without having an economic impact on the agricultural sector, says O’Neill.

It is also important to remember that small holder farmers are particularly vulnerable to the global consequences of AMR because they live and work closely with animals, Carla Mucavi, Director of the Food and Agriculture Organization (FAO) New York Office told IPS.