ROME, Jun 6 2016 (IPS) - While the United Nations identifies 17 major regional seas in its planning, the Mediterranean is perhaps the most dramatic case as it has gone from being the so-called cradle of civilization to be a cemetery for thousands of asylum-seekers and migrants. And it is most probably also the most polluted water basin the whole world. See this report.

The Mediterranean covers a surface of 2,5 million square kilometres and is surrounded by 22 countries, which together share a coastline of 46,000 kilometres, and are home to around 480 million people across three continents: Africa, Asia and Europe.

But it is also a sort of a huge salty lake, being a semi-enclosed sea with only two tiny points of contact with open oceans-the Suez Canal in the East and the Gibraltar Straits in the West.

This implies that its waters need between 80 years and 150 years to be renewed as a result of its contact with open oceans, according to the Athens-based UN Environment Programme’s Mediterranean Actions Plan (UNEP/MAP).

In other words, a drop of polluted water remains there, circulating for a whole century on average.

Add to this that of its total population, nearly 1 in 3 inhabitant–or over 160 million—are permanent residents in urban centres situated along its coasts. And that some 180 millions tourists visit its shores annually, this making a total of some 340 million people concentrated in the coastal area during the peak holiday seasons.

Result: millions of people dumping in the Mediterranean their domestic and urban solid and liquid wastes. The problem becomes more evident if you consider that up to few years ago, over 40 per cent of coastal urban centres lacked sewage treatment facilities, and 80 per cent of waste water was disposed off in the sea untreated, according to UNEP/MAP.

Then come industrial activities as a key source of pollution, mainly from the chemical, petro-chemical and metallurgy sectors. Just some examples:

— Other industries such as the treatment of wastes and solvent generation, surface treatment of metals, production of paper, paints and plastics, dyeing, printing and tanneries, bring more pollution to the sea.

But the Mediterranean sea is also under pressure from intense maritime activities: with 30 per cent of all international sea-borne trade by volume originating from or directed to its ports or passing through its waters, and nearly 25 per cent of the world’s sea-transported oil transiting it, maritime traffic and sea-based pollution are among the key causes of pollution of this sea. 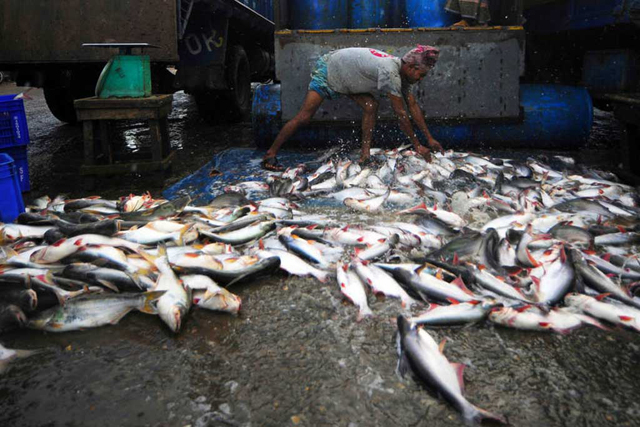 Just consider that an estimated 2,000 merchant vessels of over 100 tonnes are at sea at any given moment, with a total of 200,000 crossing the Mediterranean annually.

But it is not only about pollution produced by such a heavy maritime traffic. In fact, it is estimated that 50 per cent of all goods carried at sea around the world are dangerous to some degree.

The point is that some of the hazardous and noxious chemicals are far more dangerous than oil, although the quantities of these products transported by sea in the Mediterranean are only a fraction of the volume of oil carried by tankers.

On the other hand, operational oil pollution from ships include a variety of discharges of oil and oily mixtures that are generated on board. These include oil discharges into the sea, comprising oily ballast waters, tank washing residues, fuel oil sludge and bilge discharges.

Now UNEP/MAP has just launched its new updated Marine Litter Assessment in the Mediterranean, within the framework of the United Nations Environment Assembly (UNEA), held last month in Nairobi.

Marine litter has been confirmed as a critical issue in the Mediterranean, exacerbated by the basin’s limited hydrological exchanges with other oceans, as well as pressures from its densely-populated coasts, highly-developed tourism, along with the impacts of 30 percent of the world’s maritime traffic transiting the Mediterranean sea and additional inputs of litter from rivers and heavily urbanised areas. 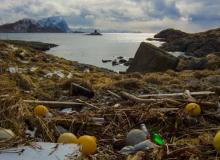 Compared to the 2008 assessment, this updated report provides data on waste and plastic inputs to the sea for each Mediterranean country and specifies the most important sources of litter, changes in their composition and transport patterns presenting updated results of modelling and provides a comprehensive review of existing data for the four compartments of the marine environment (beaches, surface, seabed, and ingested litter).

It also provides original data and information on micro-plastics, on derelict fishing gear and their impact and details the general reduction measures, especially those that are important for the Mediterranean Sea.

All the above might be lost in the ocean of information related to this year’s World Ocean Day, marked on June 8.

According to a United Nations report, world’s oceans – their temperature, chemistry, currents and life – drive global systems that make the Earth habitable for humankind.

“Our rainwater, drinking water, weather, climate, coastlines, much of our food, and even the oxygen in the air we breathe, are all ultimately provided and regulated by the sea. Throughout history, oceans and seas have been vital conduits for trade and transportation.”

Marking the World Oceans Day, the UN has underlined facts and figures:

— Over three billion people depend on marine and coastal biodiversity for their livelihoods;

— Globally, the market value of marine and coastal resources and industries is estimated at 3 trillion dollars per year or about 5 per cent of global Gross Domestic Product;

— Oceans contain nearly 200,000 identified species, but actual numbers may lie in the millions.

— Oceans absorb about 30 per cent of carbon dioxide produced by humans, buffering the impacts of global warming.

— Subsidies for fishing contribute to the rapid depletion of many fish species and prevent efforts to save and restore global fisheries and related jobs, causing ocean fisheries to generate 50 billion dollars less per year than they could.

— As much as 40 per cent of the world oceans are heavily affected by human activities, including pollution, depleted fisheries, and loss of coastal habitats.