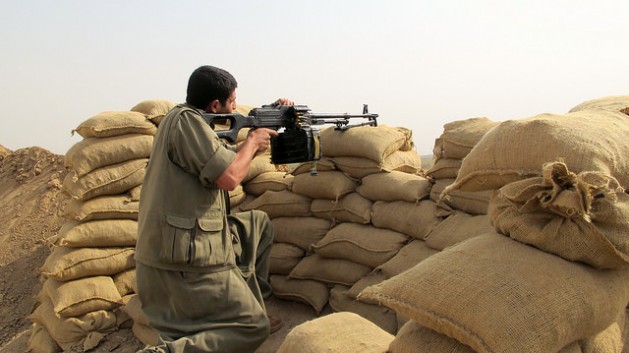 By providing military assistance for the ultimate eradication of extremist groups in Southern Yemen, the U.A.E have played a significant role in the rebuilding of peace and security in Yemen. Credit: Karlos Zurutuza/IPS

ROME, Sep 7 2016 (IPS) - As unrest and chaos plague Yemen, the U.A.E is not waiting in silence. Recognising that in spite of being impoverished Yemen has always been strategically important for U.A.E and the region, the warfare and conflict will not only gravely affect the region itself but could also obstruct the future security of the Middle East as a whole.

Extremist forces continue to hinder Yemen’s development and block any path to peace for the strife-torn nation. However, the U.A.E is determined to put the threat radical armed groups pose to a halt.

According to a recent report issued by Emirates News Agency, WAM, the U.A.E has played a crucial role in the growing success in the fight against Al Qaida in Southern Yemen.

Recently, the U.A.E supported Yemen’s significant military advancement. After five years of lawlessness and terrorist control in the province of Abyan, the Yemeni army managed to liberate the region and wipe out the deathly threat of terror posed by Al Qaida and its allies in Daesh. (ISIL) The U.A.E played a fundamental role in this military triumph through the extensive aerial cover provided whilst the Yemeni army advanced on the militants.

However, once secure in the knowledge of having gained back control over the conflict-ridden territory, the U.A.E did not stop there. The Emirati volunteer organization, the Emirates Red Crescent, successfully launched several humanitarian missions and provided vital food and water supplies to civilians most affected in the province.

The U.A.E’s forces have not only been victorious in their attempts to eradicate the chaos inflicted by extremist groups, they have also placed a strong emphasis on providing aid to all civilians, including those considered “unreachable”. They are committed to their pledge to provide sustainable development and long-term aid in a bid to rebuild Yemen’s civil society.

The recent military success in Abyan follows the recapturing of a major port in addition to an airport and surrounding territory in the coastal city of Al Mukalla, once seized by Al Quaida.

The operation had been planned six months in advance in order to ensure its success . More than 20,000 soldiers engaged in the warfare which lead to victory and a weakening of the Al Quaida threat. Subsequent operations focused on sustainable development for the city including the rebuilding of demolished buildings and the restoration of security at the city’s airport and port.

The Emirates News Agency, WAM, emphasises that “”it is just as important to root out the terrorists from their bases and bring Yemen’s coastal territories back to orderly government so that some measure of calm, normal business and social life can restart.” The U.A.E’s commitment to restore stability, security and order in Yemen is admirable. Through the donation of roughly 1.17 billion USD in the past 16 months to the crucial military assistance to eradicate the threat extremist armed groups pose, the future prospect of peace brings more hope to strife-torn Yemen.