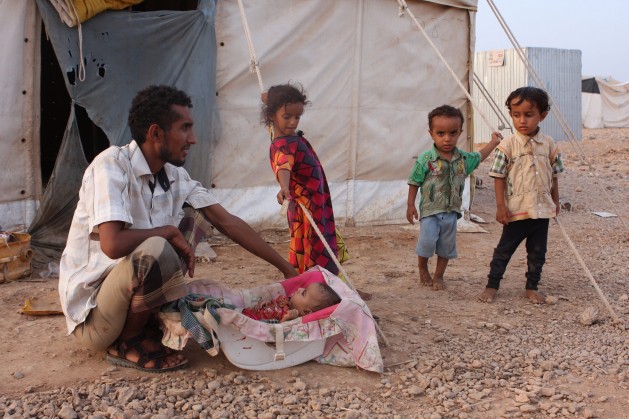 Just over half of the world's refugees are children. Credit: James Jeffrey/IPS.

UNITED NATIONS, Sep 21 2016 (IPS) - As Olympic swimmer Yusra Mardini opened the floor for US President Barack Obama’s leaders’ summit on refugees, she embodied a hope unavailable to most child refugees.

On Monday, ​the United States was one of the main countries to obstruct a UN Declaration ​that no child should ever be detained. Though welcome, the US’ commitment the following day to resettle 110,000 refugees in 2017 was overshadowed by its ugly record on detaining unaccompanied minors.

Just over half of the world’s 65.3 million refugees are children, of which the vast majority, some 25 million children are out of school, threatening to leave almost an entire generation behind.

Obama’s summit was the second of two high level meetings on migration and refugees held during the UN General Assembly on Monday and Tuesday this week.

After UN member states failed to come up with a collective agreement to resettle one in ten refugees on Monday, Obama invited countries to make commitments on an ​individual, “pay to play” basis: invitation rested on “new and significant commitments,” whether as resettlement opportunities, or financial contributions.

“This crisis is a test of our common humanity – whether we give in to suspicion and fear and build walls, or whether we see ourselves in another. Those girls being trafficked and tortured, they could be our daughters,” Obama said in his eighth and final address to the UN General Assembly as President, alluding to Donald Trump’s fear-mongering campaign.

Yet critics have called attention to the United States’ record of detaining unaccompanied minors and young women from Central America, saying it is a thorn in the country’s side – in what they call “its own backyard”.

“[Obama] should be commended for trying to build responsibility-sharing globally,” Kevin Appleby, Director of New York’s Center for Migration Studies, told IPS. “But again he needs to be consistent with all refugee populations in need… The administration is just not putting the effort into it in terms of protection for this particular migration flow,” he said, referring to Central American refugees.

“It is completely unequivocal for us that child detention solves nothing, and all it does is punish some of the most vulnerable who have had absolutely no hand in creating the situations that they are trying to escape,” Hannah Stoddart, Director of Advocacy and Communications at War Child, told IPS. 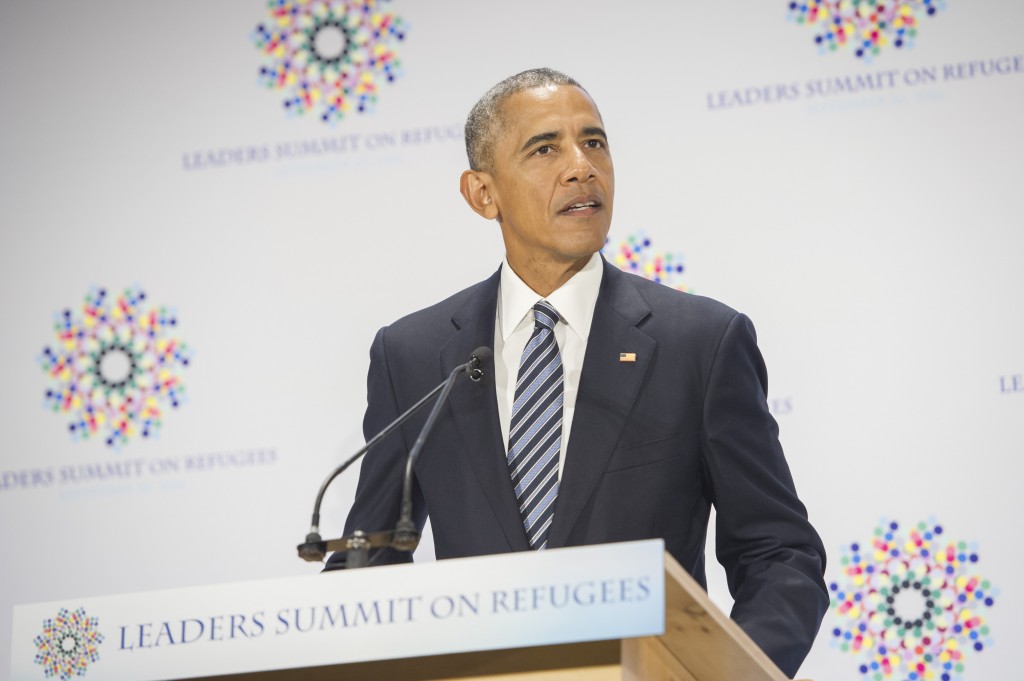 “We are extremely disappointed that the language on child detention was watered down in the final document.”

The UN Convention on the Rights of the Child, of which the United States is one of the few countries in the world not to be a signatory, states that “no child shall be deprived of his or her liberty unlawfully or arbitrarily.” It also states that the detention of a child should be “for the shortest appropriate period of time.”

Australia’s policy of detaining refugee children at offshore detention centres in Papua New Guinea and Nauru has come under criticism because the children detained there are held on an indefinite basis.

Promises to prioritise refugee education at Obama’s summit were welcomed, since only 50 percent of child refugees are in primary school and only 22 percent are in secondary school. Protracted crises present problems of lost generations – swathes of people denied education and corresponding prospects due to ongoing displacement.

War Child lamented that, of the United Kingdom’s pledge, 100 million GBP will be spent on deterrence. They say this money would “be far better invested in the education and protection of children who have fled conflict and persecution”.

The UK government is already underway building a wall at Calais to block migrants. On Sunday a 14-year-old boy from Afghanistan was killed after being hit by a lorry as he tried to enter the UK – despite the fact he had the legal right to be there, like the majority of the 900 unaccompanied children currently stuck in Calais.

Speaking at an event hosted by War Child, Salim Salamah, Director of the Palestinian League for Human Rights, said that the most important aspect of ensuring children go to school is that their parents are employed. Salamah, who is Palestinian, was born and raised in a Syrian refugee camp – before being forced to seek refugee in Sweden, one year before the end of his degree in law at the University of Damascus.

Small efforts are underway: some Syrians living in Zaatari camp in Jordan, for instance, have recently been provided with work permits – but with 670,000 Syrians living in Jordan alone, more is needed, as 9 out of 10 live under the Jordanian poverty line of $87/month.

From October 2013, to August 2015, 102,000 unaccompanied children reached the US from Mexico and Central American countries such as El Salvador, Honduras and Guatemala. Fleeing gang-related violence extreme poverty and states unable or unwilling to protect them, these numbers are dramatically higher than the steady flows of migrants arriving from the region since the 1980s.

“A child’s protection should not be based on a parent’s immigration status. This is a child protection issue; it’s not an immigration issue; it’s not an enforcement issue,” said Megan McKenna, Communications Director at Kids in Need of Defense (KIND) which provides free legal services to children, speaking to IPS. Under the Central America Minors’ Program, only children whose parents have legal status in the US are allowed to stay.

Rights groups argue that though six out of 10 Central Americans arriving have valid asylum claims, they are routinely treated as economic migrants and not as refugees.

Still, “there’s an intimate connection between instability, threats of violence, and your ability to earn a livelihood,” said Noah Bullock, Executive Director of Foundation Cristosal in El Salvador.

Speaking at the UN on Tuesday, Obama claimed that “America has been a rare superpower in human history insofar as it has been willing to think beyond narrow self-interest.”

“In the context of Central American refugees, it’s brazenly clear that the policy is driven by national interest,” Appleby responded. “Everything I’ve heard him saying – about helping people and saving people in the Mediterranean, in terms of family reunification – our administration is guilty of”.

The US is “spending millions of dollars on detention, family detention with private prison companies,” says Appleby, “and in paying the Mexican authorities to interdict and stem the flow of migrants,” who are there further marginalised and frequently returned to the situations they originally fled.

Far more attention needs to be paid to the United States’ own complicity in the problems that ravage the region, from its foreign policy, including the 2009 coup of Honduras’ democratically elected President Manuel Zelaya, to the war on drugs.