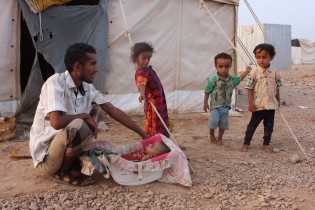 By Tharanga Yakupitiyage
With record numbers of forcibly displaced persons around the world, many were left disappointed by the outcome of a high level UN summit designed to address the issue by bringing together world leaders on the sidelines of the UN's annual General Assembly.