Oct 25 2016 - Hydrofluorocarbons or HFCs are thought to be responsible for contributing to 0.5 Celsius warming of the climate. On October 14, 170 countries came together in Kigali, Rwanda to sign an amendment to the Montreal protocol treaty that will commit nations to eliminate 90 percent HFCs with phasing out work slated to begin in 2019. HFCs are used in air-conditioning, refrigeration and aerosols and its usage has been rapidly increasing (at about 10 percent annually) as income levels spurred in Asian countries like China and India with expanding middle classes; the mass scale adoption of air conditioning in homes, commercial buildings and cars was inevitable. The downside to HFCs is that it is considered to be much more destructive to the climate than carbon dioxide. 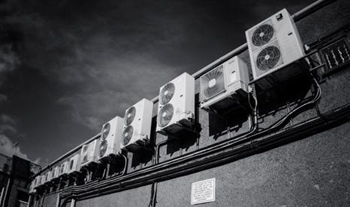 The deal will have little impact on advanced nations which had begun to phase out HFCs much earlier. For instance the European Union adopted measures that took HFCs out of their cars as back as 2011. The problem of course lies with developing countries such as ours where the use of HFCs remains widespread. The original agreement signed in Montreal in 1987 replaced another harmful chemical CFC with HFC. However, as we are finding out the “solution” turned out to be not very helpful as global warming was concerned, since scientists identified it as a greenhouse gas.

The reason perhaps why it took so long for developing nations to come to the negotiating table was that companies making air conditioning equipment in their countries still relied on old technology and a ratified treaty would require substantial investment to upgrade both factories and equipment. The age old argument remains that climate change is primarily caused by advanced economies and the penalty being posed on developing nations is unfair. Unfortunately, climate change is a global problem and we all need to do our bit to stem global warming. But the good news is that countries such as China will get a little more time and our time for phasing out HFCs begins in 2028, while for Europe, Japan and the United States (US) it starts in 2019.

The agreement includes provisions for hot countries to reduce their use of HFCs at a slower rate. Developed countries will start to reduce the use of HFCs by 2019, while developing nations have been given a longer time frame in which to freeze their use of the damaging gases. The roadmap points to richer economies like that of the US, Europe and Japan start limiting their use of HFCs within a few years and make a cut of at least 10 percent from 2019. Developing countries like China, Latin American countries and island states will put a cap on use of HFCs from 2024. Other countries including India, Pakistan, Iran, Iraq and the Gulf States will not freeze their use until 2028. China remains the largest producer of HFCs and getting it onboard the deal was of paramount importance.

According to Durwood Zaelke of the Institute for Government and Sustainable Development (IGSD) “Absolutely it’s a historic day. We came to get a half a degree of warming out of the system and we are going to walk away with about 90 percent from the Kigali amendment”. The sentiment is echoed by Christian Aid’s Senior Policy Advisor, Benson Ireri who stated “HFCs posed an immediate threat to a safe climate due to their increasing use and high global warming potential, thousands of times more potent than carbon dioxide”.

While the deal is being hailed as a great success, implementation remains a major issue. If implemented fully, experts calculate that it will remove the equivalent of 70 billion tonnes of carbon dioxide from the atmosphere by 2050. The challenge will be to find monies for research and development of viable albeit environment-friendly alternatives to HFCs. Current research points to substances that do not deplete the ozone layer and have minimal impact on the climate, e.g. ammonia. According to experts, super-efficient, cost effective cooling technologies are in the development phase that can help protect the environment by reducing HFC emissions that are also energy efficient. Given that worldwide use of refrigerators, air conditioners, aerosol spray use is increasing at a rate of 10 percent annually, it was imperative that the Kigali deal be signed by participants with realistic timeframes. Any change of this magnitude will require billions of dollars in new technologies to re-equip manufacturers. This issue will be discussed in the next Meeting of Parties in Montreal in 2017.

The writer is Assistant Editor, The Daily Star.