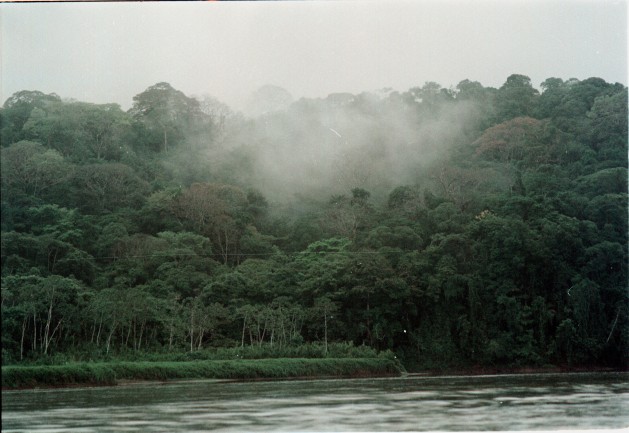 Oct 17 2016 (IPS) - Secure indigenous land rights not only bring environmental benefits, they can also foster economic development, according to a new report released by the World Resources Institute.

The report, Climate Benefits, Tenure Costs: The Economic Case for Securing Indigenous Land Rights, describes how local communities can sustainably manage forests and generate economic growth when given tenure rights to their land.

In Guatemala, Indigenous communities have successfully created sustainable income from the forest, while treating it as a renewable resource, Juan Carlos Jintiach, Advisor of Indigenous Organizations of the Amazon River Basin (COICA) told IPS.

Indigenous communities in Guatemala export forest products including highly nutritious berries which are popular in Korea and Japan, said Jintiach.

“The role of forests in climate mitigation is vastly under-appreciated, even by most climate experts,” Dan Zarin

Their careful management of the forests has also made their wood products popular with guitar manufactures such as Gibson and Fender, he added.

“In Guatemala the community-based industry is very well organized.” They have a land rotation system for their timber activities and they monitor the timber products up to the point they reach the consumer.

“They have a sophisticated way of managing their forests – you can almost trace a product from the tree it came from on a particular patch of land.”

“They use this revenue to improve local development, healthcare and education in their communities and that’s where the economic impact comes into the picture,” said Jintiach.

Therefore, inclusive economic growth which benefits indigenous peoples is one of the ways that countries can tackle extreme poverty, and achieve the first Sustainable Development Goal of ending extreme poverty.

However, economic benefits are not the only reason why Indigenous Land Rights are important, the report argues.

“The role of forests in climate mitigation is vastly under-appreciated, even by most climate experts,” Dan Zarin, Director of Programs, Climate and Land Use Alliance said at the launch of the report.

“Other than the oceans there are no other carbon capture and storage technologies that are nearly as cost effective as forests and are proven on a large scale,” said Zarin.

Yet far too often government overlook local communities and allocate the rights to exploit a forest and other natural resources to multinational corporations with few if any links to the land.

“Indigenous Peoples and other communities hold and manage 50 to 65 percent of the world’s land, yet governments recognise only 10 percent as legally belonging to these groups, with another 8 percent designated by governments for communities,” the report found.

The report argues that allocating land rights to indigenous groups is relatively inexpensive for governments especially considering the measurable benefits.

“Secure indigenous forestlands provide significant global carbon and other ecosystem service benefits in Bolivia, Brazil, and Colombia, estimated at between $679 and $1,530 billion for the next 20 years,” said the report.

“Meanwhile, the costs of securing indigenous forestlands amount to less than one percent of these benefits.”

“We have seen that the REDD+ program has been there for more than 10 years now and there is still deforestation happening in Brazil and Indonesia. The reason for that is partly because many of these lands are held by indigenous people are not recognised and they are not protected,” said Ding.

In practical terms, she points out, land tenure rights allow local communities to access credit, which will enable them to generate economic benefits.