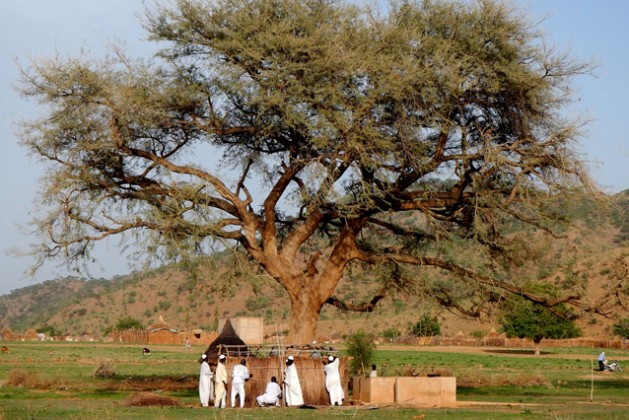 Men from the Koloma IDP camp in Goz Beida, Eastern Chad, build a shelter for a generator that the community has purchased in order to pump water through a water system built by Oxfam and handed over to the IDP committee in 2012. Credit: OCHA/Pierre Peron

MARRAKECH, Morocco, Nov 17 2016 (IPS) - “Climate change will make a difficult situation much worse, and will affect millions of people in the Middle East and North Africa region,” World Bank MENA Vice-President Hafez Ghanem stated at the 22nd Conference of Parties to the UN Framework Convention on Climate Change (UNFCCC) in Marrakech, Morocco on 7-18 November.

Aware of their vulnerabilities to the impacts of climate change, countries in the Middle East and North Africa (MENA) region have begun taking action to confront the phenomenon and today, several highlighted their initiatives at the United Nations Framework Convention on Climate Change (UNFCCC) in Marrakech, Morocco, known as COP 22.

Agriculture in the MENA region is especially vulnerable to changes in temperature and precipitation. As global temperatures rise, they will rise even faster in MENA, causing more frequent and severe droughts.

The 2015 drought in Morocco destroyed more than half the wheat harvest and led to a 1.5 per cent drop in the country’s Gross Domestic Output.

During a panel discussion on UN Secretary-General Ban Ki-moon’s Initiative on Climate Resilience at COP 22 on November 11, Saudi Arabia’s Chief Climate Negotiator, Khalid Abuleif, said that the region “is going to see a lot of challenges from an ecosystem point of view and from a socio-economic point of view.” The challenge is not only about reducing gas emissions but also about raising “our resilience.”

Abuleif stressed that as Saudi Arabia is diversifying its economy, any new sector will be put under regulations that will address sustainability and climate resilience.

He added that his country is focusing especially on water management, “making sure we are using water in a sustainable manner,” and on the protection of coastal zones.

Tunisia has announced a 41 per cent emission reduction by 2030. Most importantly, 13 per cent will be based on national efforts, while the rest will come from support provided by the international community. 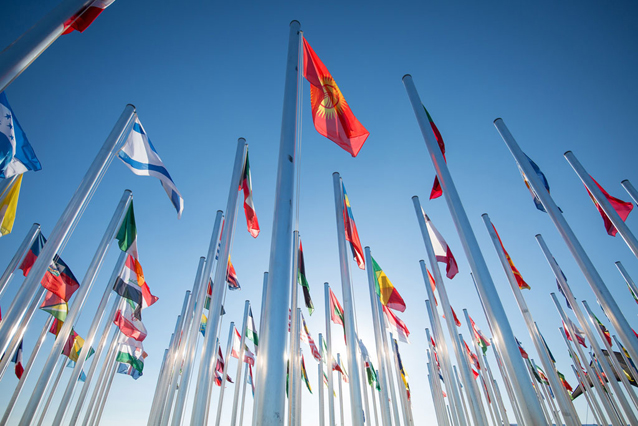 A week after COP 22 concludes, Tunisia will host an international investment conference (29-30 November) to mobilize 2.4 billion dollars, 40 per cent of which will be allocated to projects pertaining to the ‘green economy,’ with a focus on renewable energy.

In Morocco, to meet the country’s commitments on climate action, the “Bank Al Maghrib” (Central Bank of Morocco) recently unveiled the road map of the Moroccan financial sector in climate financing.

The country has also taken steps to adapt its agriculture, with better water management and more climate-resistant crops, while also lowering its emissions by eliminating most energy subsidies and with the construction of the large solar plant in Ouarzazate, World Bank senior official Hafez Ghanem noted.

“This is the kind of comprehensive climate action we will support across the region, with a special focus on the poorest and most vulnerable,” he added.

The World Bank Group announced on November 15 a new plan to ramp up support for countries in the MENA region by nearly doubling the portion of Bank financing dedicated to climate action, taking it to around 1.5 billion dollars per year by 2020.

The plan focuses on four priorities: food and water security; sustainable cities adapted to new climate conditions; the transition to low-carbon energy; and the protection of the poorest that are most exposed to the impacts of climate change.

The Marrakech Conference follows the adoption by 196 UNFCCC States Parties last December, of the Paris Agreement, so-named after the French capital where it was approved, which aims to strengthen the global response to the threat of climate change by keeping the global temperature rise this century well below 2 degrees Celsius above pre-industrial levels and to pursue efforts to limit it to 1.5 degrees Celsius.

The Agreement entered into force in time for COP 22, which has been under way since 7 November. Before the meeting wraps up on18 November, parties hope to define the rules of implementation of the Paris Agreement and establish a viable plan to provide financial support to developing countries to support climate action.