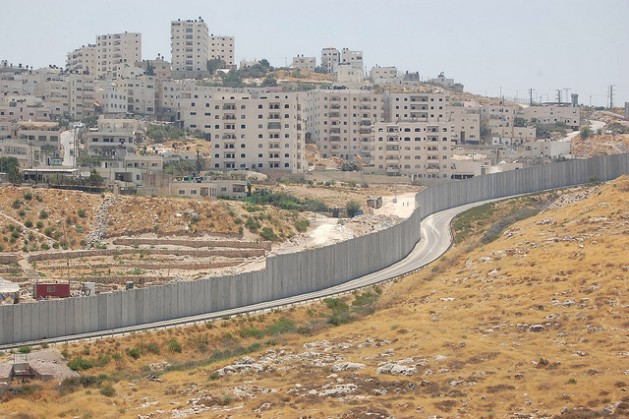 UNITED NATIONS, Dec 23 2016 (IPS) - A historic UN Security Council resolution demanding an end to Israeli settlements received sustained applause within the security council chamber after it was adopted with 14 votes in favour and one abstention on Friday.

The Arab-backed resolution condemns the “construction and expansion” of Israeli settlements in the West Bank and East Jerusalem, calling them a “flagrant violation” of international law and a “major obstacle to the achievement of the two-State solution.”

Rivad Mansour. Permanent Observer of the State of Palestine to the UN welcomed the vote describing it as long-overdue, necessary and important.

“The resolution adopted reaffirms the Council’s decades-long position that Israeli settlements in the Occupied Palestinian Territory, including East Jerusalem have no legal validity, constitute flagrant breaches under international law, namely the Fourth Geneva Convention, and constitute a major obstacle to peace,” said Mansour.

The United States abstained from the vote, choosing not to use its veto in a break with the country’s long-standing foreign policy towards Israel.

In her address following the vote, U.S. Ambassador to the UN Samantha Power agreed that Israeli settlements have “no legal validity,” however, she noted that their vote was not a straightforward one due to double standards Israel has faced at the UN.

“For as long as Israel has been a member of this institution, Israel has been treated differently from other nations at the United Nations,” she told the Council, noting that this unequal treatment hurts Israel and undermines the legitimacy of the UN and is among the reasons that the U.S. did not vote in favour of the resolution.

But because the resolution “reflects the facts on the ground,” the U.S. did not veto the document, Power said.

“It is precisely our commitment to Israel’s security that makes the U.S. believe that we cannot stand in the way of this resolution as we seek to preserve a change of attaining our longstanding objective: two states living side by side in peace and security,” she continued.

Though she reaffirmed the U.S.’ continued commitment to the security of Israel, Power noted that one cannot simultaneously champion Israeli settlement expansion and a viable two-state solution.

The Obama administration has been critical of settlement construction in the West Bank and East Jerusalem. In October, the State Department “strongly condemned” the Israeli government’s decision to create a new Jewish settlement in the West Bank.

Egypt, the original sponsor of the resolution, noted that document reflects a “a painful reality of illegitimate settlement.”

“Egypt has been and continues to be one of the strongest believers in the possibility of just durable peace in the Middle East based on the principles of two-state solution and land for peace as recognised by international legitimacy,” said the Egyptian Ambassador to the UN Amr Abdellatif Aboulatta.

The resolution was initially on the Security Council’s agenda on Thursday until Egypt withdrew the resolution hours before the scheduled vote. This prompted another group of nations to reintroduce the resolution for an immediate vote on Friday afternoon.

Both Israeli Prime Minister Benjamin Netanyahu and U.S. President-elect Trump urged the U.S. to veto the resolution on Thursday.

“As the United States has long maintained, peace between Israelis and the Palestinians will only come through direct negotiations between the parties, and not through the imposition of terms by the United Nations,” said Trump.