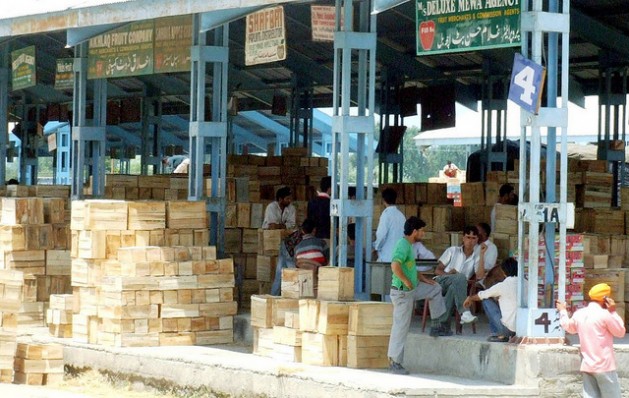 KUALA LUMPUR, Jan 12 2017 (IPS) - So-called free-trade agreements (FTAs) are generally presumed to promote trade liberalization, but in fact, they do much more to strengthen the power of the most influential transnational corporations of the dominant partner involved. While FTAs typically reduce some barriers to the international trade in goods and services, some provisions strengthen private monopolies and corporate power.

Not surprisingly, FTA processes are increasingly widely seen as essentially corrupt. They are typically opaque, especially to the producer and consumer interests affected. The eventual outcomes are often poorly understood by the public and often misrepresented by those pretending to be experts.

And while many in the transnational elite who benefit remain committed to yet more FTAs as means to extend and expand their power and interests, public trust and hope have declined as people become aware of some of their most onerous provisions and likely consequences.

Thus, people are voting against the politicians held responsible for supporting FTAs regardless of their party affiliations. Brexit and the election of Mr. Trump are examples of such global trends.

Do FTAs promote freer trade?
While FTAs may increase trade and trade flows, but are they worth the effort, considering the paltry growth gains generated? There are considerable doubts that some FTA provisions — e.g., those strengthening intellectual rights (IPRs) or investor-state dispute settlement (ISDS) rules unaccountable to national judiciaries — enhance international trade, economic growth or the public interest.

Greater trade and trade liberalization may potentially improve the welfare of all as well as accelerate growth and structural transformation in developing countries. But such outcomes do not necessarily follow, but need to be ensured through complementary policies, institutions and reforms.

Furthermore, trade liberalization on false premises has also undermined existing productive and export capacities and capabilities without generating new ones in their place, i.e., causing retrogression rather than ensuring progress. Such effects have not only set back economic development, but often, also food security, especially in Sub-Saharan Africa.

Freer and fairer trade without FTAs
More people now realize that trade expansion compatible with welfare and development aspirations can happen without FTAs, e.g., through unilateral measures. This was evident when the US trade embargo on Cuba was dropped, and will happen if US trade relations with Iran improve. Similarly, US-Vietnam trade should expand rapidly in the absence of decades-long discriminatory and onerous US legislation imposed on Vietnam following the end of the War in 1975.

During the recent US presidential campaign, both presidential aspirants attributed the US trade deficit with China to the latter’s alleged currency manipulation. While many developing countries, especially in East Asia, manage their currencies for various reasons, the recent market consensus is that the renminbi has been reasonably aligned for some time, while the currencies of some other countries, mainly US allies in East Asia, are more significantly undervalued. US trade negotiators have long complained that they cannot get enforceable currency rules into any FTA as it is so easily prone to abuse.

More fundamentally, such a solution does not address the underlying problems of the international monetary system which confers an ‘exorbitant privilege’ on the US. With greatly liberalized capital accounts in recent decades, many ‘emerging market economies’ have experienced large and sudden outflows of capital. Hence, they have resorted to the expensive and contractionary practice of so-called ‘self-insurance’, by accumulating huge foreign exchange reserves in case of need for emergency deployment.

This has had substantial opportunity costs for emerging economies as these reserves could have been used more productively instead of keeping them in low-yield US Treasury bonds. Besides transferring seigniorage gains (to the currency issuing government due to the difference between the face value of currency and their production costs) to the US, emerging countries are, in effect, helping to finance US deficits and expenditure.

Multilateralism still best option
If President-elect Trump lives up to his campaign rhetoric, all plurilateral and multilateral free trade agreements will be affected. But his ‘Put America First’ alternative of negotiating bilateral trade deals favourable to the US is also hugely problematic because of the heavy demands it will place on the US as well as its negotiating partners, especially smaller and developing countries with modest negotiating capacity.

And while Trump’s main preoccupations have been with the goods trade and US jobs, there has been no indication so far that he will not continue to promote US corporate interests more generally, e.g., on intellectual property, investor rights, financial liberalization and dispute settlement, as part of ostensible comprehensive trade negotiations. Such concerns have been reinforced by the choice of recent appointees to senior trade-related positions in the new administration.

Determinants of trade flows and patterns are many and varied, including incomes (or, purchasing power), growth rates, tariffs, non-tariff barriers, exchange rates as well as import and export rules. The World Trade Organization (WTO) and other existing multilateral institutions can do much to facilitate greater trade in the interest of all if given a chance to succeed.

Worryingly, there has been no indication so far that the next US administration will not undermine multilateral trade negotiations under WTO auspices. Unfortunately, the current Doha Round of trade negotiations has been prevented by powerful corporate interests and the governments. Concluding a truly progressive trade agreement would not only meet developmental aspirations as well as advance national, public, consumer and producer interests, but would also help ensure a more balanced and robust global economic recovery.