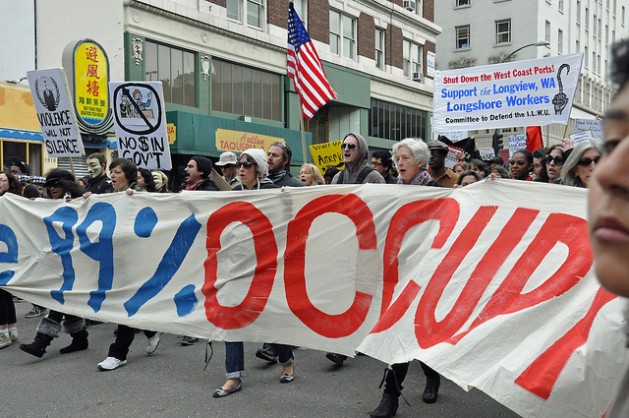 Now that Donald Trump has announced that he will take the US out of the Trans-Pacific Partnership (TPP) Agreement, an increase in US trade protectionism is expected, possibly triggering serious trade conflicts with unpredictable consequences. Credit: IPS

KUALA LUMPUR, Malaysia, Jan 19 2017 (IPS) - US President-elect Donald Trump has announced that he will take the US out of the Trans-Pacific Partnership (TPP) Agreement on the first day of his presidency in January 2017. Now, it is widely expected that Trump’s presidency will increase US trade protectionism, and consequently by others in retaliation, possibly triggering serious trade conflicts with difficult to predict consequences.

After decades of denial by ‘free trade’ advocates, it is now widely agreed that many manufacturing jobs in the US have been lost to both automation and offshore relocation by US corporations. Free trade agreements (FTAs) are also being blamed for the US’s large trade deficits.

Trump trade strategy?
With the global economic slowdown of the last eight years associated by many with the slowdown of trade expansion, the surprise election of President-elect Trump has become the subject of much speculation and some dire predictions. Many are concerned that Trump has made various contrarian pronouncements on FTAs, while his appointments to trade related portfolios seem to contradict his trade rhetoric.

In early December 2016, the Wall Street Journal noted the unexpectedly high number of TPP advocates joining the Trump administration to serve in trade-related capacities. Although the hopes of some TPP advocates of a last-minute reprieve are probably misplaced, there is no indication that some amended version, perhaps with a different name, will not eventually emerge in its place.

If President-elect Trump lives up to his campaign rhetoric, other plurilateral free trade agreements will also be affected. Trump has referred to the TPP and the North American Free Trade Agreement (NAFTA) as disasters for the US, and has vowed to renegotiate NAFTA. His announced preference for negotiating “fair” bilateral trade deals favourable to the US has not given much comfort to prospective negotiation partners.

And while Trump’s main preoccupations have been with US manufacturing jobs and the related international trade in goods, he is also expected to promote US corporate interests more generally, e.g., on intellectual property, financial liberalization, investor rights and dispute settlement.

Already, most US FTAs include ‘non-trade issues’, many of which have raised costs to consumers, e.g., by further strengthening intellectual property monopolies typically held by powerful transnational corporations, whose chief executives seem likely to be very influential in the new administration.

Currency manipulation
During the presidential campaign, both Hillary Clinton and Trump accused China of being a “currency manipulator”, despite market consensus that the Chinese renminbi has been reasonably aligned for some time. Under US law, evidence of currency manipulation could be grounds to impose additional tariffs on imports from a country so deemed by the Treasury Department. Aware that this could exacerbate trade conflicts, President Obama avoided pressure to do so from many Congress members, lobbyists and economists.

However, Trump can easily revise this position on some pretext or other, by taking trade or other retaliatory actions against China on the ostensible grounds of alleged currency manipulation which would contravene World Trade Organization (WTO) rules, allowing China to successfully take a case against the US to the WTO for such an illegal action.

WTO trade rules abused
Trump has also threatened to impose tariffs of as much as 45% on imports from China and Mexico! But while an across-the-board tariff hike is unlikely, as it is prohibited by the WTO, the new administration is likely to consider invoking WTO trade-remedy actions on products from China, Mexico and other countries by claiming they are being dumped or subsidized. This has already happened, e.g., with solar panels and wind turbines from China, raising the costs of renewable energy, and thus undermining the global warming mitigation effort.

To be sure, WTO trade remedy rules have long been widely abused for protectionist purposes. A country can impose high tariffs on an imported item from another country by claiming its price has been artificially depressed or subsidized by the government in order to export – or ‘dump’ – them at a price lower than the domestic price. No deterrent is imposed against the offending country even if a WTO dispute settlement panel rules that the ostensibly anti-dumping tariff-raising action was wrongly taken, even though the exporting country has lost considerable export earnings in the interim.

Furthermore, similar actions can be repeated without impunity with no threat of penalty. Such ostensible trade-remedy actions are more likely than blatant tariff walls. These may, in turn, trigger retaliatory counter-actions by aggrieved governments, potentially leading to a spiral of trade protectionism, i.e., trade warfare.

Fair trade?
It is unclear how the new administration views FTAs more generally. The President-elect’s objection to the TPP and NAFTA focuses on the goods trade, and the loss of manufacturing jobs due to cheaper imports, often brought in by the same companies which have chosen to relocate production capacities abroad, and are already mobilizing to resist actions which may jeopardize their profits.
This view does not seem to recognize that technological change, particularly with automation, has been the major source of job losses. Many jobs remaining in the US have higher skill requirements, with fewer employees producing more goods with less labour-intensive techniques.

“Fair trade” will be subject to self-serving interpretations by the governments concerned, arguably further undermining trade multilateralism. While freer trade has undoubtedly improved consumer welfare with cheaper imports, it has seen some deindustrialization in the North and industrialization in the South in recent decades with important employment consequences which have been a major source of the current discontent over globalization.

Trade growth slower
To be sure, the trade growth slowdown following the 2008 financial crisis suggests that the U-turn has already taken place after an extraordinary period of trade expansion due to much greater international specialization with the popularization of international value chains.

In December 2015, Obama’s United States Trade Representative (USTR) Michael Froman threatened the already difficult Doha Round of WTO trade negotiations by trying to introduce TPP issues which had been kept off the agenda from the outset of the ostensibly Development Round after the Seattle WTO ministerial walkout of 1999.

Perhaps most worryingly, there has been no indication so far that the next US administration will not undermine multilateral trade negotiations under the auspices of the WTO. Trump’s much-trumpeted preference for bilateral deals favourable to the US is likely to test trade multilateralism as never before.

But President-elect Trump also has a penchant for the unpredictable, and may yet surprise the world with a new commitment to trade multilateralism to advance consumer, producer, and development interests for all.