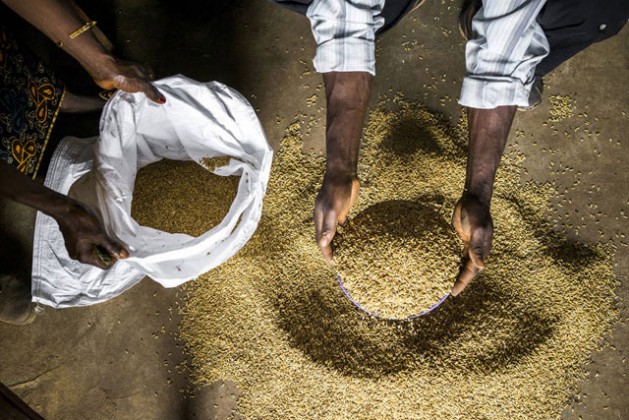 ROME, Feb 11 2017 (IPS) - It may sound like an endless tale of modern seven plagues: mad cows, avian flu, led-poisoned fish, swine fever, desert locusts being the most dangerous of migratory pests, let alone new, aggressive rust threatening entire wheat crops in three continents, just to mention a few. Now it is about contaminated food that every year causes illness to 1 in 10 people around the world – or around 700 million – killing 420,000 people as a result.

The leading United Nations body in the field of food agriculture has something to say on this. And it does: food availability and food hygiene are compromised every day by diseases and pests that plague plants and animals as well as various types of contaminants.

“This happens on farms, in factories, at home, in fresh or sea water, in the open air and in the midst of dense forests,” warns the UN Food and Agriculture Organisation (FAO).

Whether in the form of pathogen, insect or contaminant, threats are now travelling faster and further, making effective and timely responses more difficult and putting people’s food supplies, their health and livelihoods, and often their lives at greater risk, it adds.

Over 70 per cent of new diseases of humans have animal origin, with the potential of becoming major public health threats, FAO adds.

Key facts
• Over the past decade, more than 70 per cent of emerging diseases affecting humans originated from livestock and wildlife,
• More than 200 diseases are spread through food, killing 420 000 people annually,
• More than 3 billion dollars are lost due to shrimp diseases globally,
• Plant pests and diseases account for an estimated 30 per cent of global crop production losses across the world,
• Insect pests affect more than 85 million hectares of forests worldwide.

On this, another UN specialised agency, the World Health Organization (WHO), has something to add: the great majority of people will experience a foodborne disease at some point in their lives.

This highlights the importance of making sure the food we eat is not contaminated with potentially harmful bacteria, parasites, viruses, toxins and chemicals, according to WHO.

“Food can become contaminated at any point during production, distribution and preparation. Everyone along the production chain, from producer to consumer, has a role to play to ensure the food we eat does not cause diseases.”

Should this not be enough, the UN food and agriculture agency reminds that with more people, plants and animals travelling internationally, there are more pathogens moving with them.

Moreover, FAO says that a third of global crop production is lost annually due to insects and plant diseases that can spread to multiple countries and through continents.

Why All This Happens

According to the specialised agency, a number of trends are contributing to this, including certain types of intensive farming, deforestation, overgrazing and climate change.

In addition, conflicts, civil unrest and globalized trade are all increasing the likelihood of threats emerging, passing to other countries and becoming devastating in these newly infected countries, it adds.

“Food can be contaminated in the processing and marketing phases, processes that often take place in different countries making it more difficult to identify the point of contamination.”

To address the rising number of trans-boundary animal and plant pests and diseases, FAO has published “Averting risks to the food chain“, a set of proven emergency prevention methods and tools. They show how prevention, early warning, preparedness, good food chain crisis management and good practices can improve food security and safety, save lives and livelihoods.

“Keeping the food chain safe is becoming increasingly complicated in an interconnected and more complex world. That’s why we believe it’s important for sectors involved in food production, processing and marketing to watch out for current and potential threats and respond to them in a concerted manner,” said FAO Assistant Director-General Ren Wang. 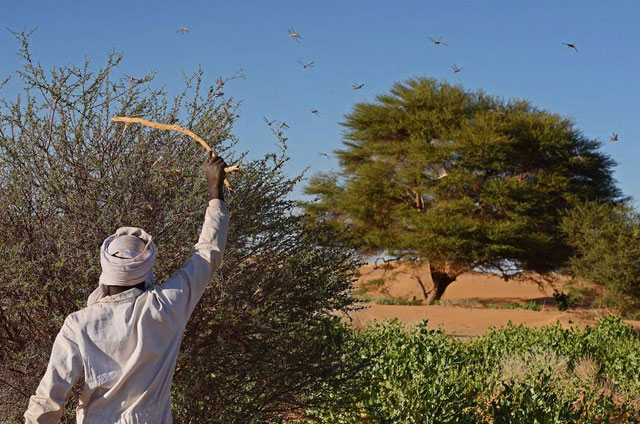 FAO’s toolbox showcases how a multidisciplinary approach can enable a timely response, including how the use of new communication technologies can help to prevent and control trans-boundary threats by facilitating information exchange. See some examples:

In Mali, Uganda and Tanzania, livestock farmers are using the EMA – i app to collect animal disease information from the field on their smartphones.

The data is sent in real-time to the Global Animal Disease Information System (EMPRES-i) at FAO, where it is shared at national, regional and global levels, facilitating analysis in a timely manner in order to provide a very rapid response to attack the disease at the very early stage of birth.

In Uganda, this surveillance system more than doubled the number of livestock disease reports given to the National Animal Disease Diagnostics and Epidemiology Center in recent years, giving farmers the early warning they need to better respond to disease outbreaks.

According to FAO, mobile tools have also been developed to monitor wheat rust –a fungal disease that destroys healthy wheat crops- enabling extension workers and research institutions to regularly exchange information on occurrences of the disease.

“Desert locusts, the most dangerous of migratory pests, often threaten food supplies in Africa and Asia -a swarm of 40 million locusts can eat the same amount of food as about 35,000 people. Thanks to the eLocust3 system, locust monitoring has been improved and is now used in the 19 countries most vulnerable to infestations.”

Every month the FAO Food Chain Crisis Management Framework makes available a new information sheet to support member countries and institutions in the global governance of trans-boundary threats to the food chain. And every quarter early warning bulletins on current threats are issued.

Good to know, but…. will governments and big agriculture and food chains react to this plague? And when?