Each year on February 13, World Radio Day, the UN brings attention to the humble wireless, which was invented back in 1895, more than 100 years before the World Wide Web was created in 1990. 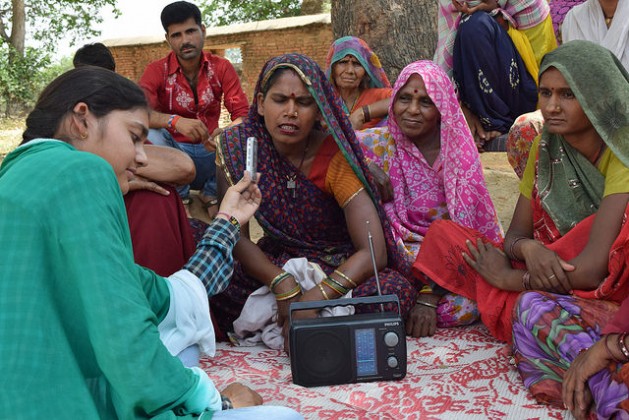 Radio Bundelkhand, based in the central Indian state of Madhya Pradesh, has about 250,000 listeners, of whom 99 percent are farmers. Credit: Stella Paul/IPS

UNITED NATIONS, Feb 13 2017 (IPS) - With less than half the world’s population online, radio continues to be world’s most widely accessible source of news and information.

For many of the 5 billion people who have access to a radio – it is also a form of social media – with talk radio giving people a chance to participate live on-air.

Martin Scott, Lecturer in Media and International Development at the University of East Anglia told IPS that this social aspect of radio is often over-looked.

“You can have ongoing live discussion on (the radio),” says Scott. “In a newspaper that’s far more difficult, it’s easier to be participatory on radio.”

Scott says that there are many advantages to having live discussions on the air. 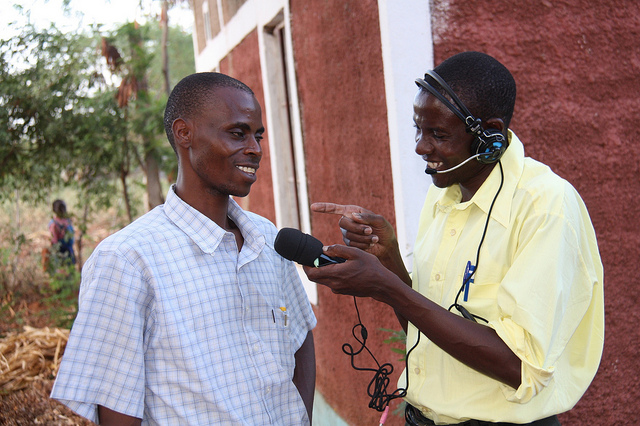 In recent years, the race to get as many people online as possible, has obscured the vital role that the radio continues to play for billions of people, particularly in developing countries.

In fact, some 75 percent of households in developing countries have access to a radio compared to just 40 percent, which have access to the internet, according to figures from the UN’s International Telecommunications Union and UNESCO.

As Scott points out radio’s are cheap and have no ongoing running costs, unlike the internet. But there’s more reason why radio is more widely accessible than the internet, especially for people who are disadvantaged. Radio can be broadcast in many different dialects, it is a source of information for the one billion people worldwide who are illiterate, as well as for people who are visually impaired. It can also reach people living in remote areas where even mobile internet is not yet available.

Meanwhile, as Scott points out, the world wide web does not necessarily signal the death of radio, as many people now listen to radio shows and podcasts online. 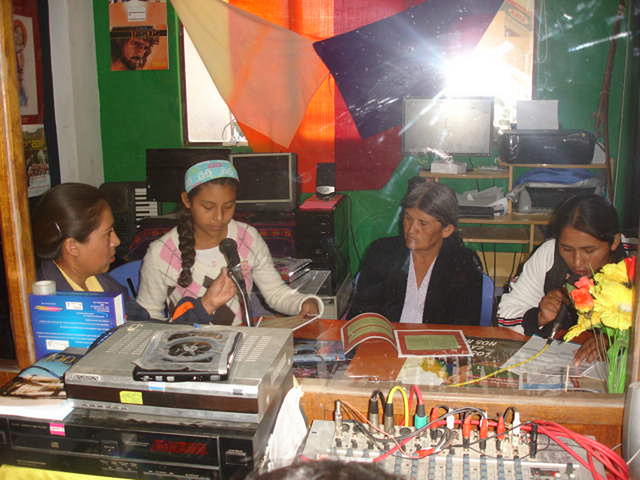 Using the Airwaves for Empowerment of Quechua Women in Bolivia. Credit: Jenny Cartagena/IPS

And while the internet has led to a significant expansion in who can publish and share news – Scott noted that it shouldn’t necessarily be presumed that the internet is more widely accessible than radio.

Not everybody has the time, literacy, mobile phones or electricity needed to be on Twitter he said, whereas a radio can simply be powered with batteries or even wound-up by hand.

However ensuring that both radio and the internet remain open to as many people as possible means that it is also important to pay attention to how these mediums are governed, says Scott.

“Facebook.org protests on the streets in India and Egypt rightly or wrongly illustrate that governance of new technologies is crucial,” said Scott, referring to protests over a plan to bring affordable internet to developing countries based on access to only a limited number of websites. The plan has been described as a “walled garden” and is considered to go against the principles of the founders of the world wide web, who wished for it to remain open.

Historically the number of radio channels has often been restricted by the frequencies and licenses available to go with them. However, while digital radio offers the opportunity to expand the number of radio stations, Scott also cautions that the transition from am/fm to digital should be carefully managed.

Radio NZ recently reported that thousands of people living in the Solomon Islands lost access to radio at the end of January when the Australian Broadcasting Corporation (ABC) switched off its AM signal, in favour of FM and online services.

Ruth Liloqula, told Radio NZ that after a recent earthquake some people living in remote parts of the Solomon Islands only knew that there was no tsunami because they heard it on ABC radio.