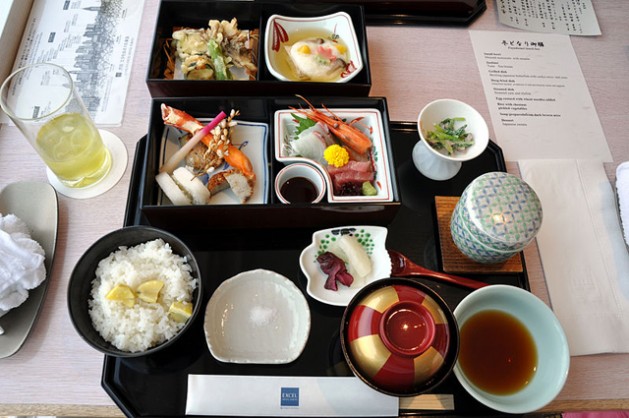 ROME, May 11 2017 (IPS) - The news is this: Japan is a global model for healthy diets and it currently has the lowest rate of obesity among developed countries–below four per cent. This is on the one hand. On the other, African eggplant gorongo is often used as toothbrush.

None of this is based on any personal, empirical experience—it all comes from the United Nations thought its leading food specialised agency.

See what the UN Food and Agriculture Organisation (FAO) says.

Japan has a very unique food culture that can greatly contribute to improvements in global nutrition, FAO director-general José Graziano da Silva on May 10 assured during his visit to the country, which has a healthy and “unique” food culture, one that includes many vegetables, fruits and fish.

To explain this better, he cited Washoku, a comprehensive set of skills, knowledge and traditions relating to the preparation and consumption of food, which has been designated as an Intangible Cultural Heritage by UNESCO.

Washoku is based on a “respect for nature” and is composed of fresh, seasonally available, low-fat ingredients, which together represent a well-balanced diet.

Graziano da Silva noted that Japan has a wealth of knowledge and experience to share with other countries– an interaction the organisation he leads is keen to promote as an activity related to the United Nations Decade on Nutrition. 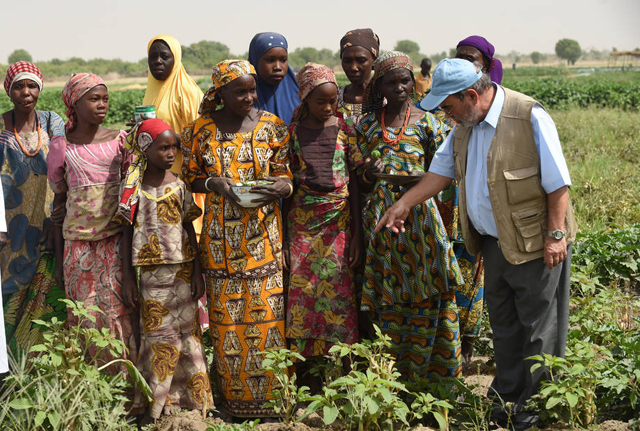 Graziano da Silva with a group of women who are participating in a vegetable-growing project in Borno State, north-eastern Nigeria. Credit: FAO

This Decade aims to address poor dietary habits, which have been closely linked to non-communicable diseases, including heart attacks strokes, cancers and diabetes– a leading cause of premature death, not only in high-income countries, but also increasingly in many parts of the developing world.

“These diets are typically not only unhealthy, but environmentally unsustainable.”

In this context, Japan exemplifies how effective public policies and legislation can promote adequate nutrition, especially through laws aimed at educating children and controlling adults’ weight, according to the FAO chief.

Such measures, are in line with commitments made by world leaders at the 2014 Second International Conference on Nutrition and the 2030 Agenda for Sustainable Development, to establish national policies aimed at eradicating malnutrition and transforming food systems to make nutritious diets available to all.

He praised Japan for supporting developing countries through the UN agency in the areas of food production and consumption as well as with regards to the agricultural sectors, including forestry, fisheries, livestock, land and water.

For example, in Afghanistan, Japan has contributed more than 100 million dollars to the organisation’s agricultural interventions, especially with efforts to rehabilitate the country’s irrigation infrastructure.

In Myanmar, funds from the Japanese government have helped deliver emergency and livelihood-rebuilding assistance – including high-quality seeds and fertilizers – to rural households affected by flooding and conflicts.

A Journalist and a Chef, Goodwill Ambassadors

The UN specialised agency chief announced the appointment of Hiroko Kuniya and Katsuhiro Nakamura as the first-ever FAO National Goodwill Ambassadors for Japan.

Kuniya became well known as a television news-anchor for the NHK Japan network, including on the acclaimed “Today’s Close-Up” programme, covering poverty, hunger and other social issues. More recently, she has worked as a journalist covering topics related to the Sustainable Development Goals.

Nakamura initially became famous as the first Japanese chef to receive a One-Star Restaurant recognition by Michelin in 1979 in Paris. He later returned to Japan and in 2008 was named head chef during the G8 Summit in Toyako, Hokkaido.

What about the Eggplant-Toothbrush Story?

Now that you know who are the best “eaters” on Earth—the Japanese, you will certainly like to also learn about why and how eggplants can be used as toothbrush. Here you are:

To start with, African eggplant lives up to its name: as it grows it bears white, oval-shaped fruits that look just like eggs before they ripen and turn green. 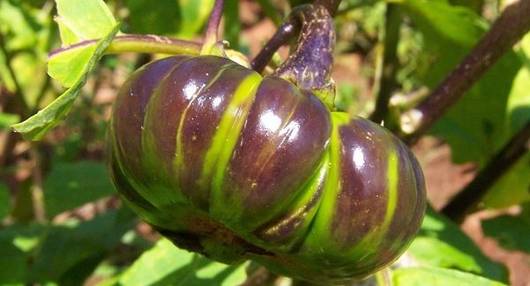 It is one of the vegetables grown by farmers displaced by Boko Haram violence in northern Nigeria who are participating in an FAO project to kick-start local food production. Here, this traditional vegetable is known as gorongo and it is an important social ingredient as well as a nutritious one.

The raw fruit of the gorongo is often chewed by women to clean their teeth. The fruit is also eaten as part of marriage and naming ceremonies.

There, he met a group of women working together in a field growing gorongo among other crops. The women are survivors of Boko Haram attacks on their villages, and are the sole providers for their families.

One of the women explained that using the gorongo to clean her teeth was a way to restore a sense of dignity and to bring healthy smiles to her and her friends.

Gorongo is a useful plant for small-scale farmers because it bears fruit continuously and can produce an abundant yield even from a small plot.

Women have been able to grow a surplus of vegetables that they can sell to earn cash to cover their needs beyond food such as health care and education for their children.

The African eggplant originates from Central Africa, and has spread to other countries, particularly in West Africa, the UN specialised body informs.

The fruit can be eaten raw, boiled, steamed, pickled, or in stews and the leaves are often used in soups. To make a stew, the eggplant is boiled then mashed, then added to a pan with oil, onion, cooked beans and chilli flakes.

Apart from oral hygiene, the plant is used in traditional medicine to treat throat infections by heating and then chewing the leaves. The juice of boiled roots is used to treat hookworm, while the crushed leaves are said to be useful for gastric complaints.

Now you know who eats better and what to do if run out of toothpaste.