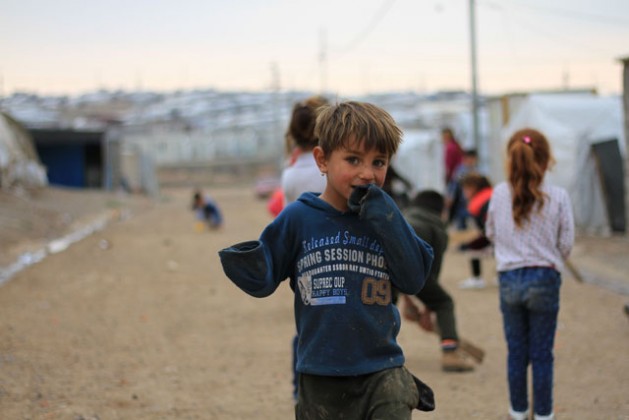 LONDON, Jun 7 2017 (IPS) - East of Mosul, many of the lands liberated from ISIS stand empty. Driving through the Nineveh plains, traditional homelands of Iraq’s minority communities of Yezidis, Christians, Shabak and Turkmen, you pass one ghost town after another, peopled only by members of the armed militias known in Iraq as the Hashd al-Shaabi, or ‘popular mobilization’.

Houses destroyed by ISIS vehicle bombs are juxtaposed with buildings flattened by international coalition air strikes. Inside the houses in many residential streets, there are holes smashed into the party walls to create the rat-runs used by insurgents to evade surveillance.

The battle to retake Mosul is already nearly eight months old and, as resistance on the city’s right bank has proved intense, civilian casualties have mounted rapidly. Yet many of the empty territories in Nineveh east of the city and in Sinjar to the west were first retaken months ago.

They join lands in Diyala, Kirkuk and Anbar where ISIS has been defeated but displaced people numbering in the millions have yet to return. To understand why is to appreciate the threats that now hang over the future of Iraq – threats that will not disappear when ISIS is defeated.

The Iraqi central government in Baghdad and the Kurdistan Regional Government in Erbil are broadly in agreement that IDPs can only return once security and services are restored. They have a point. There is extensive destruction to essential infrastructure. When thousands of civilians first returned to Ramadi after it was retaken, there were dozens of reported serious casualties from booby-traps and other IEDs and explosive remnants of war.

But many displaced minority communities now believe that their return is being delayed for other reasons. Christians, Yezidis, Shabak and Turkmen all cite cases where IDPs and supplies have been stopped at checkpoints, as detailed in a new report published by four international NGOs, Minority Rights Group International, the International Institute for Law and Human Rights, the Unrepresented Nations and Peoples Organization, and No Peace Without Justice. The fear is that land-grabbing is already underway. 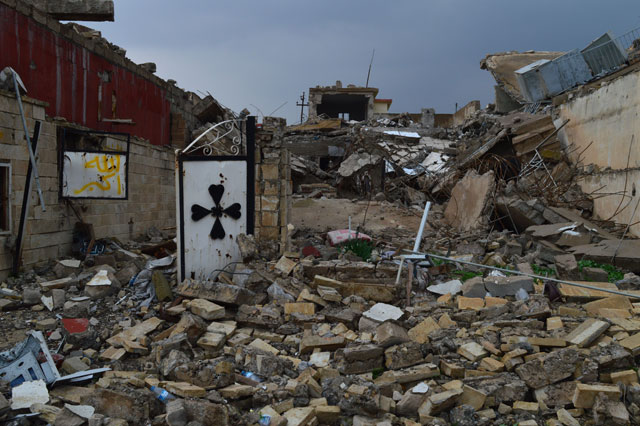 A conservative estimate puts the number of armed militias controlling territory in liberated Nineveh at over 15, including ethnic militias drawn from members of local communities. On the ground, militia checkpoints have proliferated and you frequently have to pass through two or even three in a row. They play the game of who can fly their flag the highest. At the moment the relationship is one of mutual acceptance, but it is unclear how long that will last. Some are affiliated with the Iraqi Security Forces, others with the Kurdish authorities. Some take their orders from further afield.

Just as Grand Ayatollah al-Sistani called on Iraqi volunteers to mobilize in the fight against ISIS in June 2014, so many hope he will issue the fatwa to demobilize once ISIS is defeated. The practical challenges of Disarmament, Demobilization and Reintegration have hardly begun to be discussed in Iraq. Ensuring that members of local communities, including minorities, are properly integrated into the security forces is essential for their communities to feel safe.

But many of the most powerful militias supported by Iran, which for example control much of Diyala and key locations in Tel Afar, have already made clear that they have no intention of demobilizing. And as long as Turkey fears an Iranian corridor from Baghdad to Syria, its own attempts at securing a base in Nineveh will intensify. With those forces at play, the resurgence, post-ISIS, of Sunni Arab opposition under another name is perhaps inevitable.

In the face of this sectarian fragmentation members of minorities remain passionate about the future of their lands and many fiercely patriotic to the state of Iraq. Interviewing minority Shi’a IDPs in Kerbala last year, their gratitude at the religious authorities for giving them a temporary shelter was quickly followed by expressions of hope for their return to their homes in Tel Afar and the Nineveh plains. Assyrian and Chaldean Christians emphasize their millennia-long attachment to the land. Even Yezidi IDPs, who were subject to egregious crimes at the hands of ISIS and, in many cases, betrayal by their former neighbours, have begun to talk about the prospects of return.

But their hopes of return depend on security, and that must ultimately depend on a political agreement between the different forces now vying for control of their land. For years, the UN has tried to promote agreement between Baghdad and Erbil over ‘disputed territories’ in Nineveh and Kirkuk. With de facto boundaries being redrawn and new parties added to the conflict, the task just got a lot harder.

The battle against ISIS has created in Iraq a rare moment of unity. Sunni tribal forces and Shi’a militias, Iran and Turkey, the US and the other members of the international coalition, the Government of Iraq and the Kurdistan Regional Government are all cooperating in the face of a common enemy. As Gyorgy Busztin, deputy head of the UN mission, emphasized to me in Baghdad in March, that presents a window of opportunity, for Iraq’s people and for the international community.

But as control over retaken territory continues to fragment, and the militias become entrenched, the window is closing fast. By the time Mosul is finally declared liberated, it may already be too late.