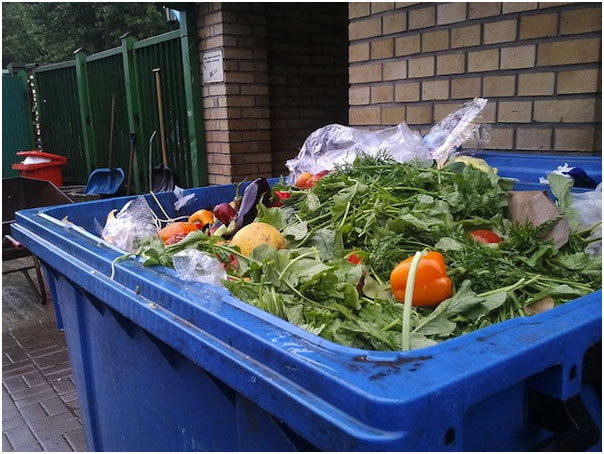 ABU DHABI, Jun 9 2017 (IPS) - The United Arab Emirates (UAE) is working on taking strides forward on climate change mitigation that are reflected by the establishment of the federal ministry of climate change, it’s commitment to develop a national climate change plan, and its ratification to the Paris Agreement in 2015, which pledged not to just keep warming ‘well below 2C’, but also to ‘pursue efforts’ to limit warming to 1.5C by 2018.

Several researches including one carried out by Daniel Mitchell and others at Oxford University states the difference between 1.5 degrees and 2 degrees will be marginal in annual average temperatures but would have a significant impact on reducing the probability of destructive weather events like floods, droughts, and heat waves.

Even without the additional threat posed by climate change, the price spikes of the global food crisis of 2008 exposed interlinked vulnerabilities associated with agricultural productivity and international food trade markets.

Those researches show that with an increase of greater than 1.5 in global temperatures, current challenges of soil destruction, inadequate water supply, and stagnant mono-cultured crop yields will be further exacerbated and are likely to lead to reduced crop productivity in food-exporting countries and increase food insecurity around the world.

The UAE has one of the highest rates of food waste in the world with an estimated 3.27 million tons of food, worth almost $4 billion, going into landfills every year, says a new report by the Emirates Environmental Group.

Food loss and waste accounts for about 4.4 giga-tonnes of GHG emissions per year, making it the world’s third largest emitter – surpassed only by China and the United States- according to figures recently released by the Food and Agriculture Organization of the United Nations (FAO).

The UAE is a country that is heavily dependent on food imports – 87 per cent of the UAE’s food supply is imported and dependent on international trade flow, according to a report released earlier this year.

The report, “UAE Climate Change: Risks and Resilience”, released in March by the Emirates Wildlife Society and World Wildlife Fund, shows that under the adverse impacts of climate change, recurrent retail food prices in the UAE will spike and/or result in the need for substantial food subsidies in the long term.

“Households throughout the seven emirates that have annual incomes at the lower end of the national range could find themselves in a position where they would be subject to spending a growing share of limited household budgets for food,” states the report.

As part of its climate change plan, the government is now encouraging efforts, both at macro and micro levels, to tackle the issue of food waste – with aims set to recycle food by 75 per cent in the next four years.

Food security occurred as the third most resonant topic at the 2017 World Government Summit held earlier this year in Dubai, where thousands of government leaders and international policy experts gathered to discuss global policies to harness innovation and technology.

Experts at the summit pointed out that governments alone are not up to the task of preventing global food shortages and combating climate change and that policy makers, the private sector, and individuals, each within their scope, must come together to work on combatting food waste.

“We need to work together to find creative ways to address food waste through the implementation of innovative technology, through awareness, and through changes in individual behaviors,” said Dr Thani Ahmed Al Zeyoudi, the UAE minister of climate change and the environment, at the summit.

One such initiative, the recently launched UAE Food Bank, has started facilitating the redistribution of excess food from hotels to low income households, via hubs housed in repurposed containers in partnership with local charities.

On average, the global hospitality industry wastes at least a quarter of all of the food they purchase, according to the UK based Waste and Resources Action Program (WRAP).

Over 30 hotels in the UAE have now incorporated a program that Winnow Solutions, an analytical tool that helps chefs reduce food waste by measuring how much leftover food is being thrown out daily and then analyzing the data to provide information on wastage patterns that can then help reduce waste.

One of the first hotels to have adapted to the technology, Pullman Dubai Creek City Centre Hotel & Residences, reportedly reduced its food waste by almost 70 per cent in a few months, leading to annual savings of $20,000.

Hina Kamal, a food research analyst at Al Ain University, believes that the reduction in the knowledge gap on the issue amongst consumers will create a major stride in combatting the issue and lessening unnecessary strains on, both, their wallets and the environment.

“Did you know, for example, that you don’t have to store eggs in the fridge in the UAE climate? Or that stacking vegetables one on top of another results in fungus faster? People don’t normally know these things and this needs to change,” said Kamal.

Many environmental activists and bloggers are now working on campaign, #zerowasteuae, to share their personal experiences of working on achieving a zero-waste lifestyle, as well as to build awareness and encourage others to follow suit.