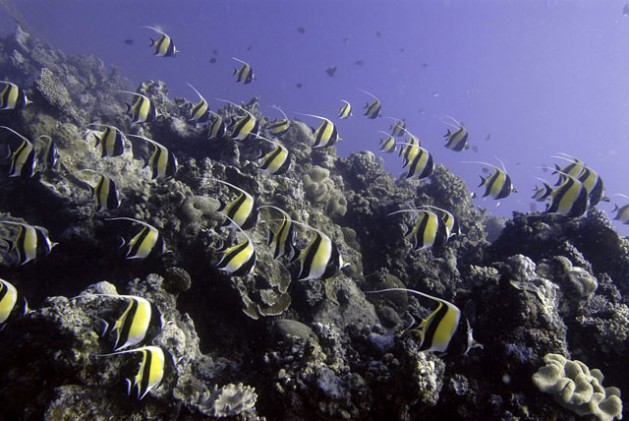 ROME, Jun 9 2017 (IPS) - World’s oceans are dangerously exposed to at least three major threats: climate change; the sharp degradation of marine biodiversity, and politicians. These simply encourage the destruction of oceans by subsidising over-fishing and turning a blind eye on illegal captures. See what happens.

While it is feared that at current trends there will be more plastic than fish in the ocean by 2050 –with over 5 trillion pieces of plastic weighing more than 260,000 tonnes currently floating in world’s oceans– harmful fishing subsidies that contribute to overfishing are estimated to be as high as 35 billion dollars, according to United Nations.

“If you consider that the total export of fish and seafood products is 146 billion dollars, we are talking about that of each 5 dollars in fish products, 1 dollar is subsidized,” David Vivas of the UN Conference on Trade and Development (UNCTAD) warned ahead of the United Nations Ocean Conference held on June 5-9.

A Race to the Bottom

So it’s not a small amount. People are paying very expensively for a fish, continued Vivas, adding that people pay it by the dish and with their taxes.

“Almost a third of all marine fish stocks being exploited at biologically unsustainable levels, a threefold increase in 40 years.” Graziano da Silva.

This financial motivation creates “a race to the bottom” as fleets compete against each other to harvest increasing amounts of fish –at a time when seafood is already a scarce resource, said the expert, while explaining that subsidies “create incentives to deplete resources faster than if there weren’t the subsidies.”

The facts are just shocking: the international community is harvesting fish at unsustainable biological levels, according to UNCTAD.

“The Mediterranean Sea is about 70 per cent exploited; the Black Sea 90 per cent.”

Roughly 56 per cent of all fish products come from wild harvest, with the remaining amount farmed, according to figures cited by the UN.

“The demand remains quite strong, mainly from the head Asian region. Hence countries are not only going to New York to consider, issuing a political signal,” said UNCTAD’s Lucas Assunçao in reference to The Ocean Conference, “they are very concerned about this considerable market.”

In addition to fishery subsidies, the UN trade agency has been focusing in illegal, unreported and unregulated (IUU) fishing and access to markets.

“Not all countries participate equally,” Assunçao said of the nearly 150 billion dollars market for fish and marine products. “[The oceans are] a global common good that is not benefitting all countries that have coasts in equitable ways.” 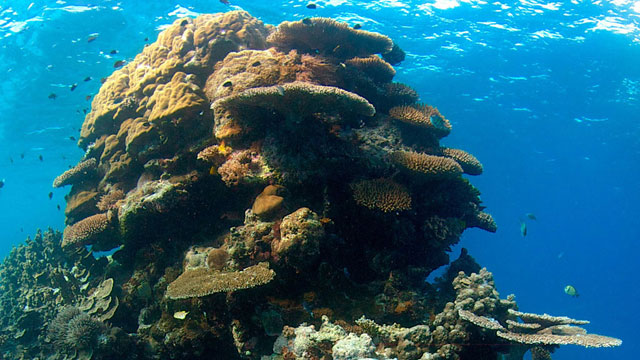 Here, the UN Food and Agriculture Organization (FAO) informs that annually, the worth of fish caught by illegal, unreported and unregulated (IUU) fishing methods is estimated at 10 – 23 billion dollars.

This, as well as the governments subsidies that encourage over-fishing while not making enough efforts to prevent illegal fishing, explain the fact that currently fishing vessels around the world have reached 4.6 million.

Oceans offer both challenges and solutions to the world’s Sustainable Development Agenda, and managing them more carefully is essential for global food security today and tomorrow as well as the livelihoods of hundreds of millions of people, FAO director-general José Graziano da Silva said at the Oceans Conference.

More than three billion people rely on fish for critical animal protein, while 300 million people depend on marine fisheries, the vast majority being linked to small-scale fisheries that are the backbone of marine and coastal social and ecosystems in many developing countries, he on June 8 added.

“Unsustainability poses many risks and a heavy price,” said Graziano da Silva. “Today many fisheries around the world are characterised by excessive fishing effort, low productivity and inadequate profitability.”

That exacerbates pressures that have led to almost a third of all marine fish stocks being exploited at biologically unsustainable levels, a threefold increase in 40 years, he said. Annual fishery production would increase by around 20 per cent –worth an extra 32 billion dollars each year– if partners collaborate to rebuild overfished stocks, he added.

FAO is playing a leading role in pursuing a core target of Sustainable Development Goal 14, which calls for ending the scourge of Illegal, Unreported and Unregulated fishing by 2020.

The IUU fishing accounts for up to 26 million tonnes of fish a year, one-sixth of all the fish caught at sea and worth 23 billion dollars. It also directly undermines efforts to make sure marine resources are sustainably used.

How to Crack Down on Illegal Fishing

International efforts to crack down on IUU fishing made a major step forward in 2016, when the Agreement on Port State Measures (PSMA) entered into legal force. The international treaty brokered by FAO now has nearly 50 parties, including the European Union, Indonesia, the United States of America and – soon – Japan as well as many Small Island Developing States. 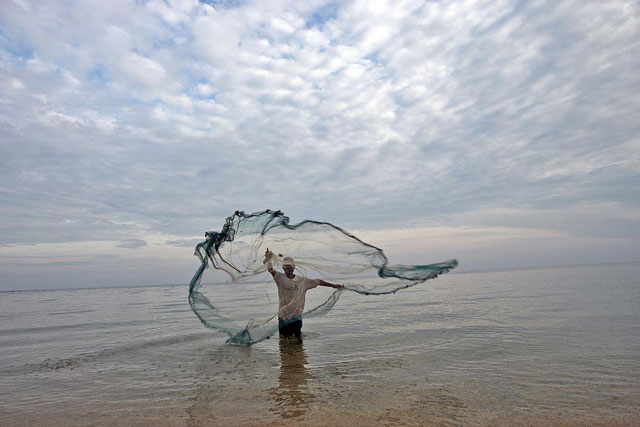 The PSMA gives new powers to port officials to verify that any visiting ship is abiding by all relevant fishing rules – including having the proper permits, respecting quotas and avoiding at-risk species.

The treaty also requires parties to support effective implementation by making sure all parties have the technical capacity to fulfil their obligations. FAO has already devoted more than 1.5 million dollars to this effort, which Graziano da Silva described as “seed money” while awaiting voluntary contributions from donors.

“IUU fishing activities are a threat to marine life and impede the development and prosperity of vulnerable countries and must be completely stopped,” for his part said Sven Erik Bucht, the Swedish Minister for Rural Affairs, who announced officially Sweden’s contribution of 5.4 million dollars to FAO to combat IUU fishing. Alongside with Fiji, Sweden has promoted and co-chaired the Oceans Conference.

The funding will also help support this UN specialised body’s on-going work on what to do about discarded fishing gear –which constitutes both ocean rubbish as well as killing fish– and on the Global Record on Fishing Vessels, a platform aimed at providing essential and transparent information to those in charge of fisheries management.

The UN specialised agency is also leading work on Catch Documentation Schemes that enables fish to be tracked from source to shop – something consumers increasingly want. And, through its Blue Growth Initiative, the agency is also strongly focused on promoting sustainable development among coastal fishing communities in general.

What Is Overfishing Is All About?

Overfishing occurs when more fish are caught than the population can replace through natural reproduction, according to World Wildlife Fund (WWF) , one of the world’s leading conservation organisation.

“Gathering as many fish as possible may seem like a profitable practice, but overfishing has serious consequences. The results not only affect the balance of life in the oceans, but also the social and economic well-being of the coastal communities who depend on fish for their way of life.”

Billions of people rely on fish for protein, and fishing is the principal livelihood for millions of people around the world, WWF adds. “For centuries, our seas and oceans have been considered a limitless bounty of food. However, increasing fishing efforts over the last 50 years as well as unsustainable fishing practices are pushing many fish stocks to the point of collapse.

According to WWF, more than 85 per cent of the world’s fisheries have been pushed to or beyond their biological limits and are in need of strict management plans to restore them.”

Meanwhile, UN concerned agencies –FAO; UNCTAD and the UN Environment Programme (UNEP)– have announced their commitment to cutting harmful fishing subsidies. The issue is “complicated and thorny,” they said. The commitment likely involves requesting countries to provide information on what subsidies they provide and prohibiting those that contribute to overfishing, as well as potentially giving differential treatment to developing countries.