Did You Know that the Oceans Have It All? 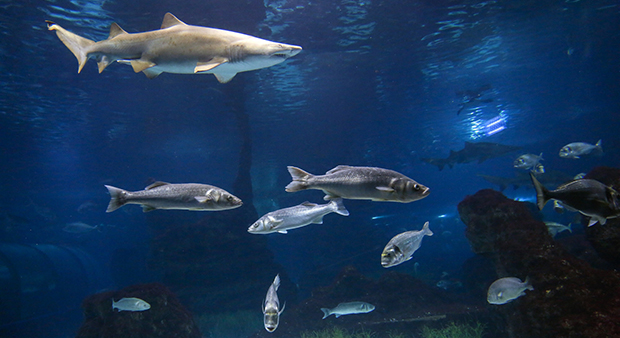 Healthy oceans have a central role to play in solving one of the biggest problems of the 21st century – how to feed 9 billion people by 20550. Credit: FAO

ROME, Apr 13 2017 (IPS) - Perhaps you are not aware enough of the fact the oceans have it all! What is “all”? Well, oceans have from microscopic life to the largest animal that has ever lived on Earth, from the colourless to the shimmering, from the frozen to the boiling and from the sunlit to the mysterious dark of the deepest parts of the planet. Who says that?

It is the United Nations, which by the way reminds that oceans are an essential component of the Earth’s ecosystem –a source of biodiversity, food, and life. Just think that over 40 per cent of the world’s population lives within 100 kilometres of the coast.

Thus, a better management of the ocean resources is “crucial to ensuring global food security, says the UN leading organisation in the key field of food and agriculture.

No Oceans, No Life!

Simply “without them, life could not exist,” assures the Food and Agriculture Organization of the United Nations (FAO).

Although the list is almost endless, the specialised agency reminds of seven facts, just to start off with:

1. Fisheries and aquaculture currently employ directly 56 million people. And many more are employed in follow-up activities, such as handling, processing and distribution. Altogether, fishing and fish farming support the livelihoods and families of some 660 to 880 million people, that’s 12 per cent of the world’s population.

“Without oceans, life could not exist”

3. Oceans provide vital renewable energy. Devices are being developed to generate electricity from waves and tides, as well as offshore wind farms.

4. Oceans regulate our climate. Did you know that the oceans absorb a quarter of all the carbon dioxide that humans put into the atmosphere? This makes them a ‘carbon sink’, but its ability to absorb even more carbon is limited.

Over 90 per cent of the additional heat caused by global warming is stored in the Oceans. Without this service, and the heating and cooling effects of ocean currents, world temperatures would be too unstable to support life.

5. Oceans affect our weather. As they are heated by the sun’s rays, water from its surface evaporates and then condenses to form clouds as part of the water cycle. This is how we get our rain and therefore our drinking water. It also contributes to wind, thunderstorms and hurricanes, and helps produce the monsoon rains that millions of people in South Asia rely on.

6. Scientists have discovered that many marine invertebrates produce antibiotic, anti-cancer and anti-inflammatory substances. Horseshoe crabs, seaweeds and marine bacteria have also been found to have useful medical properties.

7. Oceans influence our health and well-being. Water is known to calm and reduce anxiety in people and being near blue spaces, such as the ocean, is thought to have positive effects on our mental health.

Unfortunately, different human activities are putting our oceans under threat, FAO regrets, while adding some more facts, such as that overfishing is reducing fish populations, threatening the supply of nutritious food and changing marine food webs. 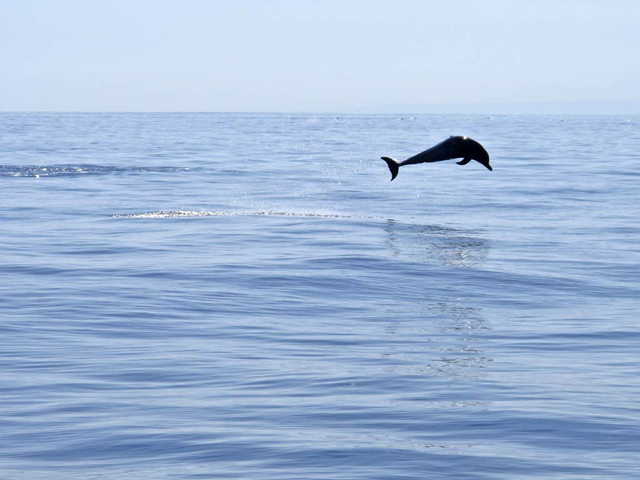 Overfishing or How to Deplete the Oceans

In fact, the FAO estimates that, globally, some 91-93 million tonnes of fish are captured each year, and seafood products are among the world’s most widely traded food commodities, with an export value of 142 billion dollars in 2016.

On top of that, illegal, unreported and unregulated fishing is estimated to strip as much as 26 million additional tonnes of fish from the oceans annually, damaging marine ecosystems and sabotaging efforts to sustainably manage fisheries.

Also that around 80 per cent of the pollution in the oceans comes from land, and coastal zones are especially vulnerable to pollutants, FAO informs.

Add to the above, climate change and its related impacts, such as ocean acidification, are affecting the survival of some marine species.

And the fact that coastal development is destroying and degrading important coastal marine ecosystems such as coral reef, sea grass meadows and mangroves.

The issue is so essential–and urgent that world leaders, scientists, experts, and civil society organisations, are now getting ready to participate in The Ocean Conference, which will run from 5 to 9 June. 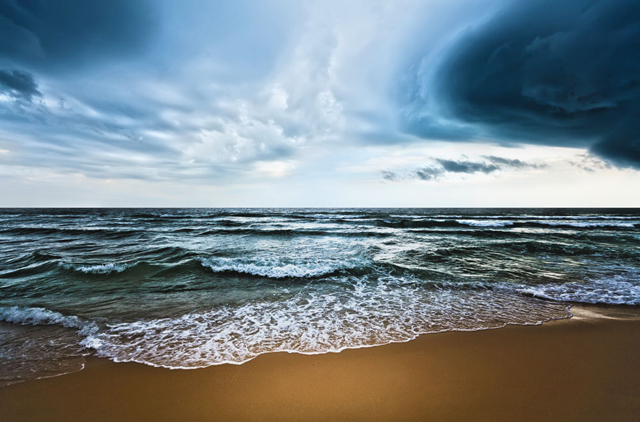 By absorbing much of the added heat trapped by atmospheric greenhouse gases, the oceans are delaying some of the impacts of climate change. Photo: WMO/Olga Khoroshunova

As a way to heat up for that major event, the UN on April 11 announced that an inaugural World Ocean Festival will kick off the week-long event, with activists and enthusiasts taking to the streets – and waterways – of New York City to raise their voices to reverse the declining health of our oceans.

Penny Abeywardena, the Commissioner of the (New York City) Mayor’s Office for International Affairs, joined Peter Thompson, President of the UN General Assembly, to announce the first-ever Festival which will be held on 4 June, the day before the opening of The Ocean Conference, which will run from 5 to 9 June.

Sweden has been a major supporter of acting to save the oceans, commented through its deputy prime minister and climate minister of Sweden, Isabella Lövin, that the Ocean Conference could be a “chance of a lifetime” to save the oceans under enormous stress.

Most likely reflecting the general feeling of most scientists, environmentalists and civil society organisations, Lövin said “We don’t need to invent or negotiate something new, we just need to have action to implement what we already agreed upon.”

The facts are there, so is the solution. Will world’s political leaders listen… and act?