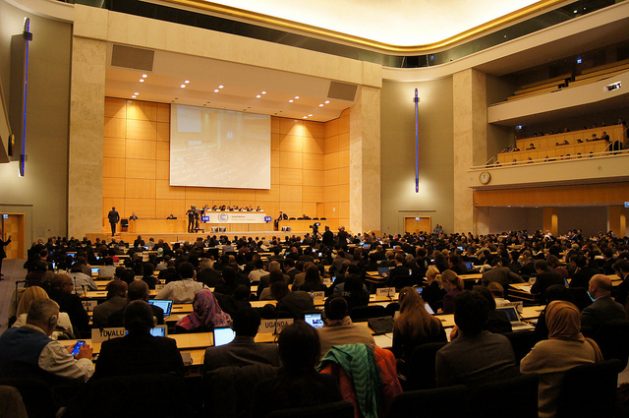 International solidarity is necessary for reinvigorating and rebuilding the global economy as well as inclusive and equitable development. Credit: Jenny Lopez-Zapata/IPS

KUALA LUMPUR, Aug 3 2017 (IPS) - The United Nations recently released the 70th anniversary issue of its flagship publication, the World Economic and Social Survey (WESS). First published in January 1948 as the World Economic Report, it is the oldest continuous publication analyzing international economic and social challenges. The 2017 issue reviews 70 years of WESS policy recommendations, many of which remain relevant today to address global challenges and to achieve the 2030 Agenda or Sustainable Development Goals.

Created in 1945 to ensure world peace, the United Nations charter recognized that economic and social progress for all is fundamental for ensuring sustainable peace. The UN has thus been monitoring socio-economic developments globally since the 1940s. Its analyses have long highlighted the interdependence of the global economy, and advocated international policy coherence and coordination for sustainable, inclusive and balanced socio-economic progress.

The UN has also pioneered innovative multilateral institution building to fill lacunae. In the 1960s, WESS provided the analytical rationale for establishing the United Nations Conference on Trade and Development (UNCTAD) and the United Nations Industrial Development Organization (UNIDO) to support developing countries seeking to equitably benefit from international trade and investment, and to industrialize.

The 2017 review of issues WESS has underscored the importance of its analyses. The 1951-52 issue identified three major challenges: “maintenance of economic stability, those concerned with persistent disequilibrium in international payments, and those arising from the relatively slow advance of the under-developed countries”. Needless to say, these challenges remain relevant today.

The 1956 issue warned against monetarism and monetary policy solutions, arguing that “a single economic policy seems no more likely to overcome all sources of imbalance … than is a single medicine likely to cure all diseases”. Along these lines, the 1959 issue acknowledged the “evils of large-scale inflation”, but argued that “economic stagnation or large-scale unemployment is not an acceptable cost to pay for price stability or equilibrium in the balance of payments”.

The 1965 issue warned that tying aid would reduce aid effectiveness, external debt burdens were rising rapidly, and capital would flow from developing to developed countries.

The 1971 issue warned of the “unsettling effects of massive movements of short-term capital” and argued for an “international code of conduct and mechanism for surveillance” to curb their disruptive effects. It also warned that IMF governance arrangements dangerously limited developing country voice, and called for Special Drawing Rights to be used to provide development finance.

In the 1970s and 1980s, WESS repeatedly warned that putting the burden of adjustment on deficit countries alone would not only stifle their growth, but also exert deflationary pressure on the world economy. The UN urged provision of additional finance by surplus countries and international financial institutions on less stringent terms and conditions to support robust recoveries and prevent widespread welfare losses.

The 1982 issue warned against the reluctance to undertake expansionary policies at a time of a global crisis for fear of undermining investor confidence: “without more vigorous expansionary policies, recovery will lack strength, levels of demand will not be sufficient to bring present productive capacity into full use, and the incentive to undertake new investment will remain weak”.

WESS’s rich legacy reminds us of the continuing relevance of multilateral institutions, especially in facing major challenges. The global economy needs strong institutions and coordinated international actions, with adequate voice and participation by developing countries. This is particularly true for ensuring international monetary stability and trade dynamism, which remain crucial for global development.

It also underscores that international solidarity is necessary for reinvigorating and rebuilding the global economy as well as inclusive and equitable development. Sustainable development is necessarily multidimensional and often context-specific; requiring strengthened state capacities and capabilities, strategic development planning and appropriate adaptation to local conditions.