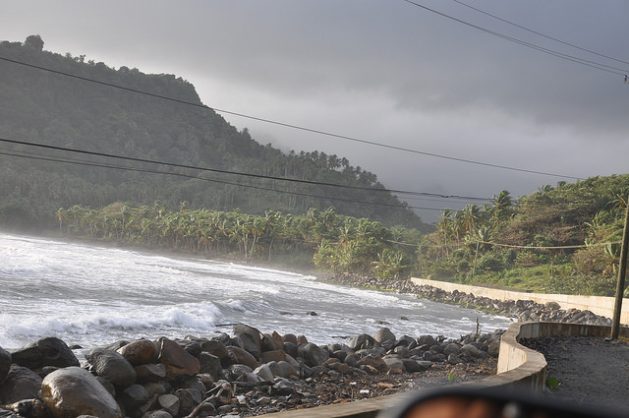 SYDNEY and KUALA LUMPUR, Sep 12 2017 (IPS) - Funding developing countries’ climate change mitigation and adaption efforts was never going to be easy. But it has become more uncertain with President Trump’s decision to leave the Paris Accord. As a candidate, he threatened not to fulfil the modest US pledge of US$3 billion towards the 2020 target of US$100 billion yearly for the Green Climate Fund (GCF).

The GCF was formally established in December 2011 “to make a significant and ambitious contribution to the global efforts towards attaining the goals set by the international community to combat climate change”. In the 2009 Copenhagen Accord, developed economies had promised to mobilize US$100 billion yearly for climate finance by 2020.

However, only a small fraction has been pledged, let alone disbursed so far. As of July 2017, only US$10.1 billion has come from 43 governments, including 9 developing countries, mostly for start-up costs. Before Trump was elected, the US had contributed US$1 billion. Now that the US has announced its withdrawal from the 2015 climate treaty, the remaining US$2 billion will not be forthcoming.

Moreover, the US$100 billion goal is vague. For example, disputes continue over whether it refers to public funds, or whether leveraged private finance will also count. The OECD projected in 2016 that pledges worldwide would add up to US$67 billion yearly by 2020. But such estimates have been inflated by counting commercial loans to buy green technology from developed countries.

Cooperation needed
Even if all the pledged finance is raised, it would still be inadequate to finance a rapid transition to renewable energy globally, forest conservation as well as atmospheric greenhouse gas sequestration. The Hamburg-based World Future Council (WFC) estimates that globally, annual investment of US$2 trillion is needed to retain a chance of keeping temperature rise below 1.5°C.

Obviously, the task is daunting, especially for developing countries more vulnerable to climate change. Therefore, in adopting the Marrakech Vision at the 2016 22nd Conference of Parties (COP22) to meet 100% domestic renewable energy production as rapidly as possible, 48 members of the Climate Vulnerable Forum advocated an “international cooperative system” for “attaining a significant increase in climate investment in […] public and private climate finance from wide ranging sources, including international, regional and domestic mobilization.”

Hence, two options, proposed by the UN and the WFC respectively, are worth serious consideration. The UN proposal involves using Special Drawing Rights (SDRs) of the International Monetary Fund (IMF) for a particular kind of development finance, namely climate finance. It involves floating bonds backed by SDRs, not directly spending SDRs. Thus, for example, the GCF would issue US$1 trillion in bonds, backed by US$100 billion in SDR equity.

QE for climate change mitigation
The WFC has proposed that central banks of developed countries continue ‘quantitative easing’ (QE), but not to buy existing financial assets. Instead, they should invest in ‘Green Climate Bonds’ (GCBs) issued by multilateral development banks, the GCF or some other designated climate finance institution to fund renewable energy projects in developing countries.

This should have some other potential benefits. First, it will not destabilize the financial system of emerging economies, whereas QE has fuelled speculation and asset price bubbles. Second, it is less likely to increase inflation as it will be used for productive investments. Third, for the above reasons, it should not exacerbate inequality.

Fourth, it will also help industrial countries as developing countries receiving climate finance will be importing technology and related services from developed economies. Fifth, GCBs can become near permanent assets of central banks due to their very long duration. Sixth, supporting sustainable development in climate vulnerable developing countries will ensure more balanced global development, which is also in the interest of industrialized countries themselves.