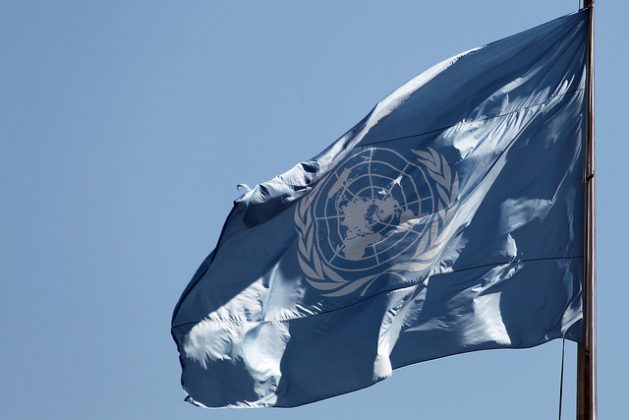 The United Nations and others have revived the idea of the International Monetary Fund (IMF) issuing Special Drawing Rights (SDRs) to finance development. Credit: Sriyantha Walpola/IPS

SYDNEY and KUALA LUMPUR , Sep 5 2017 (IPS) - The Business and Sustainable Development Commission has estimated that achievement of Agenda 2030 for the Sustainable Development Goals will require US$2-3 trillion of additional investments annually compared to current world income of around US$115 trillion. This is a conservative estimate; annual investments of up to US$2 trillion yearly will be needed to have a chance of keeping temperature rise below 1.5°C.

The greatest challenge, especially for developing countries, is to mobilize needed investments which may not be profitable. The United Nations and others have revived the idea of the International Monetary Fund (IMF) issuing Special Drawing Rights (SDRs) to finance development.

IMF quotas
SDRs were created by the IMF in 1969 to supplement member countries’ official reserves (e.g., gold and US dollars). They were designed to meet long-term international liquidity needs, rather than as a short-term remedy for payments imbalances. The SDR is not a currency, but a potential claim on freely usable currencies (e.g., USD) of IMF members.

Currently, SDRs are allocated among members according to their IMF quotas. IMF quotas determine a member’s maximum financial commitment, voting power and upper limit to financing. Determination of quotas has been influenced by the convertibility of currencies, as it provides the Fund with ‘drawable’ resources. Moreover, the current quota formula is highly influenced by countries’ GDPs and trade.

Despite some reforms over the decades, IMF quotas are biased in favour of rich countries. Thus, arguably, SDR distribution based on IMF quotas is not neutral. Allocating more rights to provide poor countries with development finance would help redress this bias.

Concessional finance
The UN has long argued for creating new reserve assets (i.e., SDRs) to augment development finance instead of current provisions for distribution according to IMF quotas.

Creating new SDRs for development finance has its origins in Keynes’ 1944 proposal for an international clearing union (ICU). The ICU was to be empowered to issue an international currency, tentatively named ‘bancor’. The ICU would also finance several international organizations pursuing desirable objectives such as post-war relief and reconstruction, preserving peace and maintaining international order, as well as managing commodities.

From the late 1950s, Robert Triffin and others urged empowering the IMF to issue special reserve assets to supplement development finance. In 1965, the United Nations Conference on Trade and Development (UNCTAD) endorsed a plan similar to Triffin’s.

According to this plan, the IMF would issue units to all member countries against freely usable currencies deposited by members. The IMF would invest some of these currency deposits in World Bank or International Bank for Reconstruction and Development (IBRD) bonds. The IBRD would then transfer some of these to the International Development Association (IDA) for long-term low-interest loans to the poorest countries.

Objections
However, the proposal was blocked by the Group of Ten developed countries. They argued that the proposal, for permanent transfers of real resources from developed to developing countries, would contradict the original intent of costless reserve creation. Additionally, the G10 argued, direct spending of SDRs would be inflationary.

The creation of SDRs is not an end in itself, but a means to raise living standards. Thus far, the SDR facility has been used to try to ensure more orderly and higher growth in international liquidity, e.g., following the 2008-2009 global financial crisis, when a new allocation of SDR 182.7 billion was approved.

Also, by substituting for gold, which requires real resources to be mined, refined, transported and guarded, with costs of production and administration near zero, SDRs generate social savings, which can be used for internationally agreed objectives.

Jan Tinbergen argued that as the creation of new money always implies that the first recipient gets money without having produced something, this privilege should be given to the poor countries of the world, instead of the rich. But changing the SDR allocation formula requires amending the IMF Articles of Agreement, which requires approval of all powerful developed countries, which seems most unlikely in these times.

Opposition to the proposal should be reduced by only leveraging ‘idle’ SDRs held by reserve-rich countries to purchase such bonds. This would be comparable to countries investing foreign currency reserves through sovereign wealth funds, where the liquidity and risk characteristics of specific assets in the fund determine whether they qualify as reserve holdings. Thus, careful design for leveraging SDRs, while maintaining their reserve function, can mitigate objections.

The proposal is also in line with current donor preference for blended finance, using aid to leverage private investment. Hence, this more modest and less ambitious proposal should face less political resistance from developed countries as it delinks the SDR distribution formula from the debate over amending IMF quotas.