Why American Overseas Aid Should Focus on SDGs?

PRAGUE, CZECH REPUBLIC, Oct 4 2017 (IPS) - The average American believes the US spends a whopping third of its federal budget on foreign aid. Consequently, a majority of people think that too much is spent on foreign aid. That is one reason US President Donald J. Trump, who has campaigned on putting the needs of Americans first, has proposed deep cuts to foreign aid in his 2018 budget. 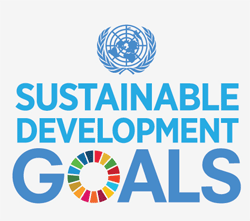 The problem is, this common understanding is very wrong. US foreign aid in 2017 will cost $41.9 billion out of a total federal budget of $4.15 trillion or one percent. When informed of this, support for cutting aid halves, while support for increasing the budget more than doubles. The aid budget should be maintained. And the far more important question should instead be addressed: how do we get the most possible out of this spending?

We can look to recent history for reassuring evidence that US aid spending can achieve a great deal. A recent Brookings study revealed that the Millennium Development Goals (MDGs) – the development agenda set by the US and others for the first fifteen years of this century – were more successful than anybody knew.

The study concludes, “especially on matters of life and death, 2015 outcomes were not on track to happen anyhow”. The MDGs ensured that more money went to the most important areas. Improvements sped up. At least 21 million more people are alive today as a result.

This tells us that the simple MDG approach worked; the U.S. and other, smaller donors helped save a number of lives equivalent to the entire population of Florida. We know more today than ever before about how to create meaningful change with each dollar spent. More transparency should be encouraged to reassure taxpayers about how money is spent.

When the MDGs were being replaced in 2015 with a new development agenda called the Sustainable Development Goals (SDGs), my think-tank Copenhagen Consensus commissioned economists from around the world to analyze development priorities as they were proposed. The results are a body of work revealing what one aid dollar can achieve if spent in different ways.

I would be the first to argue that the SDGs are problematic: the simple 18 MDG targets were replaced with an impossibly long list of 169 targets. That’s just silly.

But our research conclusively showed that among this list, there are 19 incredibly powerful development targets. If USAID focuses more on the most effective targets, the public could be reassured that every dollar is achieving the most possible.

The reduction of childhood malnutrition does deserve funds. Evidence for Copenhagen Consensus showed that every dollar spent providing better nutrition for 68 million children would produce over $40 in long-term social benefits.

Malaria, too, deserves attention. A single case can be averted for as little as $11. We don’t just stop one persons suffering; we save a community from lost economic productivity. Our economists estimated that reducing the incidence of malaria by 50% would generate a 35-fold return in benefits to society.

Tuberculosis is a disease that has been overlooked and under-funded. Despite being the world’s biggest infectious killer, in 2015 it received just 3.4 per cent of development assistance for health. Reducing TB deaths by 90 per cent would result in 1.3 million fewer deaths. In economic terms, this would bring benefits worth $43 for every dollar spent.

Another transformative target would be universal access to contraception and family planning. At an annual cost of just $3.6 billion, allowing women control over pregnancy would mean 150,000 fewer maternal deaths and 600,000 fewer children being orphaned.

There are 19 such targets that deserve prioritization, because each dollar would do a lot to achieve a safer, healthier world – a result that leads to lasting benefits for the US.

If common belief were right and foreign aid really did swallow one-third of all federal resources, it may indeed make sense to focus more on American needs.

But in a world where a few dollars can do a world of difference, spending just one percent of the budget on aid seems a sensible investment.

When it comes to development, everyone’s goal should be the same. Rather than slashing funds for development, the United States should maintain its global leadership by focusing on the areas where every dollar achieves the most good.