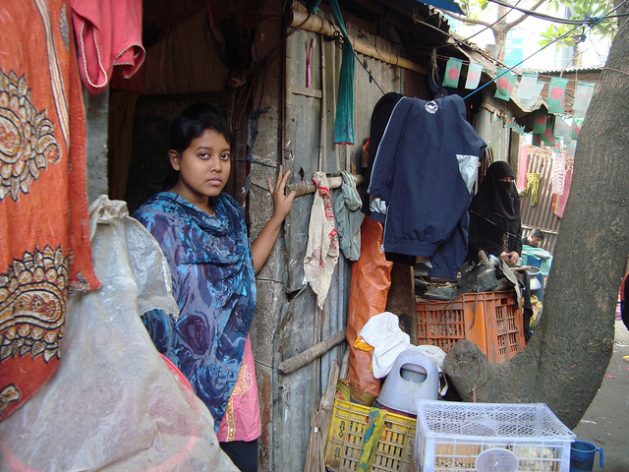 The latest Bank data on global poverty suggests that 767 million people, or 10.7% of the world’s population, live in extreme poverty. Credit: IPS

SYDNEY and KUALA LUMPUR, Oct 18 2017 (IPS) - As the United Nations’ Second Decade for the Eradication of Poverty (2008-2017) comes to an end, more self-congratulation is likely. Claims of victory in the war against poverty will be backed by recently released poverty estimates from the World Bank, entrusted by the UN system to monitor poverty.

Echoing an earlier complaint, economics Nobel Laureate Angus Deaton believes that the World Bank has an “institutional bias towards finding more poverty rather than less” to ‘keep itself in business’ leading the fight against global poverty. No wonder the World Bank faces a serious credibility problem when it comes to its poverty role.

The World Bank’s poverty estimation methodology is problematic, as admitted by Martin Ravallion who pioneered its dollar-a-day measure. Doubts remain, even after several adjustments. The Bank’s poverty line appears arbitrary as it has not been consistently anchored to a broadly accepted specification of basic human needs.

Asian progress exaggerated
The Asian Development Bank (ADB) argued that the World Bank’s $1.25 yardstick was not representative of Asia, the continent that has supposedly contributed most to the decline in global poverty according to the Bank. There were only two Asian countries, compared to 13 African countries, in the sample with which the World Bank set its $1.25 benchmark.

The ADB deems other factors more relevant, such as living costs for Asia’s poor, food costs rising faster than the general price level, and vulnerability to natural disasters, climate change, economic crises and other shocks. Its estimated extreme poverty rate for Asia in 2010 thus increased by 28.8 percentage points to 49.5% while the estimated number of poor jumped by 1.02 billion to 1.75 billion people!

About 1.5 billion people in the 102 developing countries currently covered experience such acute deprivations. Close to 900 million people are vulnerable to falling into poverty following setbacks due to financial crisis, natural disaster and other factors.

In the Globalization and Poverty book, 15 economists considered whether globalization has helped spread wealth, as often claimed. They conclude that the poor benefit from globalization when appropriate complementary policies, such as investments in human resources, infrastructure, credit promotion, technical assistance and supportive institutions, are in place.

Most supposed evidence is indirect, suggesting poverty reduction is mainly due to growth attributed to globalization. But recent globalization has also seen sharply increased inequality and volatility, including more frequent and deeper financial crises.

Other policies associated with globalization and liberalization, such as privatization, financial sector deregulation and pro-cyclical macroeconomic policies, have also harmed the poor. The efficacy of programmes, such as microfinance and governance reforms, in significantly reducing poverty is now very much in doubt.

Rethinking poverty
The United Nations’ Report on the World Social Situation 2010 – Rethinking Poverty, and our accompanying volume, Poor Poverty, affirmed the urgent need to abandon the market fundamentalist thinking, policies and practices of recent decades in favour of more sustainable development- and equity-oriented policies appropriate to national conditions and circumstances. Such new thinking on poverty and its eradication can be summarized as follows: