The High-level Political Forum on Sustainable Development Must Address Migration 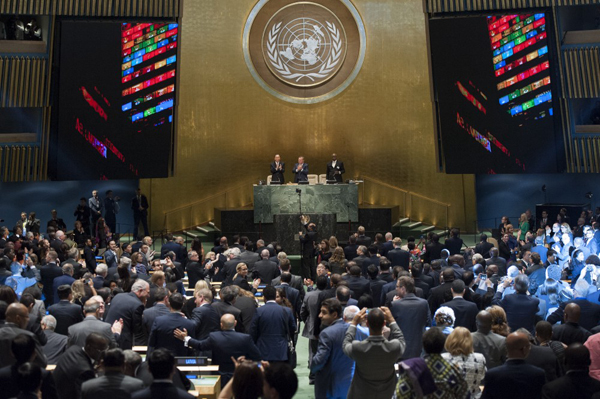 A view of the General Assembly Hall following the adoption of the post-2015 development agenda by the UN summit convened for that purpose on 25 September 2015. Credit: UN Photo/Cia Pak

United States, Jul 17 2018 - The 2030 Agenda for Sustainable Development (2030 Agenda) is a global framework of immense ambition and consequence. It is, as the UN Secretary-General has described it, a ‘blueprint for dignity, peace and prosperity for people and the planet’.

Its adoption in 2015 was hailed as a momentous occasion. For migration practitioners and policy makers, this was certainly the case. The 2030 Agenda was the first major UN development framework — at least since the Programme of Action of the 1994 Conference on Population and Development — to include specific commitments on migration. 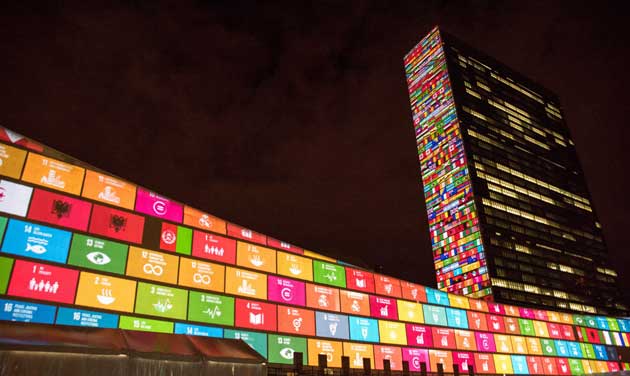 Three years into its implementation, there has been some positive progress. This includes reductions in maternal and under-five mortality, as well as unemployment, and increases in electricity access and labour productivity. In many other areas however, there is still a great deal of work to be done. The UN has reported that in some cases, current progress may be ‘insufficient to meet the Agenda’s goals and targets by 2030’. 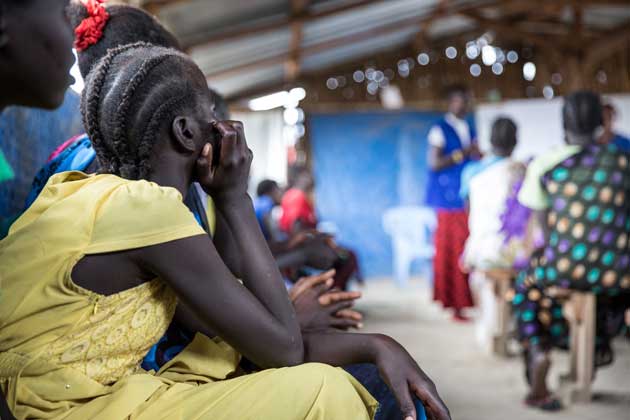 Although it is currently very difficult to assess progress towards the migration commitments, global migration governance is arguably one area that risks being underserved in the race to 2030. This is the case both in a practical sense and in policy terms, with governments increasingly putting up legal and physical barriers to mobility, even as the number of people on the move continues to rise. 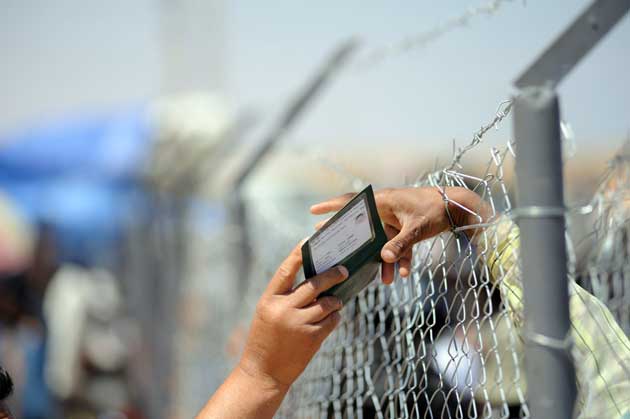 A challenge for those with an interest in migration governance is that although the links between migration and other policy domains have long been discussed by governments, academic institutes, international organizations and others, migration is still not sufficiently addressed in relevant policy development processes. This is despite migration being increasingly included in global multilateral frameworks, especially those adopted in the past 3–4 years. As such, it is still difficult to draw attention to migration issues in an admittedly crowded development space, notwithstanding its broad relevance.

Although the anticipated adoption in December 2018 of a new Global Compact for safe, orderly and regular migration could help change that dynamic and will give migration a global agreement of its own, it will still be important to draw linkages with other development frameworks, including but not limited to the 2030 Agenda. The commitments that have already been made in the 2030 Agenda, Addis Ababa Action Agenda, and the New Urban Agenda, amongst others, must still be progressed.

Third round of the intergovernmental negotiations for the Global Compact for Safe, Regular and Orderly Migration (GCM) at the United Nations Headquarters. Photo: Juan José Gómez Camacho (2018)

For that reason, it is still vitally important to assess the implications of migration across the full 2030 Agenda, and to consider how good migration governance can produce positive outcomes for development. As the principle UN body mandated to review progress towards the Sustainable Development Goals (SDGs), the High-level Political Forum (HLPF) is the ideal platform from which to do that.

This year, for example, all environmental related goals being considered at the HLPF are of relevance to contemporary migration movements, as changes in the environment can drive people to migrate and similarly, migration of people can also impact the environment. It is critical to draw attention to the nexus between migration and environment, discuss existing best practices and support a forward-looking vision of comprehensive environmental approaches that systematically include migration dimensions. 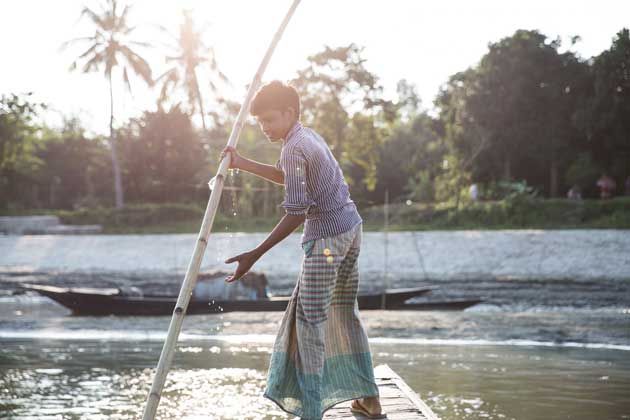 Boy on his boat in Sirajganj where a large community is affected by river erosion in Bangladesh. Photo: Amanda Nero / IOM (2016)

Similarly, migration is also relevant to Goal 11, on inclusive, safe, resilient and sustainable cities and human settlements. This is because the drivers and effects of migration are most strongly felt at the local level. Cities and other local and regional authorities are increasingly finding themselves at the forefront of responses to the complex challenges and opportunities that migration presents for development.

Governments must therefore establish joined-up and coherent migration governance systems and practices, including mechanisms to consult and support local authorities on migration issues, while also supporting local level authorities with frameworks and measures to ensure inclusive, cohesive and productive communities.

This is one of the core principles of the International Organization for Migration’s (IOM) Migration Governance Framework (MiGOF), which highlights the fact that migration, by its very nature, implicates multiple actors and that its good governance relies upon partnerships between all actors at different levels of engagement. These are also the messages that IOM will be taking to this year’s HLPF. 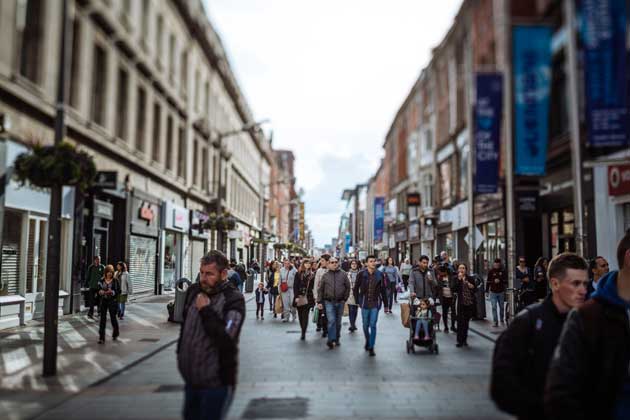 Future iterations of the HLPF will also be important to review progress towards global commitments on migration and development. In 2019 for example, the HLPF will review SDG 10, which includes a target to facilitate orderly, safe, regular and responsible migration and mobility of people, including through the implementation of well-planned migration policies.

It is already pleasing to see that some governments have addressed migration in their Voluntary National Reviews (VNRs) this year, and that a number of related events also have a migration focus. This sets a positive precedent ahead of the 2019 review of SDG 10. With migration continuing to be an issue high on the global political agenda, governments must consider migration and its impacts on development — in all its dimensions.

Some of the information in this article relied on the Sustainable Development Goals Report 2018 which can be accessed here.

This story was written by Chris Richter, Migration Policy Officer at the IOM Office to the United Nations.