The Philippines has been ranked one of the world’s ten worst countries for workers’ rights. Arbetet Global reports from a country which labour union activists brand as fascist. 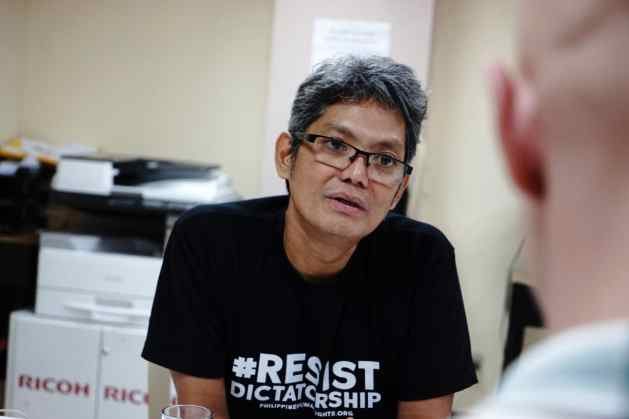 Sep 5 2018 (IPS) - “Isn’t it cool? I get some hostile looks when I walk around in it, but other people come up asking where they can buy one,”  Josua Mata says of his T-shirt, which reads “Resist dictatorship”.  He is the Secretary General of the labour union umbrella organisation Sentro and does not hold back when he speaks about the Philippines’ hard-line president, Rodrigo Duterte.

“This is the biggest challenge of the progressive movement at the moment. Since Duterte’s administration came into power, we have seen a series of measures that undermine what little democracy we have. Some say we are heading towards an authoritarian state. I prefer to simply call it fascism.”

That’s a strong word to describe a democratically elected leader?

“But it’s the correct word. Over the past two years, many have avoided using the term. They try to compare our situation with historical fascist regimes and say ‘that’s not what we have here’. But we don’t have to wait until we hear the marching of boots in the streets. The regime tries to appear legitimate, but it is moving towards fascism.”

“The Nazis had a word for this, ‘glechschaltung’, which describes the process of taking control of society’s institutions to gradually build a fascist state. Duterte has undermined the independence of Congress and thrown out the President of the Supreme Court. When he can’t bribe someone, he jails them instead. In two years, he has crushed all the progress we’ve made in the three decades since we kicked out the dictator Marcos.”

He has called both the Pope and former US President Barack Obama “bastards”.

When an Australian missionary was raped and murdered in the city of Davao, Duterte commented that the victim “was so beautiful, the mayor should have been first”.

During a press conference he put a piece of still-wrapped candy in his mouth, comparing it to the feeling of having sex using a condom.

But the president is most famous, or perhaps infamous, for his bloody war on drugs. According to figures from Human Rights Watch, at least 12,000 people have been killed by police and suspected death squads.

Mata believes that the war on drugs and the extrajudicial executions is not an end goal, but rather a means.

“It’s not about stopping the drugs but about spreading fear. To make critics afraid of speaking out. Duterte wants to change the constitution. We have seen drafts that would give him the same power as Putin in Russia. He will be able to appoint parliamentarians and legislate on his own. It’s dictatorship, even though it doesn’t look like in the past.”

A distinctive feature of dictatorships is to clear out critics. Are you afraid that you’ll be targeted?
“One of the first victims of the war on drugs was Orlando Abangan, one of our union organisers. He was always opposed to police harassment and when one of his relatives was arrested on false grounds, he tried to have him released. A week later, he was shot to death outside his house. So yes, we fear for our lives and for our organisers’ safety. We are especially worried for those who work outside of Manila. We are dealing with a person who has always asserted that problems can be solved through killing.”

Duterte’s election campaign was not only built on promises to stamp out crime and corruption. A work-friendly appearance was also a prominent feature. Among other things, Duterte promised to put an end to short-term employment contracts in the country’s fast food sector.

“During the campaign he said he would deal with these insecure employment conditions immediately after he came to power,” says Mata.

But two years after Duterte’s inauguration, nothing had happened. But contractualization is a major issue in the Philippines, and public calls for action was becoming increasingly loud.

In the end, on May 1st, Duterte issued an executive order.

It was presented as a way to stop the abuse of employees with insecure contracts but did not contain any enforceable measures.

Initial ovations were quickly replaced by criticism when the betrayal was revealed. Mata believes that Duterte made a mistake.

“He signed the executive order to escaper the criticism. But it meant he revealed himself. Now he has been forced to admit that he was unable to fulfil his promises.”

However, the image of Duterte as a friend of workers had already begun crack before that.

The Philippines’ public transport system is largely made up by so-called jeepneys, a type of transport that originated from converted US military jeeps that were left behind after World War II. When Duterte announced last year that all jeepneys older than 15 years would be banned, it quickly became a national issue. 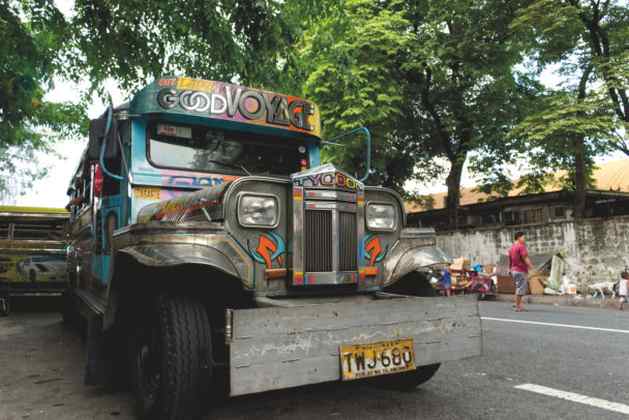 A jeepney is parked in a Manila street. Duterte has declared that all jeepneys older than 15 years must be replaced, but few drivers can afford the upgrade.

Modernising the fleet would have major environmental impacts – studies have shown that jeepneys account for about 15 per cent of particle emissions in Manila, one of Asia’s most polluted metropolitan areas.

But few drivers would be able to afford to upgrade to an electricity jeepney and the decree has been interpreted as a way to let Big Business take control of public transport.

In the capital, jeepney drivers went on strike. Duterte commented in his usual colourful way:

“You’re poor? Son of a bitch, suffer hardship and hunger. I don’t care.”

Mata shakes his head at the episode.
“This is the primary means of transport for the working class. And we’re talking hundreds of thousands of jobs.”

Dramatic outbursts, seemingly characterised by a lack of awareness about consequences, have made many draw parallels between Duterte and Donald Trump. A comparison dismissed by Mata.

“Trump is nothing compared to this guy! Duterte may be crazy, but there is method to his madness.”

Duterte’s outbursts are often interpreted as a reflection of the president’s temperament. But Sentro’s chairman says it’s about projecting power.

Like when Duterte recently announced that the tourist island of Boracay would be closed immediately to undergo environmental remediation.

“But instead of cleaning up one part of the island at a time, all of it was closed and 27,000 workers and their families left without income for six months,” says Mata.

Earlier this year, a murder of rare brutality rocked the Philippines.
Sentro

The union umbrella organisation Sentro was founded in 2013 and represents about 80,000 members across the public, private and informal sectors.

Sentro is a member of the International Trade Union Confederation.

The organisation is supported by the Swedish Olof Palme International Centre and its member organisations Livs, Kommunal, Seko and ABF Gästrikebygden.

It was discovered that a woman who worked as a maid in Kuwait, and had disappeared a year earlier, had been murdered by her employers and stored in a freezer.

When the diplomatic crisis subsided, the countries signed a contract for protection of foreign labour. Sentro supports the agreement but believes the path leading up to it was about making Duterte look good.

“We have always known that migrant workers in the Gulf States suffer massive rights violations in the workplace. But the videos they uploaded put our compatriots’ lives at risk,” Mata says.

70 percent of Filipinos are satisfied with their presidents performance, according to opinion pollster Social Weather Stations.

Mata believes the explanation is the factors he considers to be behind the international boom of populism. The power of big businesses’ and financial capital has increased at the same rate as that of elected parliaments has decreased.

“Now, we harvest the fruit of four decades of globalisation. This development has scared people and then it sounds reassuring when someone promises to shoot their enemies. The problem is just that when the man with the gun has killed all his enemies, he will turn the gun on you,” he says.

“The other reason he is very popular is that there is no credible opposition.”

So how would you create such an opposition?

“Since Duterte came into power, we are trying to build broader coalitions. The labour movement can’t do it on its own, we also need the social movements. We have established networks with the biggest farmers’ movements, women’s movements, environmental movements and youth movements. The goal is a political system that respects human rights. History has shown that it is a prerequisite for the struggle of the workers.”

Akbayan, the Filipino sister party of Sweden’s Social Democratic Party, is another partner. But the relationship has been strained, says Mata. From a labour union point of view there is a will to push more progressive demands.

“The problem is that the parties have failed the working class and the progressive movement. Even my own party has failed, even if they wouldn’t approve of my saying so. The strategy of democratic socialism has failed and needs to be reinvented. The ideology is not dead, but we must learn from our mistakes.”

What are these mistakes? And what lessons should be drawn from them?

”I think the whole idea that the workers’ movement should split into a labour union branch and a political branch must be questioned. Does the movement necessarily need a party to push its agenda? I’m not saying there is no place for parties, but I think the movement has become weaker by relying so much on them.”

Does that mean that the labour union should take the political helm?

“One of the problems is that we have ceased to be political, as if being political is something bad. And that has led to the split between movement and party. I believe the movement must go back to its roots, to the goal of the liberation of the working class. Let’s stop talking about collective bargaining for a moment and talk democracy instead. We need to reinvent ourselves. Socialism is the better option, but we have not managed to develop a pragmatic platform to make it work. Why?”